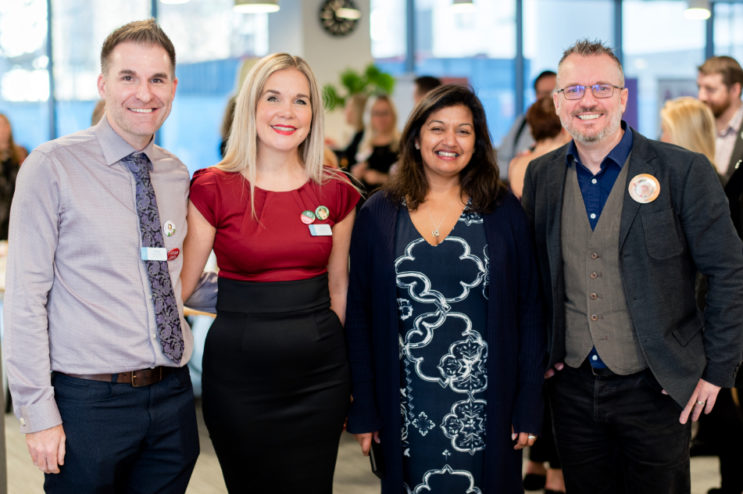 The Boardroom, ONLE Networking and The Athena Network, Dorset, joined forces to stage the event.

Sixty of their members attended the brunch which was hosted by Regus Bournemouth, Oxford Point.

Kevin Sheldrake, Founder of The Boardroom, said: “With our founding values being those of collaboration and mutual growth, it’s natural that we would look to collaborate with other like-minded business networks.

“We pooled our respective skills and memberships and created a brilliant combined community of local entrepreneurs and business leaders, to the benefit of everyone involved.”

James and Kelly West, who founded ONLE Networking last year, added: “We loved the joint event with The Boardroom and Athena because we believe in collaboration over completion and this extends to networking.

“A networking organisation should expand your network, not restrict it.”

Natalia DaCosta, Regional Director of The Athena Network, said collaboration was also one of the key values of the business club for female executives and entrepreneurs.

She added: “Working with The Boardroom and ONLE was amazing.

“It was a fabulous event, and I love that, together, we have been able to provide an opportunity for the wider business community.”

The Christmas Brunch Spectacular was given added sparkle with the attendance of Alastair Fee, BBC South’s business correspondent.

He interviewed a number of people at the event as part of a three minute package aired on that night’s BBC South Today giving business response to the General Election result.

Kevin said that the three business groups will organise a similar event next Christmas and probably do something in the summer as well.

“It’s a pretty unusual thing to do for four businesses (including Regus) with such overlap in their audiences to collaborate and allow cross-mingling between their communities.

“The event went very well, indeed, and was a great example of coming together and collaborating for the benefit of everyone. We all got a lot out of it.”