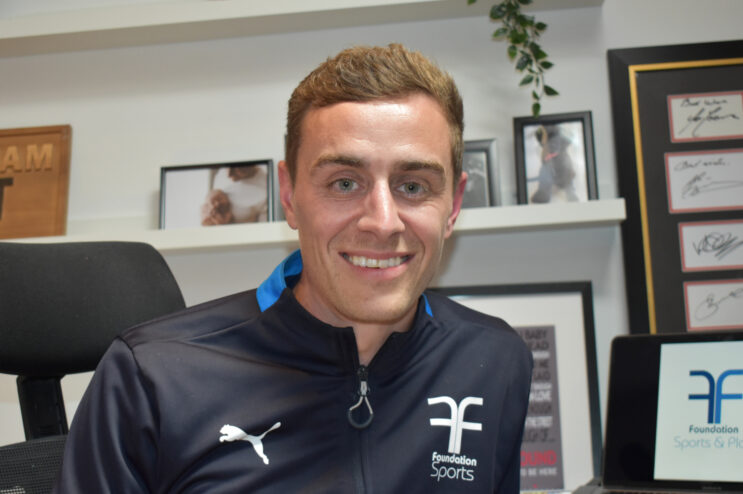 Josh Brown frequently has to pinch himself.

Just over two years ago, and like so many, the 31-year-old was staring ruin in the face.

The school sports coaching business he had so painstakingly built up faced collapse because of the pandemic.

Josh, who had only recently married with his wife, Ali, expecting their first child, said: “I remember it so vividly.

“It was pretty terrifying.

“I’d put everything on the line for this business but, almost overnight, it faced being wiped out.

“It was really scary.”

It was also gearing up for a busy summer of holiday camps.

He said: “I typed out what was probably one of the most important emails of my life to around 1,000 parents.

“It pointed out that, with three weeks left to the holidays, if I had to refund every single payment it would be absolutely catastrophic for our business.

“I promised we’d give credit and they’d get their full money’s worth.

“But just while we have ongoing outgoings for the business, and wages to pay, then if you can trust us we’ll put everything in when we can.

“The response was really good.

“I’d like to think it was a reflection on how well they viewed us.

“The future of the business really did hinge on that one email.

”I have to pinch myself sometimes when I think back to that time.” 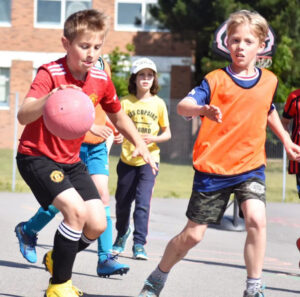 Fast forward to now and the renamed Foundation Sports and Play is about to go into its busiest-ever summer.

The business, which directly employs eight people including Josh and Ali, and has 18 self-employed coaches, will be providing holiday clubs for up to 160 children aged four to 12.

It will operate at two locations – Avonwood Primary School and BCS Prep – with a ratio of at least one coach to every 15 children.

Josh said: “It means we’ve developed now from being a sports coaching company to a childcare provider.

“We can accept childcare vouchers from parents working for the likes of J.P.Morgan and the NHS.

“It was such a big moment for our business and has opened up things massively.

“We can offer wraparound care and also now provide a whole range of alternative activities to sports including arts and crafts, wet play, dance and many other things.”

But, he said: “I’ve always wanted to start my own business.

“I loved playing football at school and then did business studies at college so really it was a case of joining the dots.

“Last summer was when we started to see 100 kids on one club. I never thought we’d see that number.

“It’s a massive responsibility and you can’t clock off, ever.” 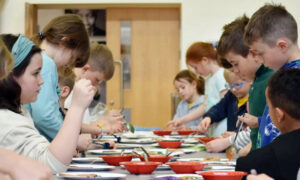 Josh met his wife, Ali, a former psychology teacher at Avonbourne Boys’ and Girls’ Academies, at the gym.

They married in December 2019 and have two children, aged 20 months and also four months.

Foundation Sports and Play operates all-year round with activity sessions costing from £5 upwards during term-time while holiday clubs start from £20 a day.

Turnover is in the six figures.

Josh said: “We looking to consistently grow and expand.

“I’m quite a ‘glass half full’ person so I never want to sit back and think: ‘I’ve made it.’

“Looking back to the pandemic and, in terms of the business, it was obviously incredibly concerning, stressful and worrying.

“But it was also the best thing that could happen to us.

“We were in the right place at the right time when the lockdowns ended with everything set up to accelerate us big time.”