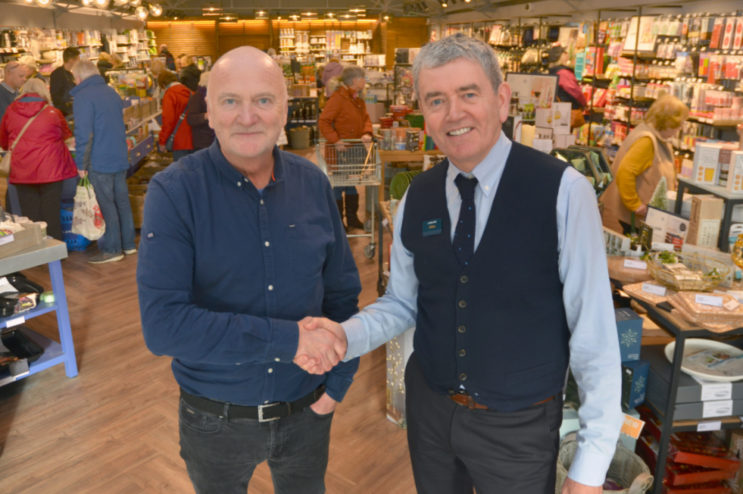 One of the three brothers behind the famous retailer Lakeland saw for himself its latest creation when he visited a Dorset garden centre.

The kitchenware and home group, which first began life as Lakeland Plastics in 1964, has opened a new store at Stewarts Garden Centres in Christchurch.

The interior design is the first to be used at a garden centre-based outlet.

Mr Rayner, together with brothers Sam and Martin, took over the family business in 1974 from their father, Alan.

Founded a decade earlier, The Brothers – as they became known – built the company to its present size with 70 stores, 2,000 staff and £130m annual sales.

Martin has since retired while Sam is Chairman of the Windermere-based business.

Julian Rayner said: “We are delighted to be located within the Stewarts Garden Centre as both businesses have a lot of factors in common.

“Our customer base is very home orientated and look for great service and a quality range of products.

“We also both sell pots, cooking pots and flower pots!” he added.

Mr Stewart congratulated Mr Rayner on Lakeland being rated first for retail customer service experience by the consumer organisation, Which?

Lakeland replaces the Pets Corner store in the centre’s courtyard.

Stewarts, which was established in 1742 and can be traced back eight generations, has now introduced a range of pet toys and treats within the Christchurch garden centre.