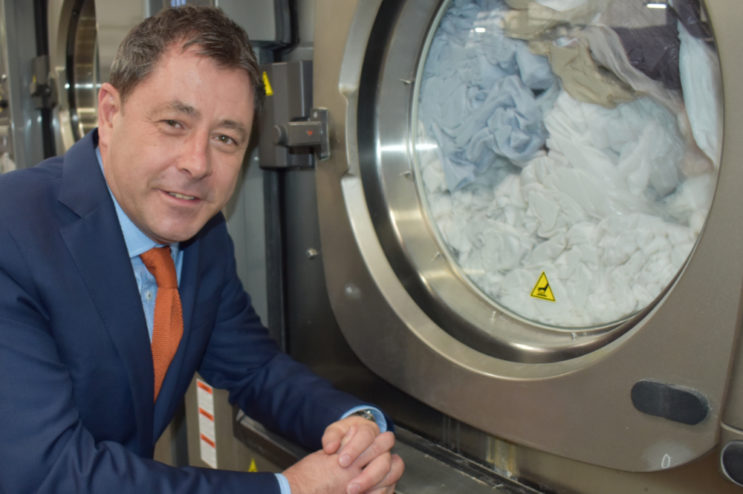 The 70 staff at Barker, the UK’s largest domestic laundry, have been placed on a four-day week.

The move immediately cuts utility bills at the energy-hungry company in Bournemouth by 20 per cent.

In addition, Matt has gone through the firm’s supplier list and put a halt to any non-urgent expenditure as well as reducing hours at its four retail shops.

“You have to rein in spending – and robustly and quickly,” he told Dorset Biz News.

“Every day that you create debt then it will compound and cause real problems in the future.

“Our retail side of the business is down 50 per cent and, overall, we expect to be down 25 per cent by the end of the week.

“Wages account for 52 per cent of our turnover while energy is our second biggest cost. We have to drastically control costs.” 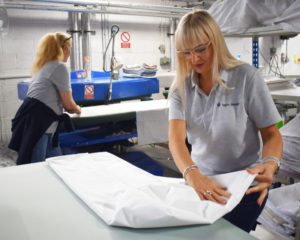 The current health crisis is yet another challenge to be faced by the 55-year-old businessman who owns a successful £2.5m turnover company.

He acquired the business in April 2000 from his father and in the following five years increased the turnover from £1m to £2.4m, mainly by acquiring other domestic laundry companies.

But then disaster struck.

The day, in September 2005, is still firmly etched in Matt’s memory.

He returned from a business trip to Andover to discover his staff standing outside the factory.

They had been evacuated after a small fire.

As Matt walked through the deserted building with a fire officer there was a crackling in the roof above their heads.

A fireman climbed a ladder and lifted a roof panel before shouting: “Just get out.”

Within 45 minutes the building had burnt to the ground and Matt’s 10,000 sq ft factory was a smouldering mass of twisted metal.

“A huge percentage of our turnover went up in smoke with that fire,” said Matt. 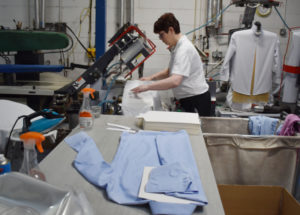 After a battle with insurers he eventually accepted a £1.275m settlement from a £3.5m claim.

Then came the job of rebuilding the company which was haemorrhaging money at an alarming rate.

It led to the most difficult action Matt has had to do in his professional life with 60 of his then 110 staff made redundant overnight.

Today Barker has about 3,500 domestic clients in central southern England and Greater London with a weekly collection and delivery laundry service.

But Barker is much more than laundry these days as Matt evolves the company from a heavily labour-intensive business model.

For starters, it is a global leader in the supply of starched dress wear to the legal profession and the film, TV and theatre industries.

In fact, its work has been seen in some of TV’s biggest period shows including Downtown Abbey, Mr Selfridge and Poirot among many others.

Barker, which can trace its history back to 1861, is now the only company left in the world providing a laundry and re-starching service for detachable collars and dress fronted shirts. 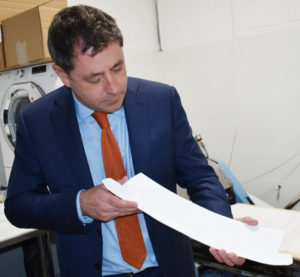 It also manufactures and sells a range of shirts and bed linen under its own label, the Barker Collection.

But for Matt, who was born and educated in Bournemouth, life is more than just business.

In 2010 he founded MYTime Young Carers, a Dorset-based charity providing breaks for young carers, age five to 18, at the charity’s outdoor activity centre at Worth Matravers.

The coronavirus crisis has heaped particular pressure on young carers.

Matt said: “We’ve had to stop all our operations at the centre.

“However, I’m looking at Barker providing a collect and return laundry service for between 50 and 100 young carers. It could start as soon as next week.

“It may help lift some of the burden on these very young shoulders.

“It’s a difficult time for all of us but especially this group and if we can help, we will.”