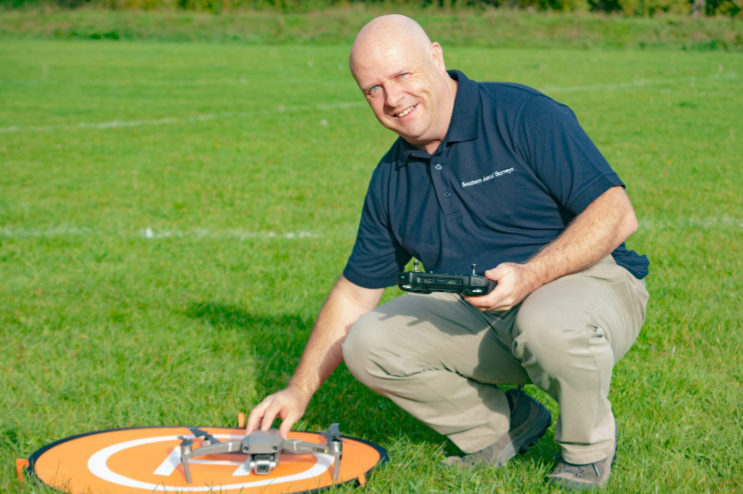 “Out of darkness comes light and I feel as though my wife is by my side whenever I go out and fly.”

The words of David Walker of Southern Aerial Surveys.

He launched his aerial photography and video business in August. 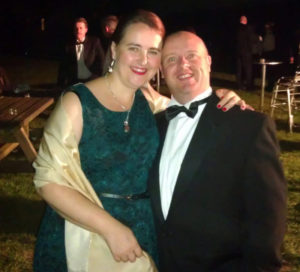 Four years after his wife, Laura, presented him with a tiny drone won as a prize at a trade show.

It was to start a hobby which quickly developed into a passion and now a business.

How proud Laura, pictured right with David, would have been of her talented husband.

Except she never lived to see it.

Laura passed away peacefully in February this year, 15 months after being diagnosed with bladder cancer.

David, who worked for 38 years in theatres as a technician and, latterly, marketing, said: “If it wasn’t for Laura I wouldn’t have my business now.

“The toy drone she got for me those years ago crashed and became stuck in a tree.

“Now, as I build my new business, I’m soaring above the treetops and looking forward to a very promising future.” 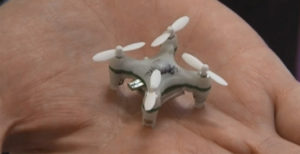 The original drone won by Laura in 2016 fitted into the palm of David’s hand.

But it succeeded in hooking him into a new and enthralling pastime.

In his words: “I was bitten by the bug.”

Every day he practised his flying, using a computer simulator to increase his skills if the weather outside was poor.

Online training sessions, exams, a YouTube channel, videos, subscribers, article-writing and the purchase of a more advanced drone all followed in quick succession.

And then, in late 2018, Laura received news which was to turn their lives upside down.

David, 47, said: “My wife was diagnosed with bladder cancer and had to be operated on imminently.

“Just six weeks later, on New Year’s Eve, she is in surgery.

After nine days Laura leaves hospital to start a course of chemotherapy.

It seems to work and, late last year, she received the all-clear. 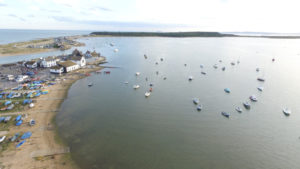 David, who lives in Ferndown, said: “The feeling of relief was overwhelming.

“Tears of joy flowed like a river and the relief was palpable.

“The stress and pain of the previous year lifted, and we couldn’t believe the good news.

“Joyful and optimistic, we both looked ahead at what we hoped were now better times.”

The cancer had returned.

Consultants decided to use immunotherapy to fight it.

But the treatment didn’t work and Laura passed away on February 1, surrounded by her loved ones.

As David grieved, his theatre work dried up because of coronavirus.

He applied for more than 140 jobs, preparing to turn his hand to anything.

From coffee shops to railways.

But nothing came about and the pile of rejections just got higher.

And then David had a thought.

Why not use a drone – the concept first introduced to him by Laura – to try aerial photography?

And now his business, Southern Aerial Surveys, has got off the ground.

It provides aerial photos and videos for planning and inspection of:

David said: “It’s early days but already the new website is starting to get enquiries.

“The future is beginning to look brighter again.”

Before she died, Laura wanted to make one last contribution to the world.

She set up a Just Giving Page to help raise funds for others with bladder cancer.

The target is £170,000, the cost for one person to receive a full course of immunotherapy treatment.

David, who married Laura in 2012, said: “To help reach this goal, I’ve decided to offer two free aerial photos or videos a week.

“It’s open to anyone in Dorset, Hampshire or Wiltshire between now and the end of the year and in return for a donation to her cause.

“Full details can be found on my website at southernaerialservices.co.uk” 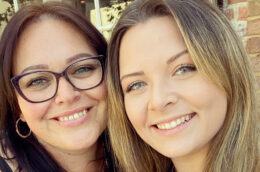 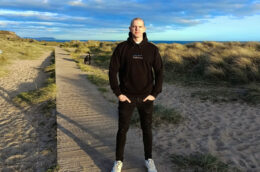 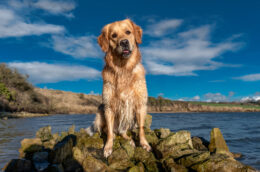