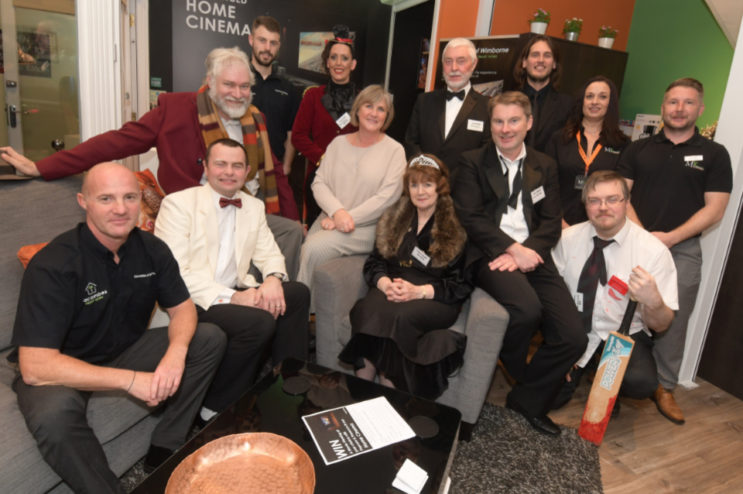 A touch of Hollywood came to Wimborne when an electronics retailer staged an instore cinema showcase launch event.

Wimborne Mayor Cllr Shane Bartlett and the Mayoress, Tracey Bartlett, were among the guests experiencing first-hand the ever-expanding world of home cinema and smart home technology at Dacombes of Wimborne. 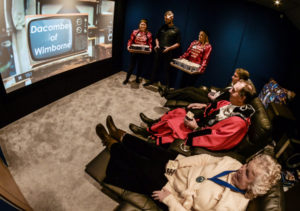 Guests, who enjoyed popcorn and a movie preview, were welcomed to the event by Dacombes Usherettes, The Greatest Showgirl, and other surprise Hollywood ‘stars’ including Darth Vader and his Storm Troopers and Beetlejuice.

There were also appearances from Dacombes’ very own James Bond, The Queen, The Godfather, The Doctor and Shaun of the Dead.

Food demonstrations were provided by nutritionist Barbara Cox, who treated guests to healthy popcorn and snacks.

Dacombes celebrates its centenary next year.

The latest investment from the family-owned and run store showcases the latest in 21st century home and workplace entertainment systems which uses smart technology.

Matt Renaut, Managing Director of Dacombes of Wimborne, said: “It was great to see so many people excited about the future of smart technology in the home.”