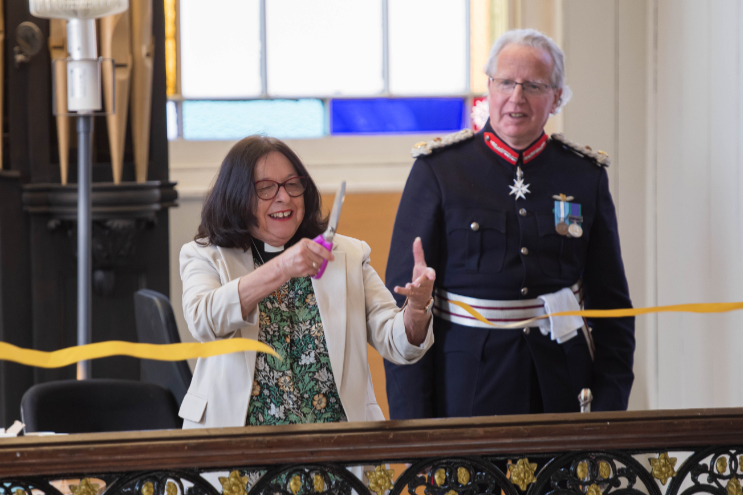 The Reverend Pat Southgate, Chair of the Routes to Roots Trustees, cuts the ribbon for the Genesis Centre watched by Angus Campbell, Lord-Lieutenant of Dorset. Picture: Ben Stoney.
By Andrew Diprose, editor editor@dorsetbiznews.co.uk

Genesis Centre on Hill Street is destined to become the hub for all support and help available locally from charities, churches and local authorities.

It’s been described as ‘a one-stop place of change’.

The building is wholly owned and operated by the charity Routes to Roots (R2R) which celebrates its 20th anniversary this month.

The double celebration was marked by an open day attended by more than 150 guests.

They included Angus Campbell, Lord-Lieutenant of Dorset, and George Streatfeild, the former High Sheriff of Dorset.

Both had previously visited the building during its refurbishment.

At the opening the Right Reverend Karen Gorham, Bishop of Sherborne, R2R’s Patron, said: “For 20 years the aims of Routes To Roots have been based around the Christian values of hospitality, care and kindness and to see Christ in the face of everyone.”

The Reverend Pat Southgate, Chair of R2R’s Trustees, spoke of her pride at what the charity’s volunteers and supporters had been able to achieve. 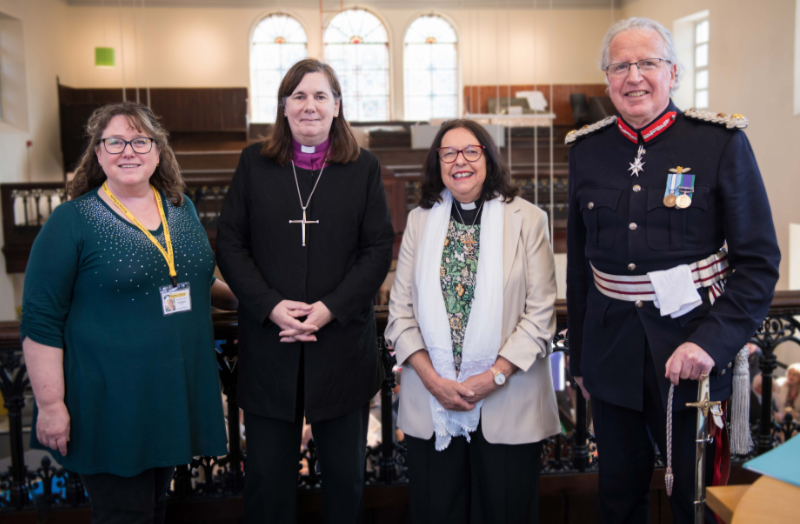 She said: “This is a long-held dream come true.

“Twenty years ago we were able to bring rough sleepers off the streets for a hot meal for just a few hours on a couple of days a week.

“Now in that very same building, the old Baptist Church, we will be able to offer not only a hot meal but real life-changing support.

“We are extremely grateful to architect Ken Morgan who enabled us to secure both listed building consent and planning application approval in July 2020 and who has now brought us to the point of being able to open our doors.

“We are also thankful for the confidence shown in our vision by Talbot Village Trust, who not only provided an interest-free loan to enable us to buy the building but also contributed substantially to the renovation costs.” 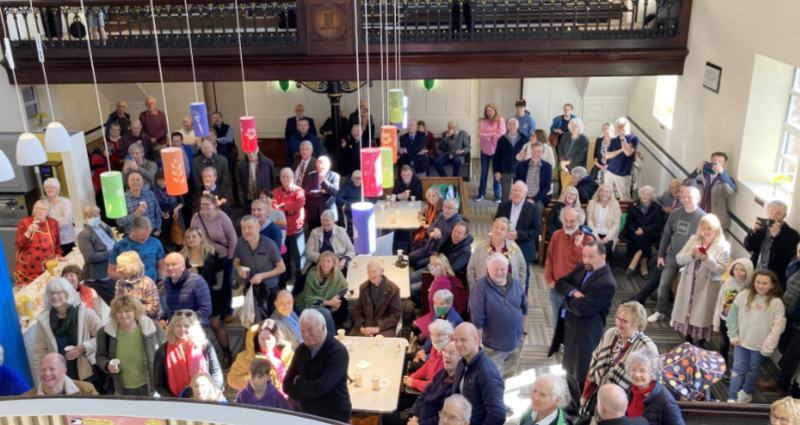 Routes to Roots purchased the building outright in February 2020 – just in time for the country’s first lockdown.

Despite this, the charity carried on with its plans for the complete restoration and refurbishment of the Grade II listed building.

It proved a major undertaking, which would have been impossible, said R2R, without the tremendous support shown both locally and nationally.

Over the two years since the purchase, R2R received nearly £212,000 in grants from 18 foundations and trusts.

Other money came from local businesses, churches, schools and individuals.

There is still work to be carried out on a second hall and to the outside of the building and the charity says that fundraising is continuing to pay for this.

However, it doesn’t affect the ability to run drop-ins and welcome back outreach partners to provide addiction, mental and physical health support, chiropody, housing and benefit advice.

Shower and laundry facilities are available and there are also computers for use. 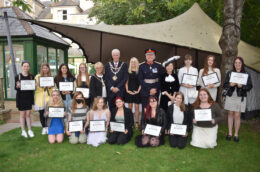