It was to prove quite a start for a fledging building company. 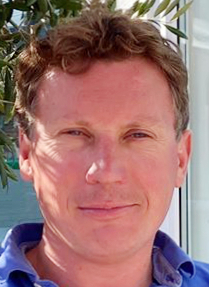 Oliver Ambrose, Managing Director of Conceptual Homes Ltd, pictured left, still talks with pride of the project which began in 2012 and took three years to complete.

He joined forces with fellow Director Malcolm Bishop to build the house, on a large plot in Alington Road off Poole’s Evening Hill.

Conceptual Homes undertook the entire process of the build, from planning to completion.

Malcolm, a vintage car enthusiast who founded and sold Eurotel before creating the Brooklands Vintage Motor Car Company, was to prove a big influence on Oliver, then 32.

“It was our first main project and Malcolm was a great business mentor. I learnt so much from him,” said Oliver.

But Oliver, and Conceptual Homes, have continued to go from strength to strength. 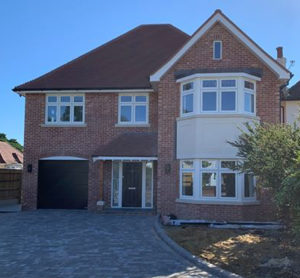 The company has just completed a traditional family home on a corner plot in Branksome Dene Road, Poole, pictured left – the first new build in the road since 1940. 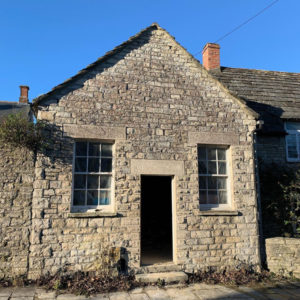 Meanwhile, at the other end of the scale, Conceptual Homes has been working at The Reading Room in Swanage, pictured right, which dates back to 1867.

It is installing an internal steel frame to the building as well as a new mezzanine floor and removal of the old trusses to create a unique living space.

Both jobs, says Oliver, are examples of the wide range of work his company undertakes.

He said: “We mainly do refurbishments and remodelling with just the occasional new build.

“The work is virtually all by word of mouth and recommendations.

“We’re a small team with me and Andy, my dad, a great site manager and the backbone of the company.

“Rhiannon (Parry), who is my fiancée, is the company secretary who runs the office.

“We use a trusted team of sub-contractors including plumbers, electricians and carpenters.

“There is competition but we tick along very nicely and had our best-ever year in 2019.” 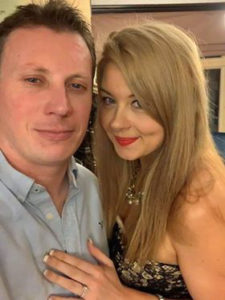 Oliver and Rhiannon pictured on the day of their engagement, Valentine’s Day this year. Their wedding is in July 2022.

Not that Oliver, 40, set out to own a building company.

“When I was 16 and 17 I was heavily into motorboats, water skiing, mountain biking and the like.

“I’ve always enjoyed boats, in particular, and worked at Salterns Marina in Poole where I got involved with valeting, crewing and going abroad with the delivery of Sunseekers,” he said.

It was while on a computer course at college, studying web and graphic design, that he developed an interest in architecture, a vocation practised by his grandfather.

But studying for up to seven years for his architectural qualifications didn’t appeal .

Instead, he learned many of the skills required by joining Ellis and Partners, the independent valuers, surveyors and property advisers.

As Building Consultancy Manager, he was responsible for the management of the building consultancy and CAD department, concentrating on the company’s commercial and residential property schemes. 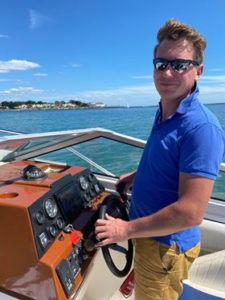 Still keen on the water – he’s the owner of a 27 ft Sunseeker built in the late 1980’s and called For Buoys – Oliver admits Conceptual Homes is now at something of a crossroads.

He said: “I’m hungry and want to expand but, then again, I like to relax after a day’s work and think do I want us to get bigger?

“I’m also a control freak and don’t like to let go but I also realise that’s what I’ll need to do if we’re going to expand.”