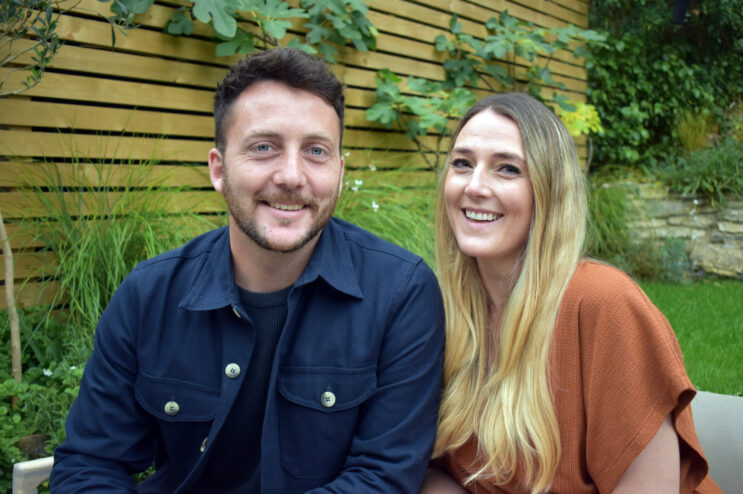 Working together with their own business was always on the cards for Matt and Elle Evans.

Because it was while on honeymoon in Bali that the couple sketched out plans for a future business on the back of a serviette.

And now, three years later, both have become partners in design as well as life.

Elle has left her previous job as a senior interior stylist with Amara Living, one of the UK’s largest luxury online retailers, to join Matt, a landscape designer, in The Garden Room. 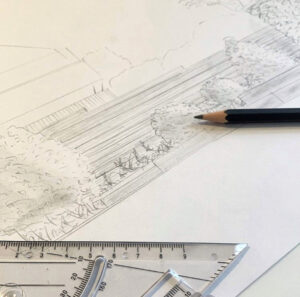 It means their creative design studio, incorporated two years ago as The Garden Room Living & Landscape Studio Ltd, can now offer a full range of design services, both inside and outside.

“I’m really looking forward to supporting Matt in the business as well as taking on my own projects.”

“It makes perfect sense for us to work together using our complementary skills.” 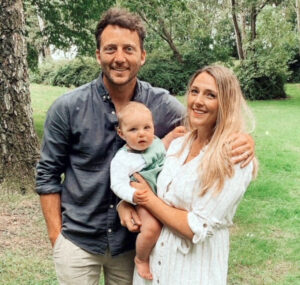 The couple, who have a 22-month-old daughter, Alba, and live in Lilliput, Poole, have known each other since the age of 16, growing up in Hertfordshire and neighbouring Essex.

Their paths crossed again at university.

Matt studied sports science at the University of Southampton while Elle did a degree in fashion styling at the nearby Solent University.

Elle went on to work extensively as a creative stylist, working as a freelance with several agencies and studios, as well as living in France with Matt and, eventually, joining Amara Living.

Matt worked in a variety of jobs including a water sports academy, ski instructing, a charter broker with Sunseeker Charters and for a marine glass manufacturer and also architectural practice.

But from an early age he’d had a passion for the outdoors spending much of his childhood working in the family garden in his native rural Essex.

In 2018, and desperate to start his own business, Matt re-trained after studying for a diploma with the  British Academy of Garden Design, turning his passion into a career in horticulture and design,

Matt said: “I just love the creativity involved in the whole process.

“The business got very busy quickly. It was obvious we were onto something.

“I really didn’t expect things to take off so soon.” 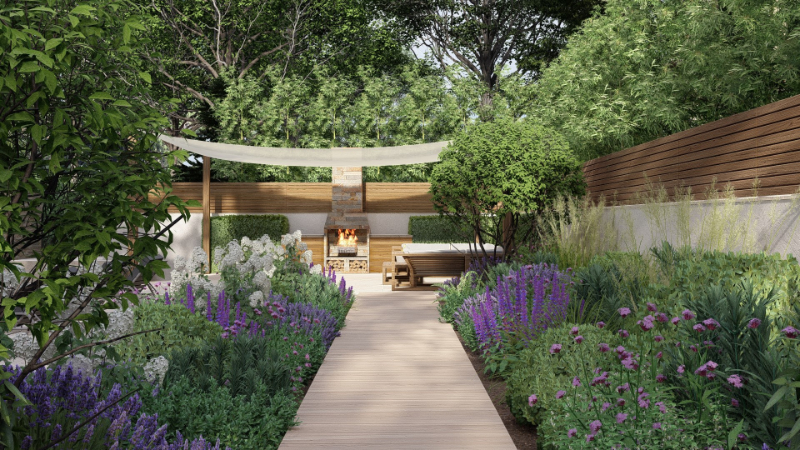 Sustainability and the environment are always at the heart of Matt’s designs.

As a surfer, he has a keen interest in coastal landscapes and protecting the marine environment.

Landscaping and garden design services offered by The Garden Room include:

Now Elle has joined the business, The Garden Room is able to offer a full interior and styling service. 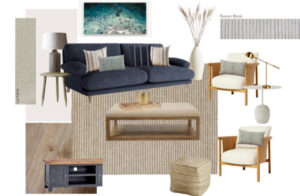 Projects can be managed from initial concept to completion and incorporate design, product sourcing, installation and final styling.

Matt said his clients were spread across Dorset, London and the south.

Much of the work is by word of mouth.

“Elle is joining the business at just the right time because there’s a lot of juggling.

“Without question, the pandemic has focused people’s attention on their homes and gardens.

“They want to make the most of their living space, both inside and out.

“I can’t see the things slowing down.”

Elle added: “I see the pressures on Matt but now I can do something to help relieve them, getting involved in all aspects of the business.

“It’s what we both planned and wanted.

“While a little daunting we both can’t wait to put all the plans we marked out on that serviette into action.”