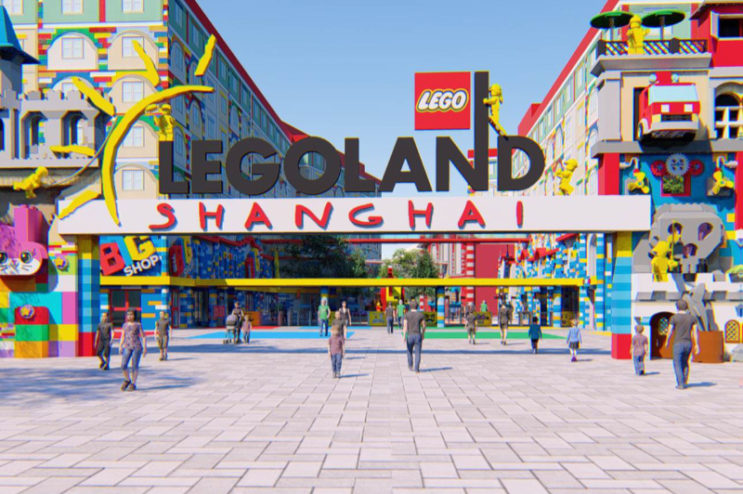 An artist’s impression of the planned new entrance to Legoland Shanghai.
By Andrew Diprose, editor editor@dorsetbiznews.co.uk

Global leisure giant Merlin Entertainments is to create one of the world’s largest Legoland resorts in Shanghai, China.

Under the terms of the agreement, all parties will form a joint venture company and contribute funding to the construction and development of Legoland Shanghai.

Legoland Shanghai will be one of the largest Legoland resorts in the world and will incorporate a 250-room fully themed hotel on opening.

It will be located in the Jinshan District in south west Shanghai with a two-hour catchment of 55 million people. The region comprising Shanghai, Jiangsu, Zhejiang and Anhui has an estimated population of 220 million.

The announcement was made at an event attended by Mr. Chen Yin, the Executive Vice Mayor of Shanghai, as part of the China International Import Expo.

China is a focus of significant development and investment by Merlin.

Since the start of 2018, the company has opened five new Midway attractions, including the world’s first Peppa Pig World of Play (Shanghai) and Little BIG City (Beijing).

Speaking at the event in Shanghai, Nick Varney, Chief Executive of Merlin Entertainments, described Shanghai as one of the most vibrant cities in the world.

He added: “A gateway city with modern consumers, Shanghai is already the home for many Merlin brands. 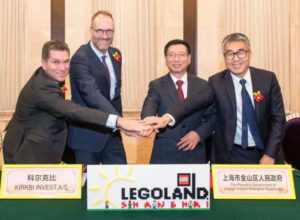 “It has been our ambition for some time to build a full-scale theme park that offers the people of Shanghai and visitors to the area the opportunity to immerse themselves in a unique Legoland experience.

“I’m honoured, therefore, to join our partners at this prestigious event and be able to announce this project which is a reflection of the scale opportunity in China and our commitment to developing our business here.”

The company is Europe’s Number 1, and the world’s second-largest, visitor attraction operator.

It now operates over 130 attractions, 20 hotels and six holiday villages in 25 countries and across four continents with more than 65 million visitors worldwide.

Earlier this year the company, which has its head office in West Street, Poole, was acquired for nearly £6bn, including debt, by a consortium including the Danish billionaire family which controls the Lego toy firm and other investors.