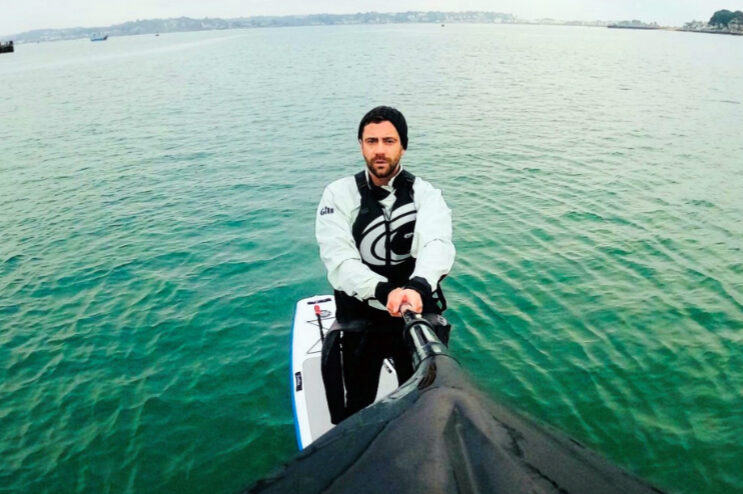 David Haze, 36, from Poole, became known as the ‘Nomadic Paddler’ after gaining six world records for paddle boarding across four of the UK’s longest lakes in four days.

Later in 2021, he then paddle-boarded across the River Thames in London, achieving his first Guinness World Record, and Lough Corrib in Southern Ireland, bringing his total record-breaking accolades to six.

His 7th challenge, taking place on Monday March 7, will see David attempt his second Guinness World Record for paddle boarding across one of the UK’s most famous lakes, Loch Ness in Scotland, which spans 23 miles from Fort Augustus to Inverness. 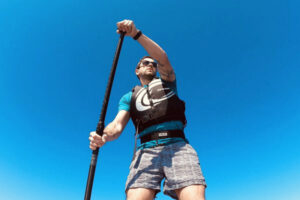 Crowned fastest in the world by stand-up paddleboard (SUP), David has always loved being on the water and, at the age of 18, achieved national sailing champion status while at university.

But it was later in life that he caught the bug for extreme challenges after spending time in prison.

David said: “I reached a low point in my life and made poor choices, but the good thing to come out of it was realising I had the power to change things and I made a decision to turn my life around there and then.

“My first port of call was to refocus my passion back into water sports and adventure.

“I was back out in Poole Harbour at 6am training once again and it felt good to be back, I’m ready to take on this latest challenge and give something back to a valuable cause.” 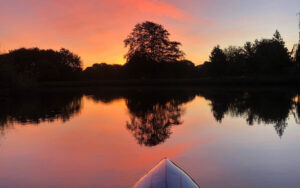 Following the attempt, Water Rascal will be auctioning David’s signature Loch Ness iRacer with all donations raised going to the JST – a global charity that provides sailing experiences for disabled and mixed ability crews on board its tall ship Tenacious.

“David’s values of community spirit and passion for adventure echo what we stand for here at Water Rascal.

“We first met David during the infancy of our business to gain some industry insight when developing our inflatable paddleboards.

“We are extremely proud to support David on his Loch Ness challenge and admire his triumphant growth from hardship to where his journey places him today.

“My team have developed a signature one of a kind iRacer with David for maximum performance during his attempt.” 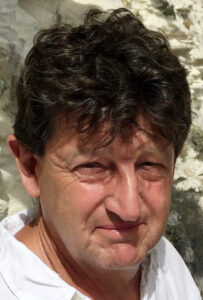 Patrick Fleming, Chief Executive of the Jubilee Sailing Trust, pictured left, said: “David is clearly extremely passionate and to raise funds through his talent for water sports is extremely commendable – and we are thrilled to be named as his charity of choice.

“We wish him all the very best and look forward to cheering him on all the way!”