N-ice work: Lindsay’s trip to Thailand results in the creation of one very cool Dorset business 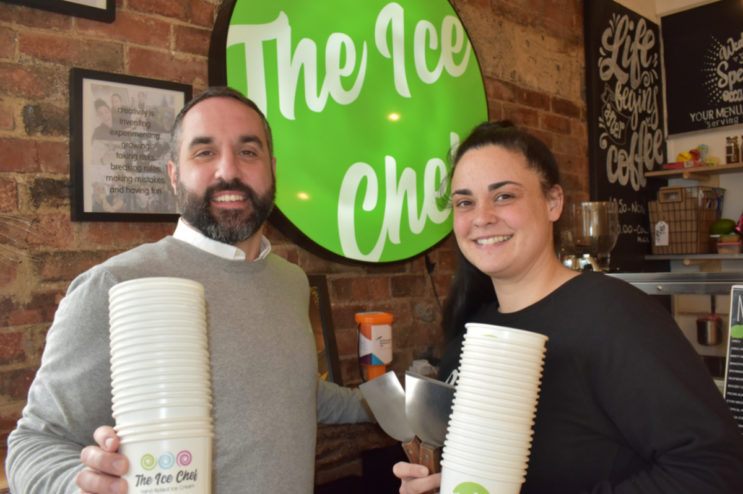 Lindsay Lyall will always remember the exact location where she came up with the idea for her business, The Ice Chef.

The former youth counsellor was on holiday in Thailand, taking stock of her life and the direction she wanted to take. 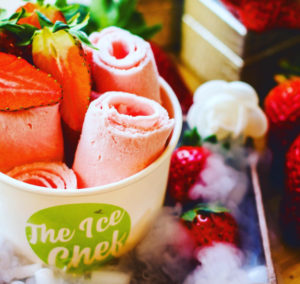 And then she spotted an ice cream seller.

But this one was not just handing out ices.

He was also laughing and engaging with his customers as he created the ice creams in front of them.

It set her thinking.

Perhaps her future also lay in ice cream, but a variation on a theme, using her creative talents? 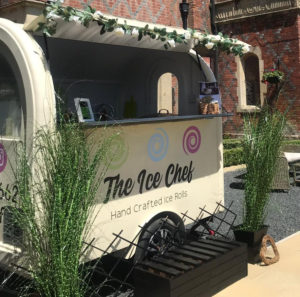 Fast forward eight months and Lindsay, a 32-year-old single mum, had bought a new mobile ice cream pod from Singapore and was busy stocking up with ice cream tubs.

She had also enrolled on a course about starting a business and was trialling her creative skills.

Because these weren’t going to be any old mass-produced ice creams dispensed from a machine.

Lindsay’s ice creams were going to be mini works of art, made of fresh hand rolled ice cream and, just like that seller in Thailand, created in front of the customer.

Above all she would be talking, listening and engaging during the five-minute process. 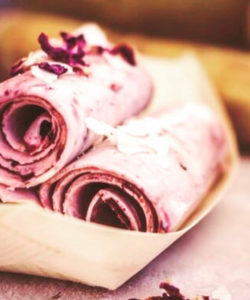 Lindsay said: “My first proper test was the Colourfest festival in Wimborne. I had a one and a half hour queue. It was quite amazing.

“Last October I opened up my new shop in Bournemouth and this year we have four or five weekend bookings every month.

“It can be anything from a wedding to a children’s party or a baby shower.

“I’ve always wanted to do my own thing and learn – and do – more.

“In time, I’d like to move into new areas but one step at a time.” 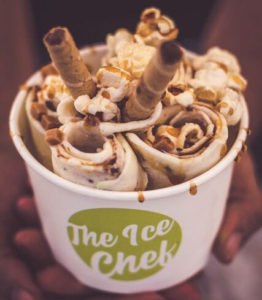 Lindsay’s shop, in Charminster Avenue, Bournemouth, has 15 ice cream flavours to choose from.

She also operates through Deliveroo and has seen a large rise in vegan options.

As Lindsay hand rolls the ice cream, she explains the process and also encourages her customers, invariably young people, to open up about themselves.

Little wonder then that of the 21 reviews on TripAdvisor, 20 rate The Ice Chef as ‘excellent’ with one ‘very good.’

Ian Dancer, a small business strategist who is advising Lindsay, described his client as a ‘creative ball of energy.”

He added: “She is just amazing and one of the hardest working – and inspirational – people I’ve met. 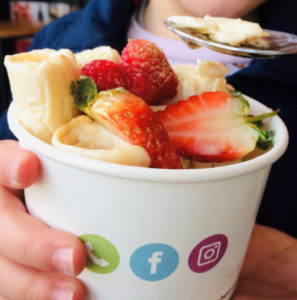 “We’re like Yin and yang in that my skills complement Lindsay’s, bringing structure, organisation and the bigger picture.

“We want to have a corporate engagement strategy as I believe The Ice Chef has a perfect offering for companies, large and small, who may be putting on events as well as retailers like Smyths toys.

“We also want to make sure the assets, such as the ice cream pod and shop, are being used to the full and, ultimately, expand and grow the business through a franchise model.

“Lindsay has a fantastic business with great potential for the future. My children absolutely love the ice cream.”