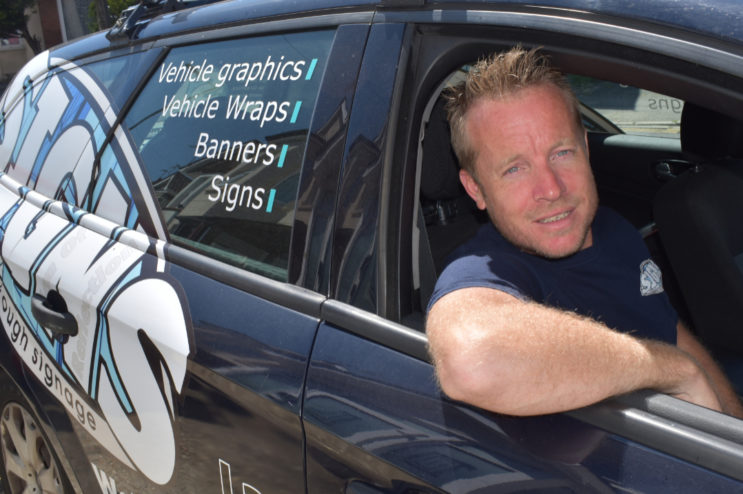 Life can change in a split second.

Graham Jones is living proof of that.

But he very nearly didn’t live.

He had just left the residential care home where he worked as a Deputy Manager and was driving to see his partner.

And then, a second later, a car careered towards him, on his side of the road, at 60mph.

“There was a huge bang.

“The police said I was lucky to get out alive.

“The fact that it was a head-on collision meant the airbag was fully activated.

“It probably saved my life.”

Graham suffered seven breakages, as well as damaged lungs, and was in hospital for a fortnight before recovering at his Bournemouth home for several weeks.

The other driver, whose car blew up after the collision, survived and later received a year’s ban for careless driving.

The accident, together with a pressing need to look after his young son, Lewis, then aged seven, after the break-up of his marriage persuaded Graham that his life needed to take a new course.

And that involved setting up his second business.

Yet again, the signs pointed in one direction.

Because from 2001 until 2010 he owned a sign-making business, Sign Wizard.

He called it a day after the last big recession and taken up a job in residential childcare.

Now it was time to return to his business roots but with a venture firmly based around his family needs. 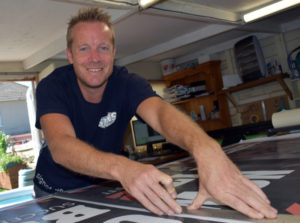 The name is significant.

Graham, who operates from a hand-built workshop at the bottom of his garden, said: “The accident, the need to be with my son and the fact that I wanted to live my life differently made me reflect.

“The business was my sign of reflection and that became its name.

“I’m very close to my son and was determined that my life would revolve around him.”

Just about to celebrate its second anniversary and Graham’s business, which designs and manufactures all types of signs, has come a long way.

He said: “I started with zero pennies and no business budget.

“But I’ve built up a good number of customers using social media to the full as well as word of mouth and references.

“I specialise in vehicle graphics and can offer full colour vehicle wraps along with vinyl cut graphics.

“These really make a business stand out from the rest.

“I welcome all enquiries, no matter how big or small.

“It could be a small name sticker for a child’s bedroom or a fleet of vehicles that require graphics. 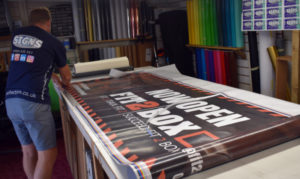 “I also offer a mobile fitting service for vehicle graphics so there’s no need to take the day off work while the graphics are fitted.

“My customers range from one-man traders through to businesses with a fleet of vehicles.

“I swoop under the bigger companies, picking up the little jobs.”

What effect has that had?

Graham, who lives with his partner, Carly, as well as Lewis, now ten, and six-month-old Archie, said: “Work completely stopped for six weeks.

“But now it’s really picked up and I’m busier now than before the lockdown.

“I’d like to grow the business but I’m happy with the way things are.

“I enjoy the creative side but also the person-to-person contact.

“Above all, I like the fact that I’ve got a work/life balance.

“I’m at home for Lewis and that’s the main reason for doing what I do.”