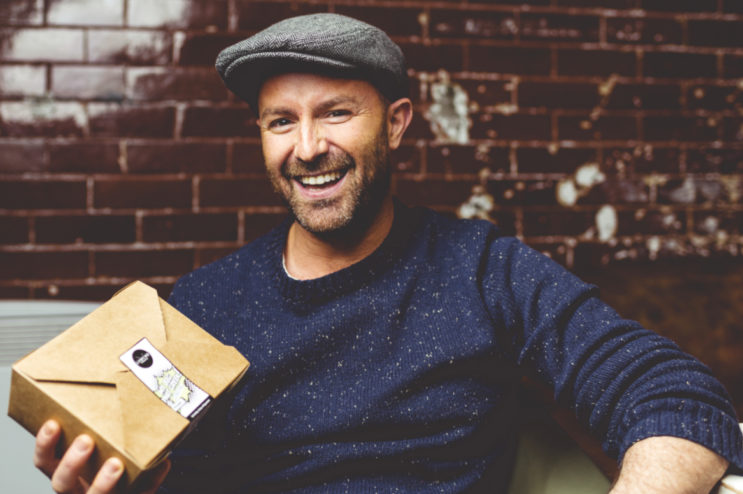 Oli Perron, Chef and Founder of Lunch’d: “Lunchtime is a half-hour oasis for many and I’m passionate about making it as good as possible.” Picture: Jon Syrett at @Trailcreative.
By Andrew Diprose, editor editor@dorsetbiznews.co.uk

Award-winning food entrepreneur Oli Perron has a passion – and he wants to share it with you every lunchtime.

The 42-year-old founder of Lunch’d, known for his advocacy of tasty and healthy food for the office, launched a new lunchbox subscription service from Monday.

Customers in the Bournemouth, Poole and Christchurch area can pick a package from one, three or five times a week.

Delivered direct to your office by midday, the box can be either meaty or vegan or a mix.

It comes with a salad using seasonal local produce, where possible, and is gluten and dairy free.

Costs start from £5.95 for a once a week delivery and includes a super-salad or heat & eat box, crisps or matching breads and a dessert bar.

The subscription is a reset for an initiative first trialled by Oli in 2014 but which became fraught with problems.

But this time, said the self-taught chef, things will be very different.

He said: “We’ve moved on leaps and bounds from then, not just in our marketing and payment methods but our financing of the business and where we prepare the food.

“Lunchtime is a half-hour oasis for many and I’m passionate about making it as good as possible.”

Oli, who moved to Dorset ten years ago, has twice quit jobs paying more than £40,000 to follow his dream of owning a food business.

His ‘lightbulb’ moment came while working as an Account Manager at Poole-based marketing agency, Folk.

He said: “I started making healthy lunches for the staff, then clients and before long others were asking if I could do the same for them.

“It set me thinking that, perhaps, I could make a business out of this so I left my job in 2014 and chanced my arm.” 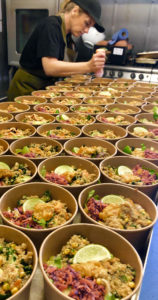 The reality, though, was very different.

“I was operating from my flat kitchen and doing everything – cooking, delivering and marketing.

“It was amazing, fun but very chaotic.

“Bills were piling up and I sold everything to keep going.

“It was tough and I hit rock bottom in terms of owing money but I had an inner confidence and a belief that it would work out.”

Oli operates from a five star rated commercial kitchen and can call on the services of three casual chefs.

He has done office parties for the likes of J.P.Morgan, Mercedes-Benz and other large Dorset-based companies.

Oli, who won Entrepreneur of the Year at the 2018 Dorset Food, Drink & Farming Awards, is also a nominated supplier to BCP Council and Poole’s Lighthouse, Centre for the Arts.

In fact, it’s the successful corporate events side of the business which will help underpin the new daily subscription service.

Ironically for someone who found it difficult to secure credit during his debt-ridden days, Oli is now featuring in a Visa film focusing on entrepreneurs and the challenges they face. 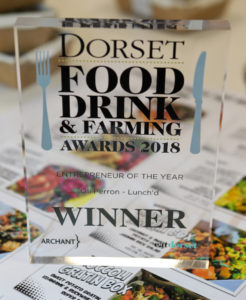 He was selected to take part in the three-minute video after a recommendation by Poole creative agency bbd.

His plans for the future?

Oli said: “We’ve now done over 40,000 lunches as well as a large number of corporate and company events.

“If the subscription service works over 12 months I can go to an investment company and say this is getting some early traction and let’s look at building on it.

“We’re creating something that people can subscribe to once and then just magically appears on their desk. Tasty, healthy and filling – they don’t have to worry about ordering lunch.

“It’s what I craved when I worked in offices and it could just be a game-changer.”