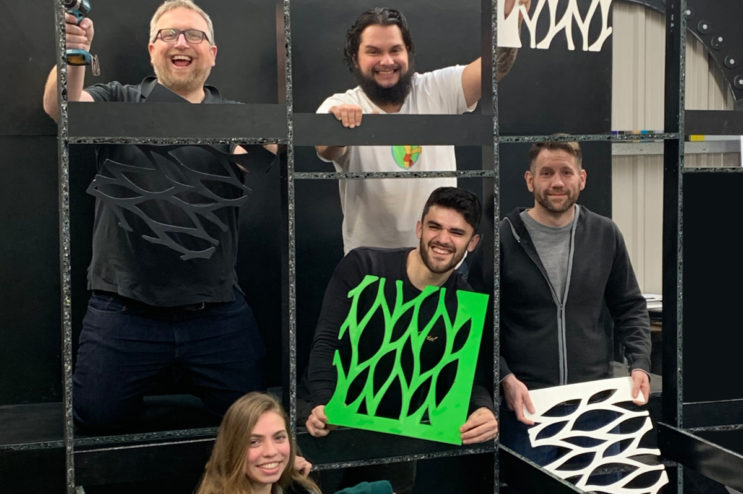 A Poole company which says it is the lowest carbon producing refurbisher of PCs and laptops in the world is practising what it preaches at a major trade show this month.

CFA Trading Ltd will be making its debut appearance at the Bett Show at London’s Excel with a trade stand made entirely of 100 per cent recycled plastic.

The company has joined forces with The Guild, a Dorset-based team of young architects and designers, to create the stand. 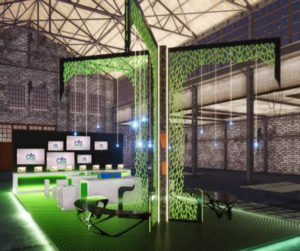 A CGI of the recycled plastic tree

The centrepiece is a 4.1 metre high recycled plastic tree.

After the show it will be repurposed in a dry landscape, or zen, garden which is currently in development

CFA, which was founded 16 years ago, will also be showcasing eco-friendly refurbished and reused PCs, laptops and mobile devices.

Leon Lindblad, Co-founder and Director, said his team were looking forward to sharing their passion for protecting the environment as well as their vision for 100 per cent recycled plastic to save natural resources and create a cleaner, greener planet.

He added: “Supporting education and helping the environment are of paramount importance to our business ethos.”

The Bett Show is the first industry show of the year in the education technology (EdTech) landscape and is held from January 22 to 25.

It brings together more than 800 companies, 103 new EdTech startups and over 34,000 attendees.

CFA will be holding live demonstrations, showing attendees how to recycle their own plastic and transform it into plastic filament used in 3D printers, to create new products.

CFA was created by Mr Lindblad and his wife, Joanna, who started trading laptops and PCs from a spare room in their house in 2004. It acquired its first warehouse two years later.

In 2017 the company become the largest Microsoft authorised refurbisher in the UK and Europe with the capacity to test and audit 2,000+ units every day.