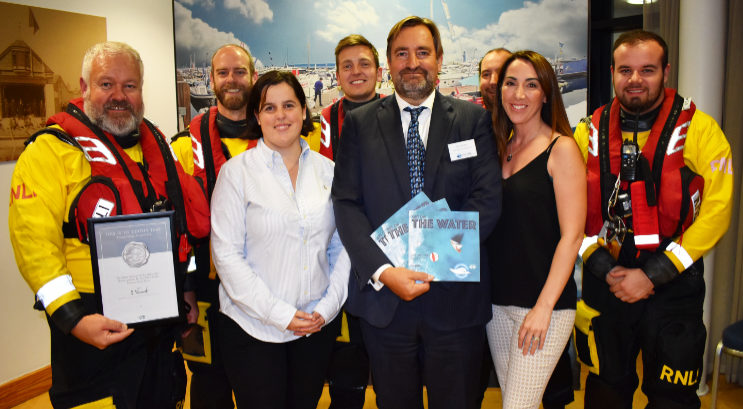 Poole Harbour Boat Show will return even bigger and better in 2020.

This year’s event proved a hit with more than 32,000 people visiting the show over its three days despite heavy rain and strong winds at times.

It’s now the UK’s second biggest boat show – only Southampton is ahead – but the fastest growing event of its kind in the country.

Speaking to invited guests at the 2020 official launch, Jim Stewart, Chief Executive of Poole Harbour Commissioners (PHC), which runs the show, said: “We’ll be introducing new elements next year to keep it fresh including an upmarket seafood area.

“We see ourselves as a community port and this is our way of giving back to the community by hosting Poole Harbour Boat Show.

“Already 60 per cent of marina spots have been taken for next year’s show and 45 per cent of stands are booked. It’s a free event and sponsorship is very important to us.”

This year’s show, which was in association with Sunseeker, showcased hundreds of boats on the water from £300 dinghies to multi-million pound yachts.

The line-up of activities and workshops included free taster sessions, allowing visitors to try their hand at paddle boarding, kayaking and dinghy sailing.

Among the firsts was Poole Bay 100 power boat racing which saw more than 33 power boats in the marina, preparing to race out to sea at speeds of up to 120mph.

Mr Stewart said that, as in 2019, there will be a heavy emphasis on making next year’s event eco friendly.

He also announced that the adopted good cause for 2020 will be Poole Lifeboat Station.

Sponsor packages are now available for the show ranging from partner to the highest-level platinum title sponsorship. Approximate costs are from £2,000 to £25,000.

Packages can be tailored and adapted to meet corporate goals or objectives. For more details on how your business can get involved contact Tracy Payne at tracypayne@phc.co.uk

For stand sales and exhibitor pitches email info@pooleharbourboatshow.co.uk or call 01202 649488.