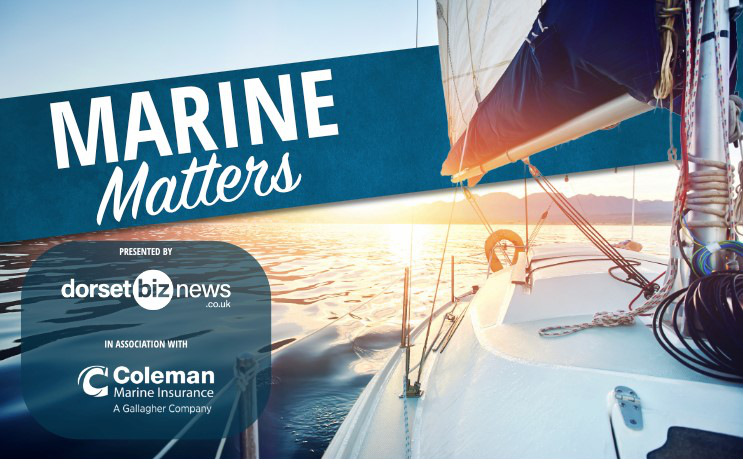 At Coleman Marine, a Gallagher company, we take great pride in our HQ being based on Poole Quay.

We observe from close distance the great work being carried out by Poole Harbour Commissioners in terms of its promotion, its services and the interests of Poole generally.

In this month’s Marine Matters, we chat with Richard Selby, a Poole Harbour Commissioner and Commercial Director & Head of Training at Maritime Aviation.

Richard is a hugely experienced and well-known local character with a wealth of experience and connections in the global maritime and superyacht aviation sectors and its associated adjuncts. 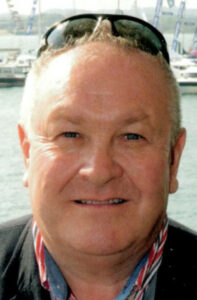 When and why did you become a Poole Harbour Commissioner?

I became a Poole Harbour Commissioner in 2021. Poole Harbour is a beautiful and amazing place for boating and incredibly environmentally interesting too. I have a strong desire to support its preservation and help in the promotion of the world’s second largest natural harbour. In my role I am involved in the promotion of commercial activity in the port, which includes cruise ships, cargo vessels, ferries and super yachts. It’s good to be able to bring my industry expertise and knowledge to support commercial activities – and, hopefully, the return of the Poole Harbour Boat Show. That’s a personal ambition. I bring a wealth of established marine and maritime connections who could potentially support the continued growth of the port and harbour.

There’s so much going on in the port. It’s important as a Commissioner that we seek to engage key stakeholders, of all types, in Poole Harbour. Poole is host to generations of marine heritage and as a community we must continue to preserve that heritage, the environment and the activities within it.

From a commercial perspective, Covid-19 has been a big challenge for these activities, particularly involving ferries and cruise ships, but we hope that 2022 and the demise of the pandemic will see increased activity in the port. We are already seeing the signs of that happening. For instance, the ferries are reporting increased bookings and there are companies expressing interest in increasing their activity in using the port. There are lots of exciting plans afoot! 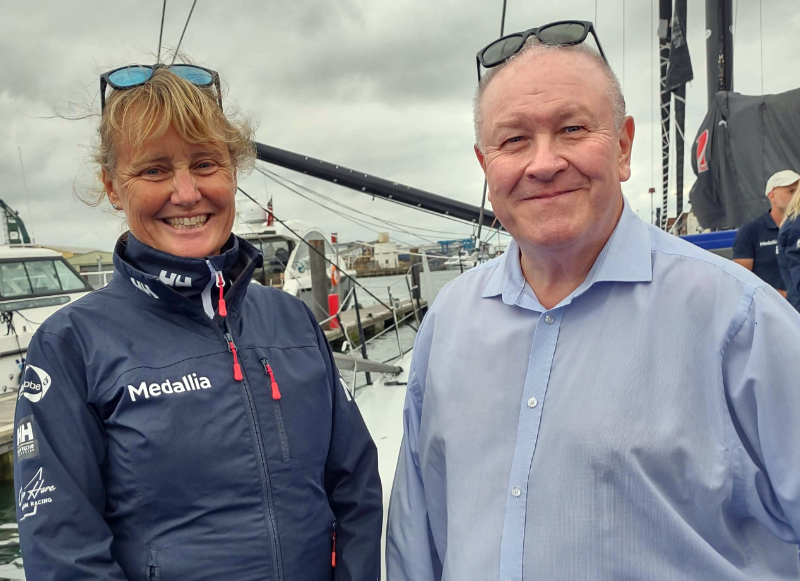 Tell us a little about yourself, your career path and your connection with Poole.

I’ve been involved with Poole, through work and recreation, since my days in the Royal Navy. Marine is in my blood, having commenced my career in the Royal Navy in 1979, where I worked at naval air stations, on aircraft carriers and assault ships. I served for nine years and worked around the world, including during the Falklands campaign in 1982. My naval career occasionally brought me to Poole but Poole Harbour was already a home for boating with my family and has always had a strong personal draw.

I left the Royal Navy in 1988 and joined the Fire and Rescue Service, working at airports and in the counties of Hampshire, Gloucestershire and Wiltshire. I worked both as a career and retained fire fighter up until 2001. During that time I was involved in the creation of a marine incident response group, to enable the fire service to more effectively respond to incidents on board ships. On my last station we had a fast rescue boat which was always very busy and I was proud for me and my crew to be recognised for the rescue of several people in the atrocious floods in the Midlands in 1998.

In 2001 I had a career change and spent several years in the pharmaceutical industry before an opportunity came up to take on a boatyard in South Devon which really commenced my full time engagement in the marine industry. I was the Sales Director and enjoyed a real career and life-style change, selling everything from £500k power boats, down to personal level watercraft.

In 2002 I became one of the first Community First Responders within the South Western Ambulance Service, responding to life threatening emergency calls in the community.  I continue this work to this day and worked on frontline ambulances during the first few months of the Covid-19 pandemic.

When did you join British Marine?

I joined British Marine and Superyacht UK in 2013. It’s the national trade organisation for the marine and superyacht industry and they are owners of the Southampton Boat Show and formerly the London Boat Show. I became Head of International Development and sat on the Maritime UK Export & Investment Committee, and  working closely with the UK and overseas governments, helping to facilitate industry exports and create inward investment and encourage businesses to exhibit at boat shows.

Richard supporting the marine industry and Colombian government officials at their first ever boat show in Cartagena, Colombia, in 2017.

I would bring key decision-makers from all around the world to the shows to interact with UK marine businesses. One of the most memorable occasions was hosting the Royal Air Force Red Arrows at the Monaco Boat Show in 2018. It was a prominent role and hugely enjoyable. It was a time of great learning and I loved being a part of the success of the businesses that I was supporting and would attend boat shows and trade missions all around the world.

Tell us about Maritime Aviation.

I joined Maritime Aviation in 2019 as Commercial Director and Head of Training. We have an enviable portfolio of superyachts and cruise ships. Maritime Aviation supports owners, designers, and shipyards with our expertise to create safe and efficient helicopter operations on board their vessels, both commercially & non-commercially. 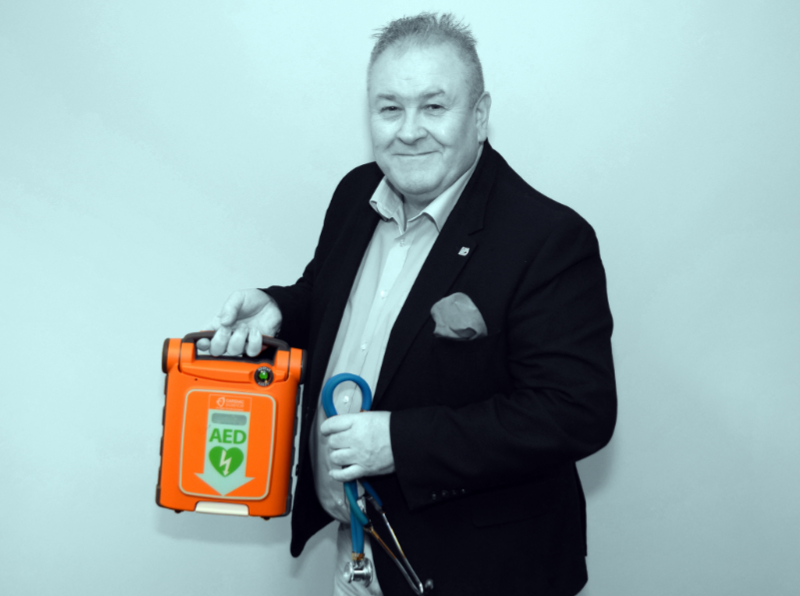 Richard, a Community First Responder/Medical Trainer, with a stethoscope and automated external defibrillator.

We were working with Poole Harbour Commissioners (PHC) to bring a brand new polar cruise ship into Poole in April 2020 for its final trials and training but unfortunately that was overwhelmed by Covid-19.  Maritime Aviation are working closely with PHC to encourage the captains of superyachts that we work with, which are built in the EU, to come to the Port of Poole to do their export paperwork before going off and enjoying their journeys. This communication is creating interest and more superyachts are considering coming to the port. Up until now, this paperwork would all have been completed in Norway, the Channel Islands or Gibraltar. 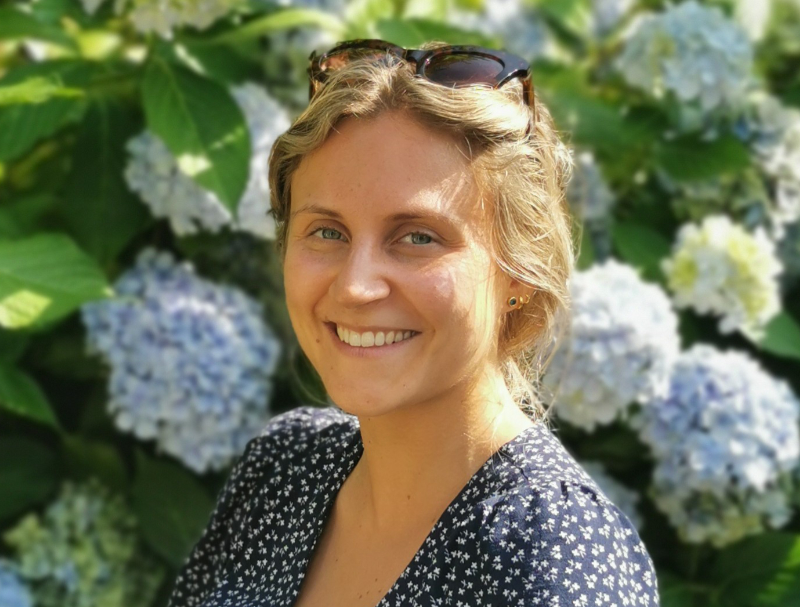 I was fortunate enough to start with Coleman Marine Insurance almost three months ago. I am incredibly grateful for a chance to join this team and very much looking forward to my future with them.

This role is the very beginning of my marine career. I come from a retail based and consumer-centric background that has ultimately led me to this job, where it is important to develop and sustain strong relationships with all our valued clients.

The best things about my job are my really lovely colleagues and having an office that is based in Poole Quay, which is great for lunchtime walks; and we are so close to the world famous Sunseeker International.

Use 3 words to describe yourself

I have always enjoyed being creative, so originally I wanted to be an artist, based in Cornwall as I love to be near the sea. I planned to have my own teashop where I’d sell my art and jewellery.

Too many people to choose from! So here’s a selection: Malala Yousafzai, Joanne Lee Molinaro, Rachel Cargle, my sister Jess, my eldest cousin Rebecca, my Mum, my three best-friends from school Amy, Emma and Emily… I could go on.

I am becoming more aware that as an adult I need at least ten hours of sleep at night in order to function correctly, eight will suffice, but ten is better. I am not coherent before nine in the morning. 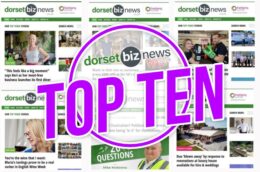