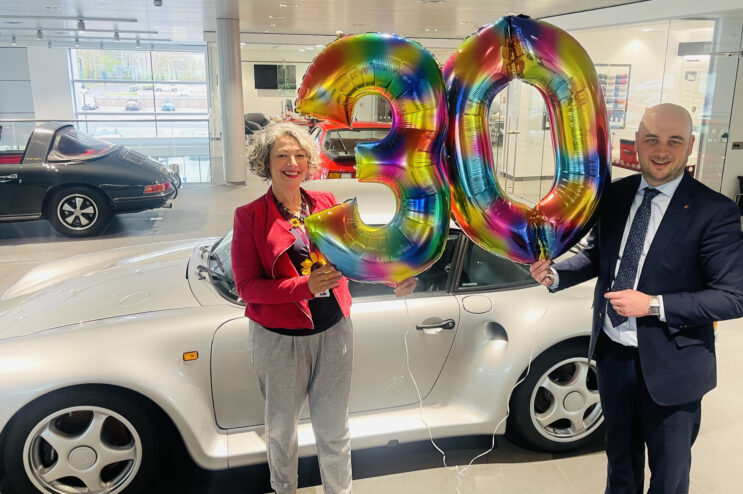 Porsche Centre Bournemouth, which moved into its impressive new home in Cobham Road, Ferndown, last October, has agreed to be the ball’s headline partner.

Jonathan Sullivan, Centre Principal, said: “We are extremely proud and honoured to be supporting Lewis-Manning Hospice Care and help them celebrate their 30th anniversary by being their headline event partner.

“We will be displaying three Porsche cars at the event and hosting a table on the night.

“We have also donated two driving experiences at Silverstone for the auction as well as providing ‘favours’ for the goodie bags.

“We are always keen to be supportive of worthwhile events in our community and are conscious of the excellent work that the hospice delivers to patients and their families in Poole, East Dorset and Purbeck.”

Nicki Cluley, Corporate Partnerships Fundraiser, Lewis-Manning Hospice Care, said: “It is wonderful to have Porsche Centre Bournemouth on board.

“It will make a huge difference to our ambitious plans to raise sufficient funds at our anniversary event to enable us to recruit an additional nurse at the hospice.”

The car is worth approximately £1.25 million and was the fastest ever production car when it was launched, with a maximum speed of 198 mph.