Profile: Tourism’s ‘Mr Happy’ on organising the Dorset awards, his triple bypass and the future 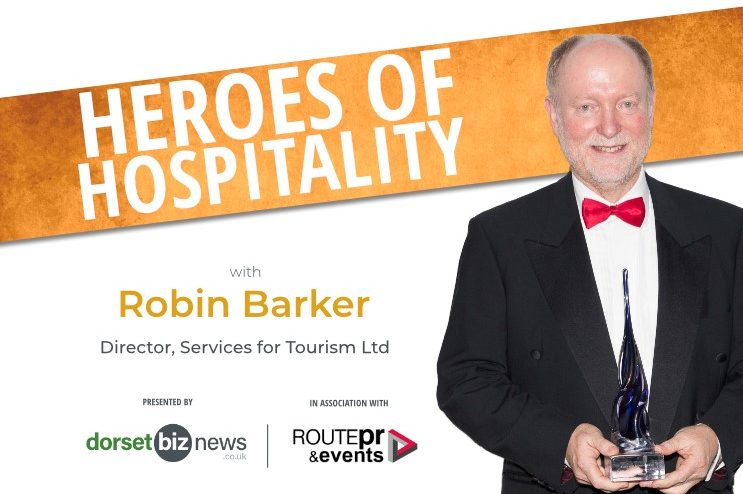 If there was an award for spreading happiness then Robin Barker would probably win it hands-down.

And if you want proof, well look no further than this month’s Dorset Tourism Awards.

One of six county and regional awards schemes organised by Robin’s company, Services for Tourism Ltd, the timing could not have been better.

“We launched the awards at the beginning of March 2020 and encouraged people to get their entries in as early as possible and not wait until the deadline.

“So we had quite a few hundred entries submitted when the first lockdown came along,” said Robin.

“The message we were getting back was ‘please carry on’ and I’m so glad we did.

“The feedback we received after the awards [delivered via Zoom] would drive you to tears.

“People were saying it was the first bit of good news they had received for months.

“It gave a real boost to a lot of businesses and made a lot of people very happy.”

In fact, Robin did receive an award – for Outstanding Contribution to Tourism – in 2017.

The surprise was sprung by fellow Director Nell Barrington and the South West Tourism Alliance.

Deserved recognition for a lifelong dedication to the tourism sector.

Born and educated in Kent, Robin fell in love with the West Country as he spent summers on his grandfather’s farm in Devon.

The long journey from Kent was broken by a stop in Dorset to buy our infamous savoury biscuit, the Dorset Knob.

Three years studying a BSc in Maths and Psychology at Exeter University, with plenty of time spent sailing, exploring and drinking cider, was followed by a year working for a tour operator in Greece.

His passion was – and remains – travel.

But it was only when he went for a job as a graduate manager with a gas company that the penny dropped.

Robin said: “The interviewers said: ‘You clearly love travel, sailing and the outdoors so why not apply for a job in that?’

Six years as Head of Direct Marketing at Saga Holidays and then two years at a marketing company were followed by a career break, sailing a 32 foot Maxi yacht from Falmouth to Cyprus and back.

It was, said Robin, unforgettable.

He returned to take up the reins at his own marketing company for the next decade before landing the job of Head of Marketing and Fundraising for the launch of the new £28m National Maritime Museum at Falmouth in Cornwall.

“It was from literally the laying of the foundation stone to the opening.

“An absolutely full-on two years with lots of royal visits apart from everything else,” he said.

In 2003, Robin joined South West Tourism as Deputy CEO and Head of Marketing, a position he held for five years.

The demise of the regional tourist board – and its staging of the South West Tourism Awards – presented Robin with a new opportunity in 2008.

“I said how about I take over the awards with my own business and at no cost to them.

“They said ‘yes’ and the rest is history,” he said. 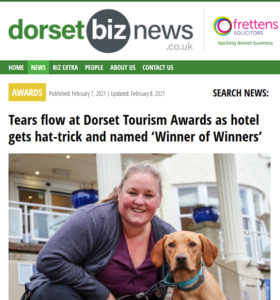 In 2019 – the last full year of the various awards – there were more than 900 entries, 55 judges and 50 sponsors as well as suppliers, venues and the media to handle.

It can get very busy and, at times, stressful.

At the centre of everything, Robin and his trademark bow tie.

“There have been times when we’ve had three award events in three weeks.

“From September to Christmas I don’t usually get an evening or weekend off but I do enjoy it,” said Robin.

Last year Robin, who is married with three children aged 27, 25 and 23, received the shock of his life.

Struggling to keep up with the family on walks, and finding himself getting breathless, the 63-year-old went to the doctor and was subsequently referred for heart checks.

They revealed that one of his arteries was 90 per cent blocked.

Robin said: “A week later I was having a triple bypass heart operation and, four days after that, I was back home.

“I basically took July, August and September off last year.

“The team were absolutely marvellous while I was away.

“The consultant said there was nothing I could have done differently.

“However, it was very fortunate that I went to see the doctor earlier rather than later.

“I’d urge everyone not to put things off until, sometimes, it can be too late.”

And so to Covid-19 and the effects it is having on a tourism sector Robin has known, and loved, for so many years. 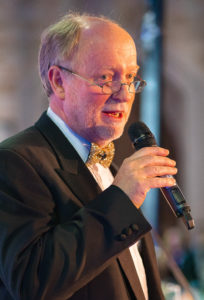 He said: “Every year there has been a challenge, crisis or disaster of some sort.

“Floods, foot and mouth, Chernobyl, drought, you name it.

“But, of course, this is something very different.

“Sadly, some businesses won’t make it through this, down to sheer bad luck.

“If you have a small cafe, for instance, it might just not be possible to do social distancing.

“However, I’m really encouraged to hear about some of the positive innovations which have taken place during the lockdowns.

“People took the opportunity to paint and update or even rethink their businesses.

“It will, though, be a challenging year and, especially for those in conferences and events, very, very tough.

“For our part we may rethink how we do our awards in the future.

“Instead of a dinner where people are sitting closely together perhaps change to the awards online and a summer party in an outside location.

“That’s what we’re planning to do in Dorset with Sculpture by the Lakes.

“I do have positive vibes for the future, though.

“As I was once told ‘we don’t work in tourism, Robin. We work in the happiness business.