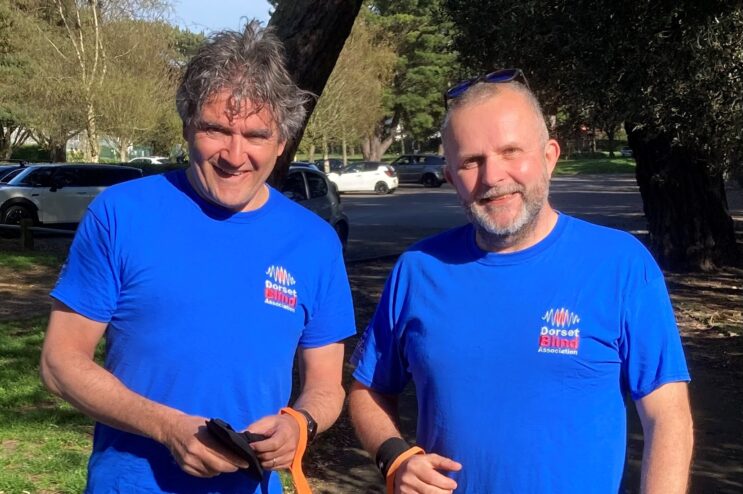 Cliffe Tribe (left) and John Baker. “John has been remarkable – I have to trust him 100 per cent,” said Cliffe.
By Andrew Diprose, editor editor@dorsetbiznews.co.uk

On Saturday Cliffe Tribe ran his final parkrun – out of ten – entirely blindfolded.

Accompanied, as with all the previous 5km runs over the last ten weeks, by his trusted guide runner, John Baker.

Both attached to each other with a 600mm tether. 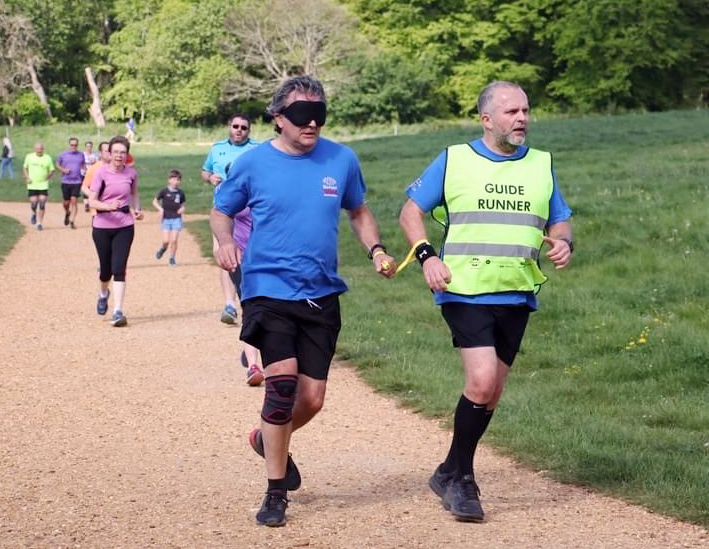 The 62-year-old sales and project manager is raising funds, and awareness, for Dorset Blind Association.

It’s a reversal of roles for Cliffe.

Since 2019 he has been the guide runner to David Edwards who is visually impaired and has a guide dog.

Together they have tackled dozens of parkruns and the ten mile Great South Run in Portsmouth. 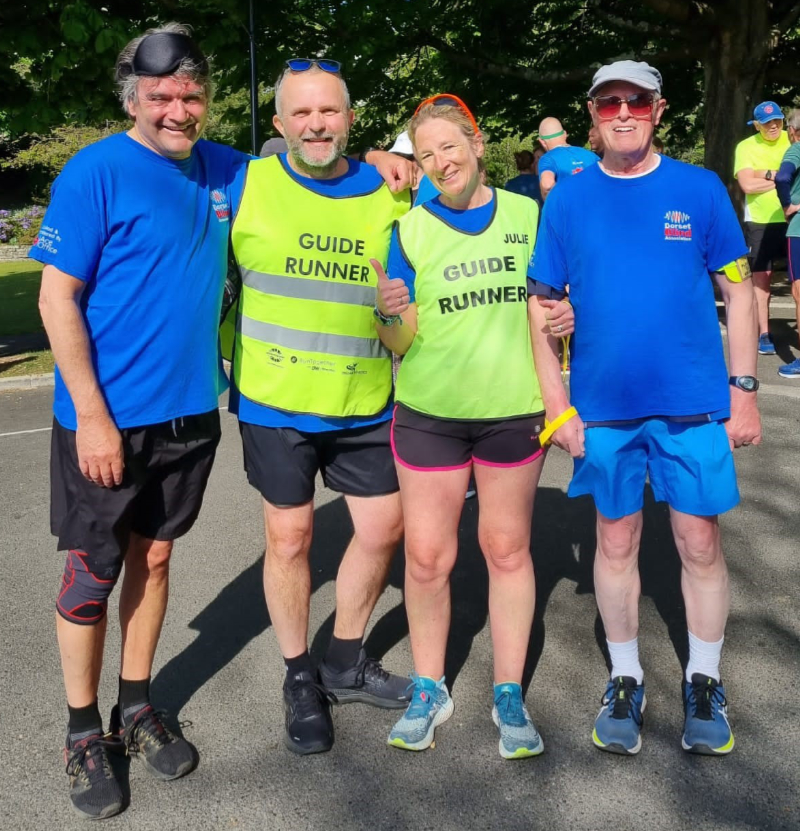 Along with Cliffe, other members of David’s guide team are Julie Burden and John, all pictured.

Now Cliffe, who lives in Hurn with his wife Caroline, has first-hand experience of how it feels to rely totally on someone else during a run.

He said: “It’s an incredibly strange experience and really brings home how we take our senses for granted.

“John has been remarkable – I have to trust him 100 per cent.

“You have to concentrate so hard as well as, of course, doing the actual running.

“The conditions have been absolutely perfect on every parkrun with no rain and the response from other parkrunners has been fantastic.”

Cliffe’s final run was the Bournemouth Parkrun at Kings Park. 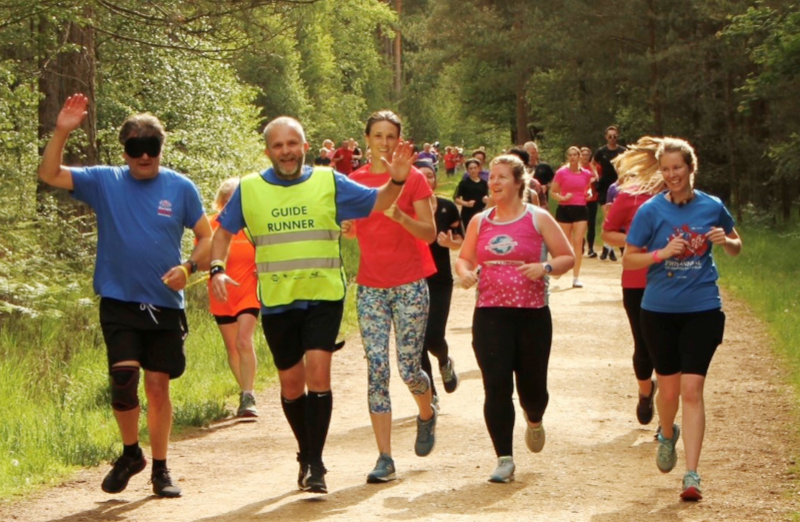 The other nine have been across Dorset – from Moors Valley and Weymouth to Bridport and Poole – and also Brockenhurst in the New Forest.

By coincidence the first of Cliffe’s ten parkruns in the challenge, at Poole on April 30, was his 50th parkrun overall while the Moors Valley parkrun on May 21 was John’s 100th.

In a blog Cliffe sheds light on the role of a guide runner which requires the utmost skill and concentration.

He writes: “I am their eyes while I take charge and my one and only responsibility is to guide them carefully with both of us acknowledging, through a mutually designed and understood language of commands, encouragement and physical gestures.

“This catalogue of words, phrases or by a tug on a 600mm tether that links us, needs to be pitch perfect and highly accurate whether walking to a race, during a race or walking back from a race.

“I have to keep them safe and return them back to their homes in one piece.” 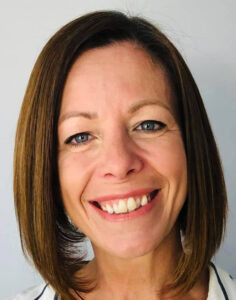 She added: “As a small local charity with no government funding, fundraisers such as Cliffe play a considerable part in raising awareness and much-needed funds to help support the blind and visually impaired people of Dorset.

“This particular challenge also highlights our main aim, which is to enable people with sight loss to stay healthy and happy and to access activities that they may previously have thought are lost to them, along with their vision.”