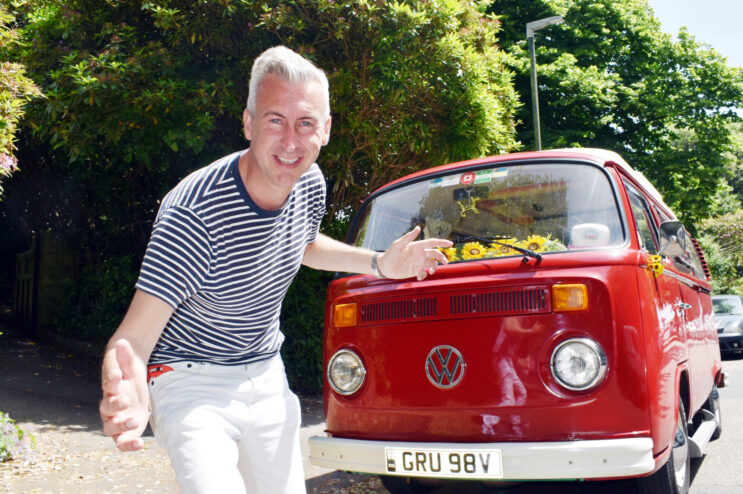 She’s the Queen of the Road, turning heads and attracting attention wherever she goes.

He had no thoughts of turning Ruby into a business – RubyontheRoadxx – until a chance encounter while camping on the Isle of the Wight.

Jonathan said: “I woke up in the morning at six o’clock, had a coffee and a croissant, opened up the curtains and the door. 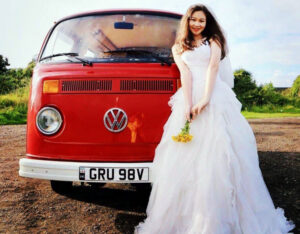 “To my surprise, there was a Chinese bride [pictured left], in full wedding dress, standing there taking a picture of Ruby.

“It seems there’s a tradition in China that the bride goes on a world tour, getting pictures of all kinds of locations.

“On her wedding day she puts all the pictures on a wall for the guests. It’s like showing off to everybody.

“That was the trigger point for thinking Ruby could be a wedding car.” 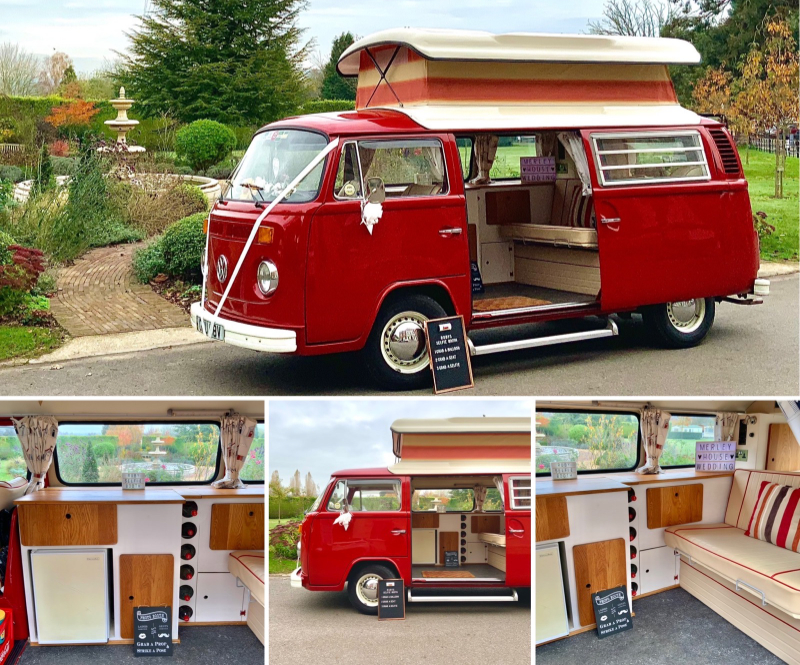 Jonathan, who worked as a Menswear Buyer for department stores including John Lewis, Bentalls, Jenners, Beales and Fenwick, launched Ruby as a novel way of wedding transport in December 2019.

He said: “I’m literally a chauffeur.

“On the way they might say can you take me to the beach or the forest and do a little photoshoot for us.

“When you get to the wedding reception very often the family and friends gather round Ruby as well.” 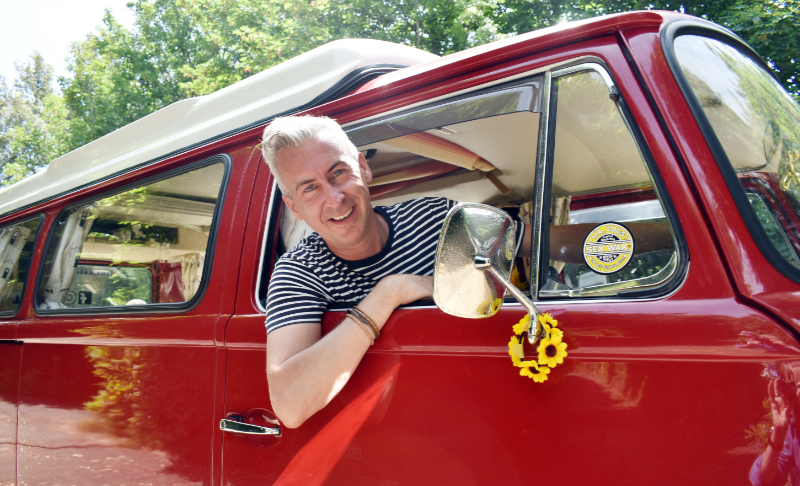 Just months after the business launched, Jonathan was forced to mothball Ruby as the pandemic put the plans, and dreams, of many soon-to-be married couples on hold.

He said: “The brides were all phoning up, crying and upset.

“I just said ‘don’t worry, I’ll give you your money back’. Phone me again next time and we’ll try to redo it.”

Luckily Jonathan, 49, who lives in Ferndown, had been offered a retail project in Lancashire which lasted for two years.

He officially relaunched RubyontheRoadxx again in April and has bookings for this year and beyond. 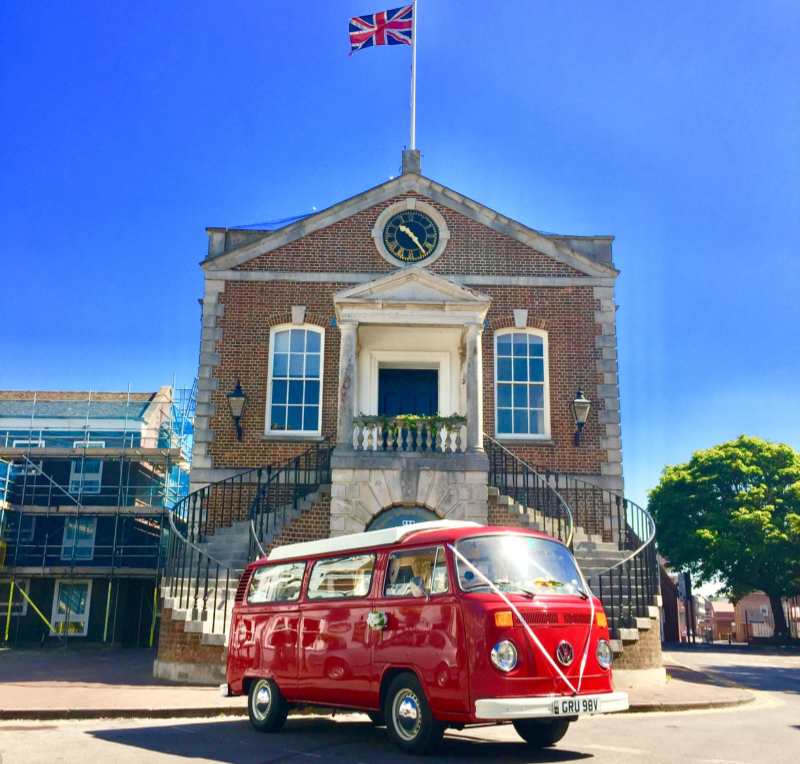 Jonathan, who has always loved classic vehicles, said: “The feedback from people is just unbelievable.

“I like the personal touch – it’s down to all my years in retail.

“I do everything possible to make it a really special occasion.

“There are all sorts of reasons why people choose Ruby as a wedding car.

“The vintage and nostalgia is cool.

“Also many are into festivals and Ruby brings out the festival inside people and the peace and happy-go-lucky side of things. 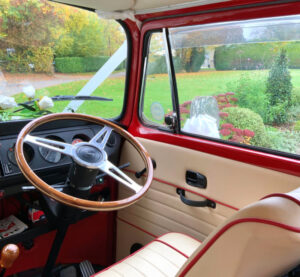 “You’ve also got people who are avid fans of VW Campervans .

“Others may have had one in the past and want to revive the memories.

“Some people say my grandad, or grandma, had one, and I wanted to have it for them on my wedding day.

“Of course, it’s quite high up, and there’s plenty of room for the dress, so it ticks a lot of boxes,”

Ruby, who is immaculate inside and out, has had several owners and was fully refurbished about 14 years ago. 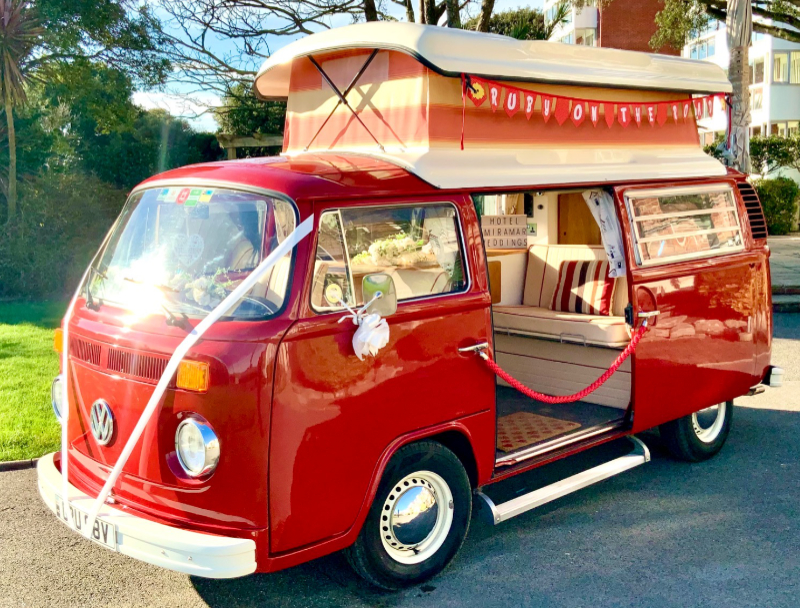 Ruby is also available as a selfie booth with balloons and props.

Other plans including making her available for themed events and photoshoots.

Jonathan said: “She’s distinctive because of how she looks, the colour and her smile.

“There are always people waiting to talk to me about her.

“When I drive down the road people wave all the time.

“I’ve tried to make Ruby into a celebrity.

“Because I’ve worked with brands like Ralph Lauren and Armani, I want to do the same on a smaller scale with Ruby.

“Others offer VW Campervans as wedding transport but I’d like people to say: ‘I want Ruby’.