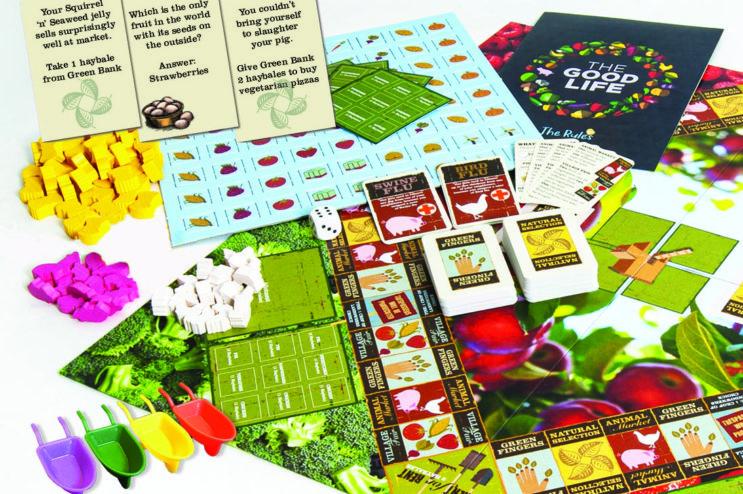 A fun and educational board game created by a freelance art director – and which counts Prince Charles among its fans – has seen sales surge during the lockdown.

The Good Life was invented by Richard Taylor who first hit upon the concept of a game devoted to self-sufficiency ten years ago. 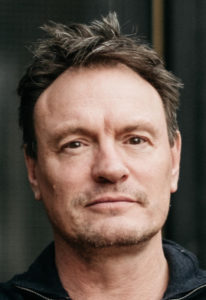 “I literally dreamt the whole thing up in my sleep,” said the father-of-two, pictured left, from Dorchester.

“I saw everything, from the pigs, chickens, wheelbarrows, the lot. It all came to me in the dream.”

Aimed at two to four players aged seven years upwards, a wheelbarrow is used to move around the board to collect fruit, vegetables, pigs and chickens.

The winner is the first to fill their garden and allotment and become totally self-sufficient.

It seems simple – and is – but the ‘Green Fingers’ cards turn up unexpected twists and turns.

Players can be faced with protecting their chickens from foxes, selling crops and livestock at the village fair or avoiding drought, bird flu and animals escaping.

More than 4,000 of the board games have been sold in the last eight months from an initial production run of 5,000.

A further 10,000 are to be produced for sale later this year.

The game can be purchased direct from Richard’s company, Allingham Games, but is also available from independent retailers, including toyshops and garden centres, as well as Amazon. 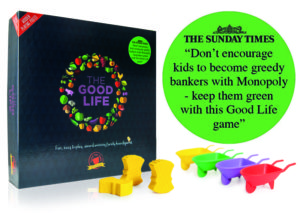 In a review The Sunday Times said: “Don’t encourage kids to become greedy bankers with Monopoly – keep them green with this Good Life game” while The Guardian described it as “terrific.”

Richard said the game had first seen the light of day ten years ago when it was marketed as Go Green.

“I initially had two investors and we had a print run of 3,000 whuch we sold over the next two a half years or so.

“The problem was what do we do with the game now? Reinvest or call it a day?”

In the event, it was the latter, well for the time being.

The game did notch up some notable fans, though.

Chief among them was Prince Charles.

In a letter from Clarence House, an aide congratulated Richard on the “wonderful” game adding: “Clearly much thought has gone into its design and His Royal Highness prays it will be commercially successful.

“It is without doubt a valuable contribution to educating people about the overwhelming sustainability crisis we face – whilst at the same time being great fun to play.”

About two years ago Richard was encouraged to revive the game but this time with a different name.

The Good Life, while remembered with affection by millions as a BBC TV comedy in the mid-1970’s, is also a phrase associated with living well and enjoying a simpler, sustainable way of life.

Four investors – Alex Smith, Martin Pilcher, Tom Hartnett and Howard Webster – put in £36,000 and a German company was selected to produce the game.

The 80 playing pieces are made from wood with plastic only used for the four wheelbarrows.

Richard said: “The combination of the lockdown and also good reviews, particularly in The Sunday Times, has seen a real increase in sales in the last six weeks or so.

“It’s fun, easy to play, award-winning and appeals to all generations, both male and female.” 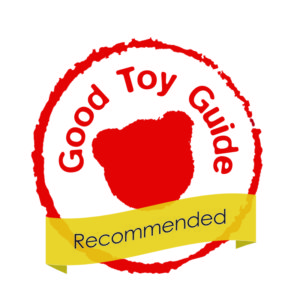 Amazon reviews for the game, which is recommended by the Good Toy Guide, include:

However, there are two people in the world who are not fans of the game, Richard’s children Jamie, 12, and Sophie, ten.

Richard said: “They’ve lived with it for ten years and are totally fed up with it.

“I now use it as punishment. Behave or we’ll play The Good Life!”