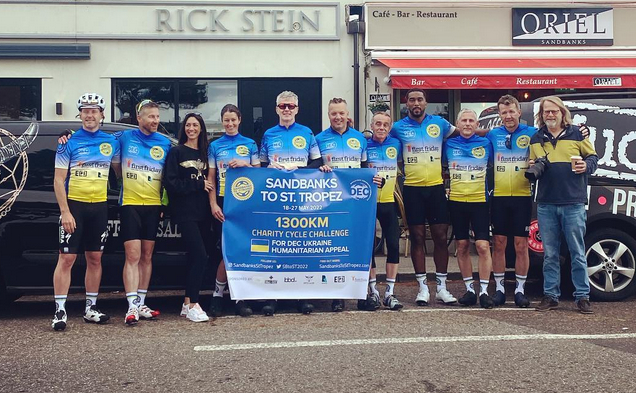 A team of nine cyclists, including former professional footballer Sylvain Distin, set off on May 18 on an epic 808 mile (1,300 km) ride from Sandbanks to St Tropez in just ten days.

The international pedal-powered challenge  is believed to be a world first.

Every penny donated will go towards the Ukraine Humanitarian Appeal.

The team should have been ten but Andy Sewell broke his left collar bone and fractured his right hand and wrist after suffering a nasty fall in his final 60-mile training session.

The accident came after four and a half months of training including cycling 1,600 miles.

“To say I am extremely gutted is more than an understatement,” he wrote on his Instagram account

Sylvain, 44, played for Manchester City, Portsmouth, Everton and AFC Bournemouth, among others, and lives in Poole.

In total, he made more than 400 English Premier League appearances. 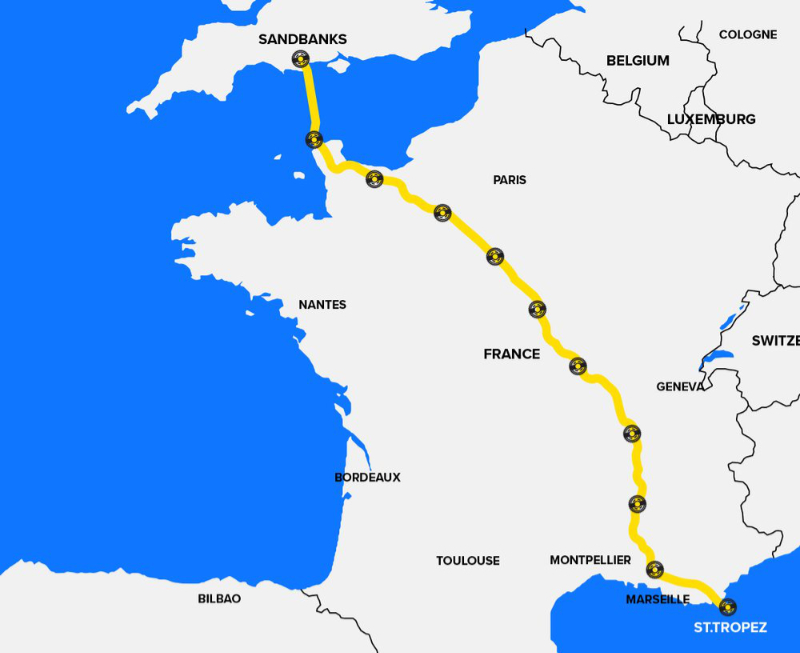 The self-funded mission was the idea of Will Irons, inspired by childhood memories of holidays in St Tropez, and was brought to life with his brother-in-law, Dave Taylor. 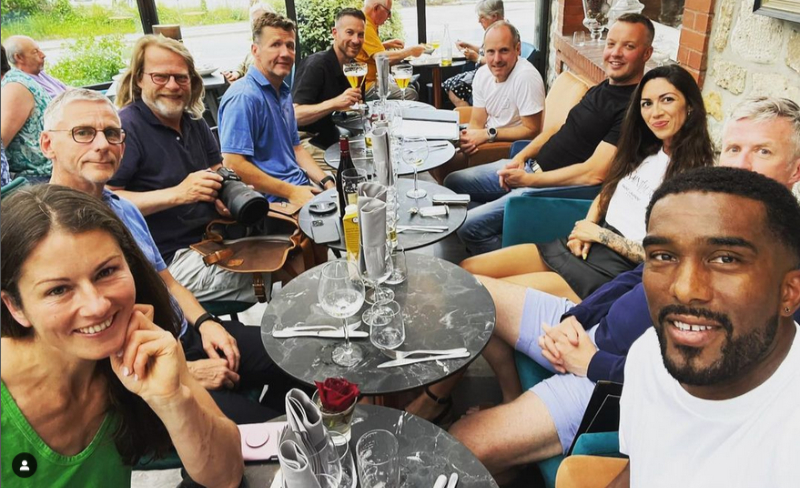 They are pictured relaxing in France after their first day in saddle.

They plan to reach St Tropez by Friday May 27.

To support the Sandbanks to St Tropez challenge, please visit the JustGiving page by clicking here.