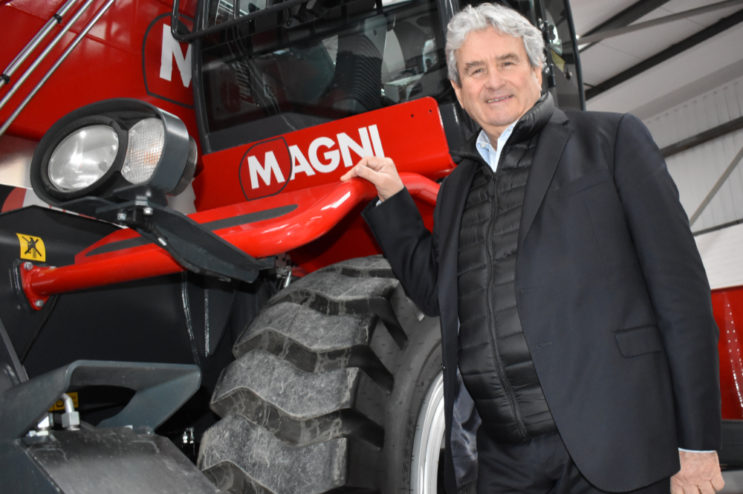 One of the world’s most celebrated experts in telescopic handlers visited Dorset to attend the first of three innovation days at the UK operation that bears his name.

Riccardo Magni, President of the Italian-based Magni Telescopic Handlers srl, has personally filed more than 40 national and international patents over the course of 28 years. 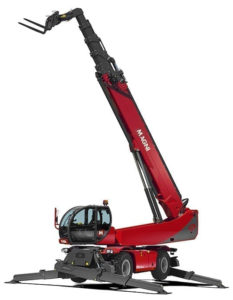 All were for rotating and fixed telescopic handlers for which he was the registered inventor.

In 2013 he founded Magni Telescopic Handlers with his children Carlo, Eugenio, Carlotta and Chiara.

Production started in January of that year with the company now offering a range of telescopic handlers with a maximum lifting capacity of up to 13 tonnes, height of 46m and reach of 33m.

In the last two years Magni has created not only the two tallest rotating telescopic handlers in the world but also the model with the highest payload.

The company, which has branches in France, the UK, USA, Germany and South Africa, had annual sales of 163m euros in its last financial year.

It employs 250 people and manufactures just under 1,100 machines every year.

The UK operation, on the Holton Heath Trading Estate, opened in 2017 and is headed by Alex White, Director of Sales and Operations.

The office and warehouse complex covers about 1000 m² with a demonstration area allowing customers to directly try out the Magni range and see the machines in action.

Mr Magni, 66, said he was “very proud” of the company’s success to date and that it was possible the Dorset-based operation could expand in the future. 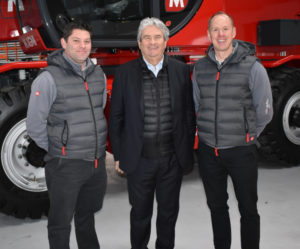 He added: “We have a unique product and there is a demand from the bigger rental companies for what we offer.

“Above a certain size of handler we have no competitors. In fact, we’re competing against ourselves.”

Mr Magni said the biggest market in Europe for Magni’s products was Italy and Holland with the UK accounting for sales of 30-35 machines, out of a total market of 100 machines.

“We are still fairly small compared to some of our competitors,” he added.

Customers – and potential customers – from both the UK and Ireland were due to attend the innovation days at Holton Heath.