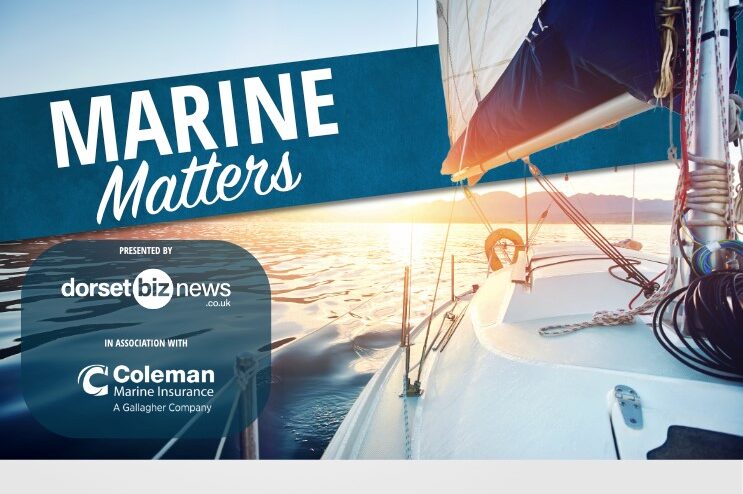 Coleman Marine, a Gallagher company, and its team, not only pride themselves on taking an active interest in all things marine related.

They are, also, always very keen to participate in the local community and its myriad of local clubs and initiatives. 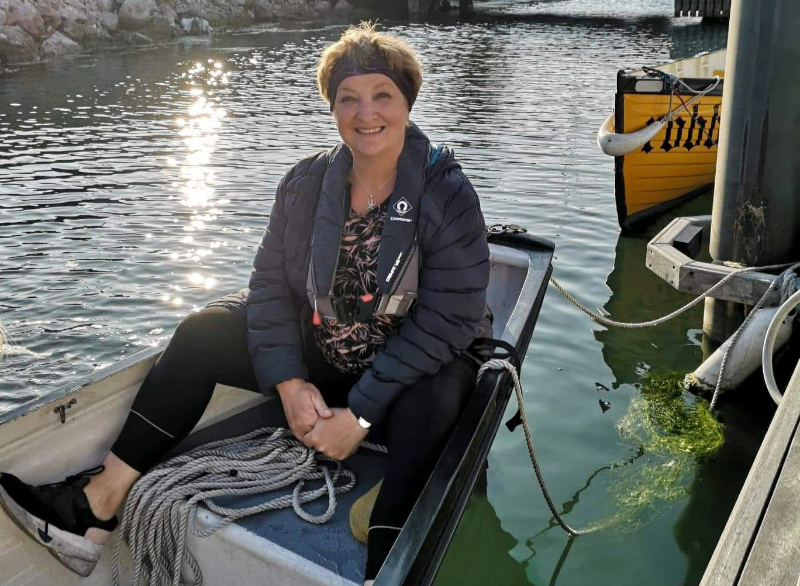 I started my career in insurance in 1985, so can proudly say that I’ve been in the business way before many of my colleagues were born!  After many years ‘on the road’, I joined the Coleman Marine team in 2016.

For me, working for Coleman Marine isn’t just about providing insurance services to clients; it’s having a shared love with my clients and colleagues of the sea and our surrounding countryside.

When I moved to Purbeck from Southampton in 2001, I joined a small group of people in Swanage who were actively fundraising to form a sea rowing club. Within a relatively short time, we had enough funding for our first gig  ‘Old Harry’ and went from strength to strength over the ensuing years

What is the history of Pilot Gigs?

The original use for the classic Pilot Gig takes us back over 200 years to Cornwall and the Isles of Scilly. These light but sturdily built boats were designed to take pilots out to incoming ships during the 1800s. The fastest gig would have the best chance of securing the pilotage so they were built for speed.

At a time when shipwrecks were all too common, gigs were also deployed to save lives and cargo. Whilst there are many stories to tell, one of the most compelling displays of immense bravery concerns the wreck of the ‘Minnehaha’ off the Isles of Scilly in 1910. The ship, carrying 64 passengers and a large cargo of cattle went ashore, near Bryher in very foggy conditions.

In this instance, the gig deployed to aid rescue was the ‘Sussex’. Fortunately, all of the passengers of the ‘Minnehaha’ were saved and landed by other boats but the crew of  ‘Sussex’ rescued a number of cattle by expertly lashing their horns to the thole pins of the gig so that they could be rowed ashore! 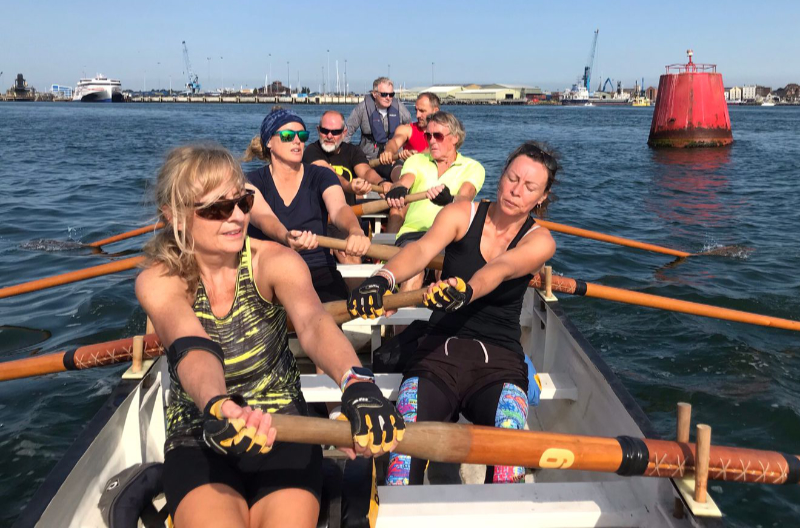 The peak time for pilot work was the early to mid 1800s but the evolution of steamships and improvements in navigation meant it was unnecessary for ships to call on the services of a local pilot so the use of wooden pilot gigs gradually declined.

The revival of gig building and rowing came in the 1980s when the Cornish Pilot Gig Association (CPGA) was formed. Today, there are over 80 active gig clubs spread across the British Isles and overseas and this wonderful sport is growing year on year, with over 8,000 rowers attending championship and regatta events across the country, including the annual World Pilot Gig Rowing Championships on the Isles of Scilly.

I’m proud to be a member of Poole Gig Rowing Club (PGRC) which, for several years, has provided sea rowing to its local community. I’ve been rowing for about 19 years and joined PGRC 4 years ago. Over the years I’ve rowed both recreationally and competitively, and at nearly 60, I’m still a regular rower and love my weekly sessions with the club. Gig rowing brings people together from all walks of life. 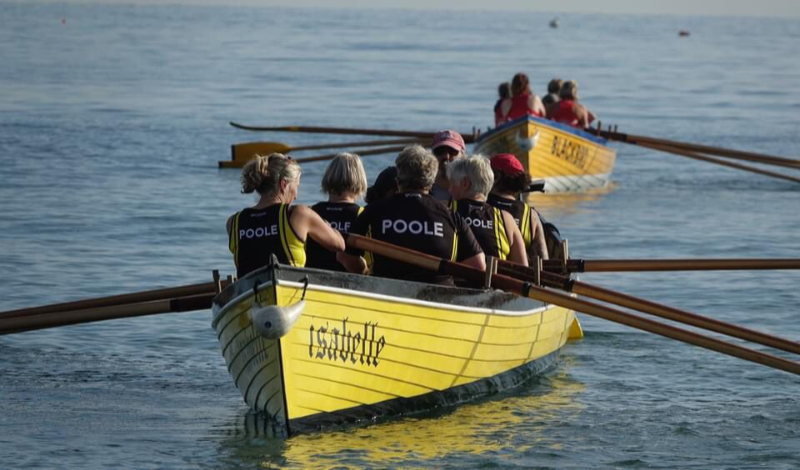 PGRC is run completely by volunteers, owns 3 gigs and encourages people of all shapes, sizes and ages to take to the water. It currently has over 100 members. Regular rowing sessions are run throughout the week, including race training.

During the rowing season, we race against other clubs on the regatta circuit and attend the annual World Pilot Gig Rowing Championships on the Isles of Scilly. We also take part in the Great River Race in London which is a 22 mile long ‘marathon’ of the River Thames in fixed seat rowing boats.

In terms of racing, I love the adrenaline rush that I get when training and competing and rowing with a team is a real motivator for me.  When we’re all pulling hard together, we are working together as one team.

What I particularly like about PGRC is its ethos in offering easy and affordable access to the water. With Poole Harbour being one of the world’s largest natural harbours, the club is able to offer a great deal to its members, from social rowing through to race participation. Whatever a rower’s participation preference might be, the underlying benefits are the same – PGRC offers opportunities for fitness, friendship and fun.

My colleague Jane Haas, a Coleman Marine Claims Handler, has very recently joined the Club and has definitely caught the rowing bug too!  It’s great to have her onboard. 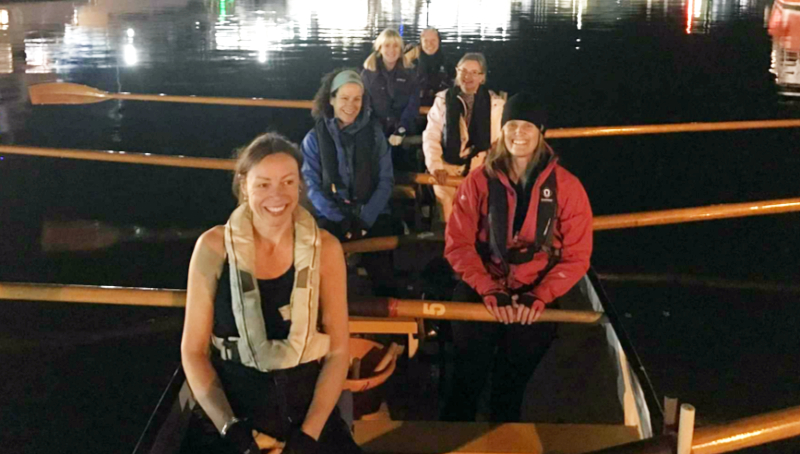 She can be seen here (second from the back in black jacket) enjoying her second session on the water.

I would urge anyone interested in learning more, to visit the Poole Gig Rowing Club website by clicking here. 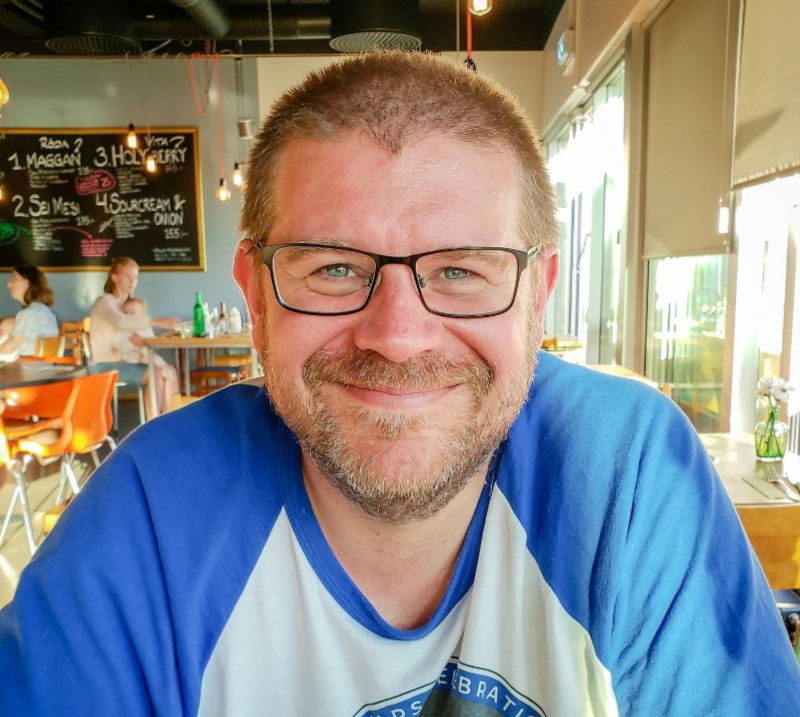 I joined the Coleman Marine team a little over 4 years ago. Prior to that I wore various hats within the insurance and IT industry, although I did take 5 years out of the business world to work as a domiciliary carer looking after the elderly in their own homes.

Before joining Coleman Marine I had no marine background at all. The knowledge gained through becoming part of the team has become invaluable and opened my eyes to a whole new world.

I love the variety of my work and being based in an office where you get to look out over Poole Quay. But the best part of the job is the interaction with our clients and the team of people I work with. It is great to be a part of such a hardworking, dedicated team that really go all out to ensure that we are always delivering the best service possible.

Use 3 words to describe yourself.

There are quite a few people who would say I haven’t really mastered the whole growing up thing yet. I went through quite a few phases as a kid though. First was a fireman so I could follow in my grandfather’s footsteps. Second was anything to do with drawing as that was pretty much the only thing I was any good at in school, and lastly a computer game tester as that would mean I could have just played games all day, whilst being paid for it.

My main heroes are all music related. The person I most admired was Neil Peart, the sadly no longer with us, drummer from Canadian Prog Rock group Rush. He wrote some of the most incredibly inspiring and thoughtful lyrics, whilst also battling with crushing losses in his life, and his eventual passing due to cancer. His outlook on life and his compassion for others whilst dealing with everything that was happening around him was incredible.

Tell us something about yourself that we don’t know.

I’m a pretty open book to be honest, so there’s probably not much that people don’t know about me. I guess one possible thing that people other than my friends might not know about me would be the ever-increasing Lego collection that in recent years has seen my wife having to impose an annual budget so that we don’t actually end up living in a Lego House. 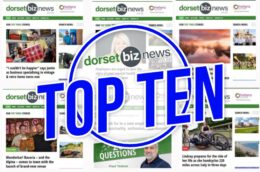 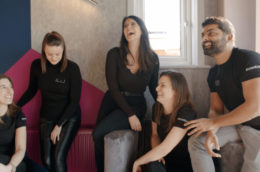