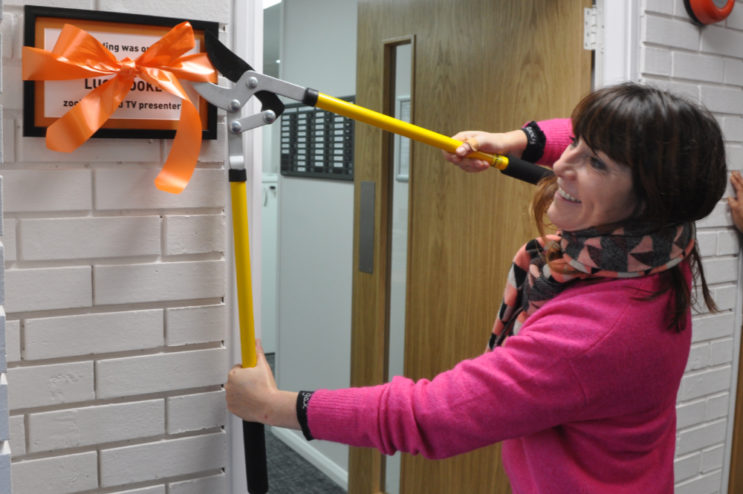 The zoologist, best known for her appearances on Springwatch, was the guest of honour at Amphibian and Reptile Conservation (ARC). 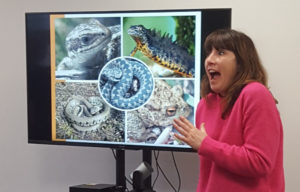 The trust has relocated to the ground floor of 744 Christchurch Road in Boscombe, previously occupied by the Hadland Care Group.

ARC has bought and refurbished the office, which covers about 3,000 sq metres, after more than 20 years in rented accommodation a few hundred metres away.

Dr Tony Gent, ARC’s Chief Executive Officer, said: “Over the last few years it has become clear that we have out-grown our previous office space and that we needed to find new premises that work better for the charity.

“Our new premises will provide a much-improved office for our growing base of staff, trustees, volunteers and visitors.

“By purchasing the office we are making a good long-term investment with savings on rent and greater security for the future.”

ARC’s mission is to ensure that native frogs, toads, newts, lizards and snakes – and the habitats on which they depend – survive and thrive.

The charity was established in June 2009 by the Herpetological Conservation Trust (HCT) which was formed in 1989. 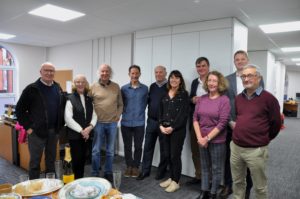 ARC is one of the UK’s leading managers of lowland dry heath.

The trust runs species recovery programmes, undertakes monitoring and scientific studies and is a pioneer in ‘district licensing’ for local authorities and housing developer surveying.

As a governmental advisor, its team of habitat rangers and world renowned ecologists provide outreach educational programmes to help the public conserve and get to know the environment on their doorstep.

The official opening by Lucy Cooke coincided with a weekend visit to the new office by ARC trustees from around the country.