Standby Sandbanks! Oriel to open its second café and restaurant on talked about peninsula 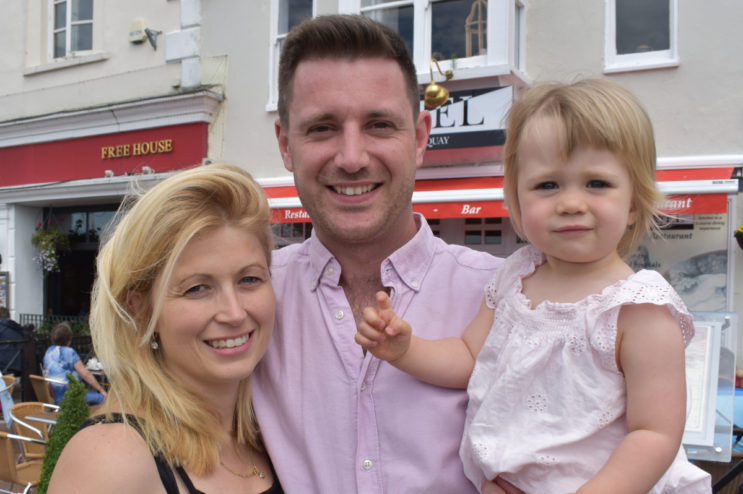 Get ready Sandbanks – a new Mediterranean themed café and restaurant is heading your way.

Ryan and Katie Porter, owners of the popular Oriel on the Quay in Poole, have acquired a 1,300 sq ft unit on Banks Road.

Work is now underway to convert it into a 60-cover restaurant as part of a £200,000 investment.

It’s hoped the first guests will be welcomed in the next few weeks.

The couple have their work cut out. 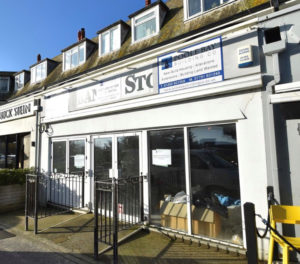 The unit, pictured left, formerly used as a general stores, was acquired as a completely empty shell.

Ryan, 31, said: “It doesn’t have electricity so no lights, no sockets and there’s no kitchen and no hot water.

“But it’s in a brilliant location and will complement our existing Oriel on the Quay really well.

“It’s a big project and a huge transformation will have to take place.

“Choosing to expand during these Covid times is something we are able to do due to having a brilliant team behind us and a terrific 18 months of running Oriel on the Quay.

“We have gone from strength to strength.

“We are very excited about the next chapter and our new addition.”

Ryan and Katie first met while employed as waiter and waitress at Oriel 15 years ago.

They subsequently went to university and became accountants.

Until recently Ryan worked for Deloitte UK as Manager, Finance Operations and Support.

Katie, also 31, was an accountant for a restaurant chain before falling pregnant with the couple’s daughter, Isabelle, now aged 16 months. 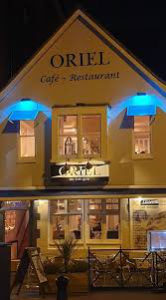 When Oriel, pictured right, then under a different name, came up for sale in the summer of 2018 they decided to sell their home in Hampshire and return back to Dorset.

Ryan said: “We’ve made a lot of changes with a particular emphasis on ethical ingredients and local produce from suppliers such as BH Fish.

“There was no social media presence so we’ve built that up to 1,200 followers and now have a large and very loyal customer base.

“Our trading in December was up 35 per cent year-on-year compared to December 2018 and we employ 15 staff.

“We had no plans to expand and then this opportunity came up. It was too good to miss.”

The new café/restaurant will be open seven days a week and offer the same ”relaxed, but buzzing Oriel atmosphere our customers all know,” said Ryan.

He added: “It will be a very different market from Oriel on the Quay with locals and beach goers.

“The winter will be difficult but we think it will complement our other restaurant very well.

“When one is busy the other might not be and vice-versa.”

The couple plan to employ 15 to 20 staff at the new restaurant.

Ryan said: “We secured the new site in less than a week and everything has been very fast-paced.

“But you have to seize opportunities like this when they come along.

“We hope to build Oriel, together with our loyal customers, as the big family we are.

“It’s going to be an exciting future.”