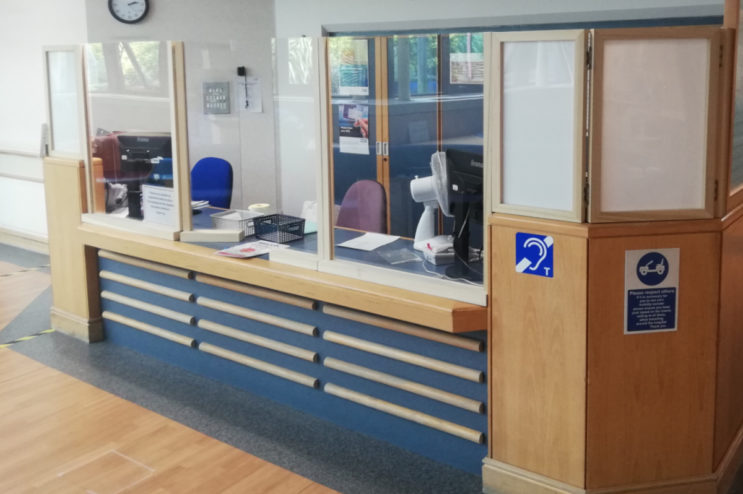 The bespoke made to measure sneeze screens manufactured and installed by Strouden Joinery at Poole Hospital.
By Andrew Diprose, editor editor@dorsetbiznews.co.uk

One of Dorset’s longest-established joinery companies showed it can move fast after receiving an urgent request from Poole Hospital for sneeze screens.

Strouden Joinery, which celebrates its centenary this year, took the call for bespoke made to measure screens on Wednesday, March 25. 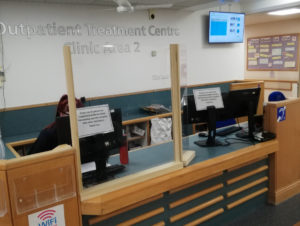 By the end of this week it expects to have completed, and installed, up to 20 screens at the hospital.

They will help to protect NHS staff and volunteers dealing with the current crisis. 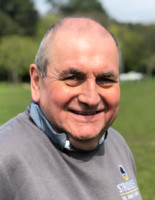 He added: “We did the original seating in the main entrance and also all the fire doors which was a big job.

“It’s at times like this that business relationships count.

“We know everyone at the hospital really well and when the call came in then we were only too delighted to help out.

Founded by Robin’s grandfather and originally based in Strouden Road, Bournemouth – hence the name – Strouden Joinery now operates from a workshop in Creekmoor, Poole.

The company produces a wide range of products including fine quality traditional doors, windows and staircases as well as kitchens, counters and furnishings for private residences and building contractors throughout the south. 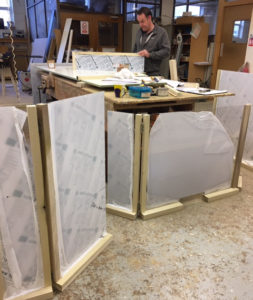 Robin, who took over as MD in 1985, said the coronavirus crisis had led to the worst business climate he had ever encountered.

“It’s far worse than the 2008 crash because there is just total uncertainty. No-one knows what is going to happen.

“We’ve had to furlough some of our staff and have lost at least one job with a hotel because our supply chain couldn’t get the glass required.

“As for the screens, well we at Strouden Joinery are only too aware of the selfless efforts of all the NHS staff and carers in these troubled times and thank them for their service.”