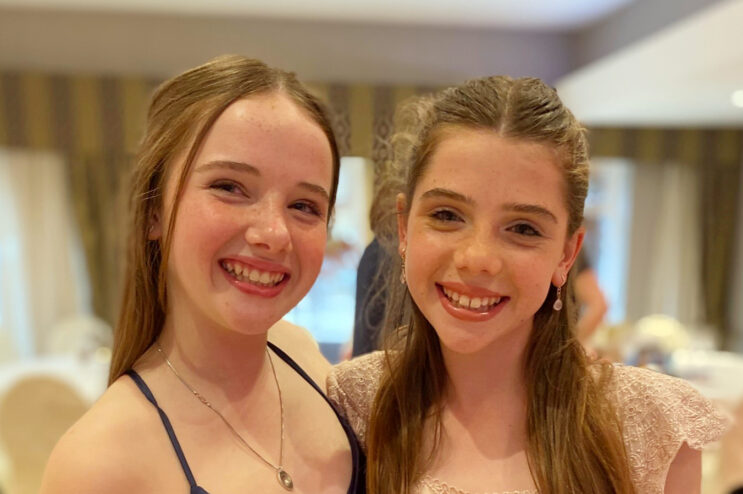 A talented 13-year-old who found painting to be a welcome distraction after the death of her beloved dad has raised a further £5,478 for blood cancer charity, Myeloma UK.

Eight of Emily’s finished pieces were auctioned at a celebration of Jeremy Baggott’s life, held at The Connaught Hotel and Spa in Bournemouth.

It brings the total amount of money raised by the family for Myeloma UK to more than £65,000. 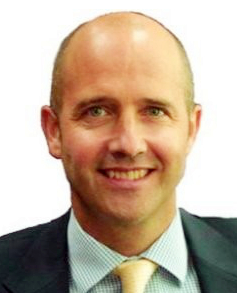 Father-of-two Jeremy, pictured left, died in November 2020, two and a half years after being diagnosed with myeloma.

The former Chief Underwriting Officer at Emirates Insurance Company, in the United Arab Emirates, returned to Dorset with his family after the diagnosis.

Emily’s discovered her love of painting during the first lockdown in 2020 as the family were isolating at their Alum Chine home in Bournemouth.

Together with her sister, Charlotte, she would sit in the sun at their garden table with Jeremy and paint.

After the death of her dad, the then 12-year-old continued with her new-found hobby finding it a great distraction as she grieved.

Not being able to have the funeral her husband so deserved, Kerry, Jeremy’s wife, arranged a ‘celebration’ of his life at The Connaught Hotel and Spa.

Around 100 people attended the event which included the auction of Emily’s paintings. 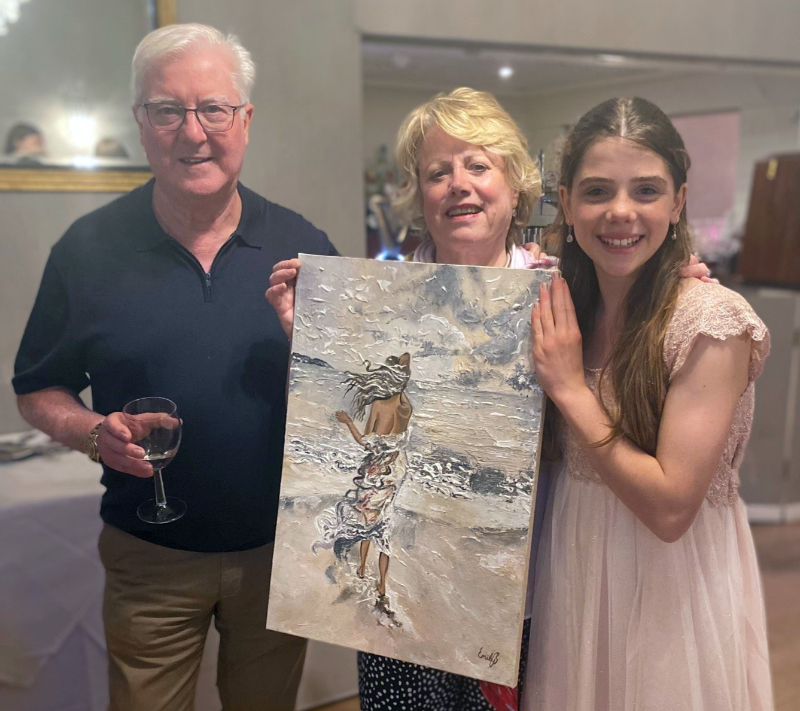 Emily with Brian and Rena Reily and her painting ‘Tiny Dancer’.

They included friends from Jeremy’s school days in Corfe Mullen and also student beach cleaning days on Sandbanks beach in 1988.

Friends made during his career in the insurance industry, and while living overseas with his family in the Middle East for 11 years, also attended.

Kerry said: “It was a fantastic celebration of Jeremy’s adventurous and fun-filled life.

“The room was so full of love for him and it was a great opportunity to regale all the funny stories and revel in all his achievements.

“As well as a few tears, there was lots of laughter – exactly what Jeremy would have wanted.”

For Kerry and her daughters, the auction was the icing on the cake. 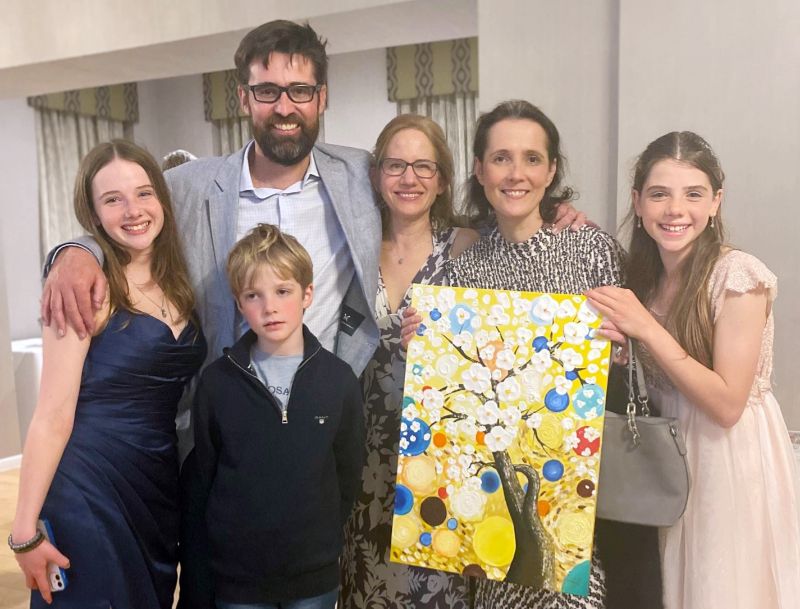 Emily, who attends Bournemouth’s Talbot Heath School with her sister, said: “It was mummy’s idea that we auction my paintings.

“I didn’t even know what an auction was to be honest.

“We hoped we might raise a few hundred pounds, we never expected to raise thousands.

“I have loved painting over the past year and now to think my work is hanging up in other people’s homes is crazy.

“It’s spurred me on even more now.

“It’s weird to think that by painting, not only have I helped myself by doing something I enjoy but also, via the money raised, it has helped other people with this horrible disease too. 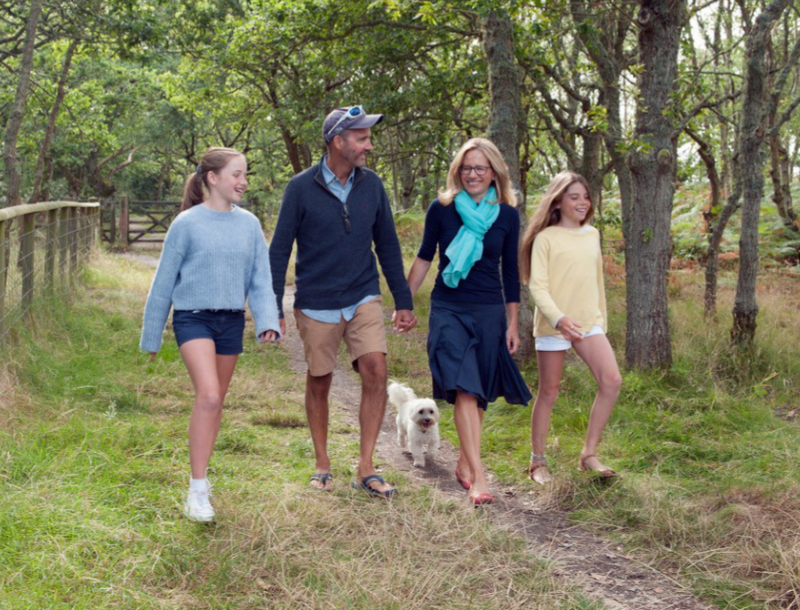 Jeremy with wife Kerry and daughters Charlotte and Emily.

“I cannot thank my dad’s friends enough for bidding and buying my work.”

Other fundraising activities by the family include Emily and three school friends walking a marathon along the Jurassic Coast last year.

In addition, Kerry and her two girls have supported Myeloma UK by featuring in the charity’s last Christmas campaign video.

Kerry has also focused on raising awareness of the rare blood cancer through print articles – including The Sun newspaper and Woman’s Own magazine – and on BBC South Today.

She said: “Raising awareness of this rare cancer is vital, because the symptoms are so often not picked up early enough.”

Myeloma UK is the only charity in the UK focusing solely on the disease.

It is the driving force behind lobbying for new drugs and providing vital patient support.

Although there is no cure for myeloma, it can be treated.

If patients respond well to treatment they can live with the disease for years. 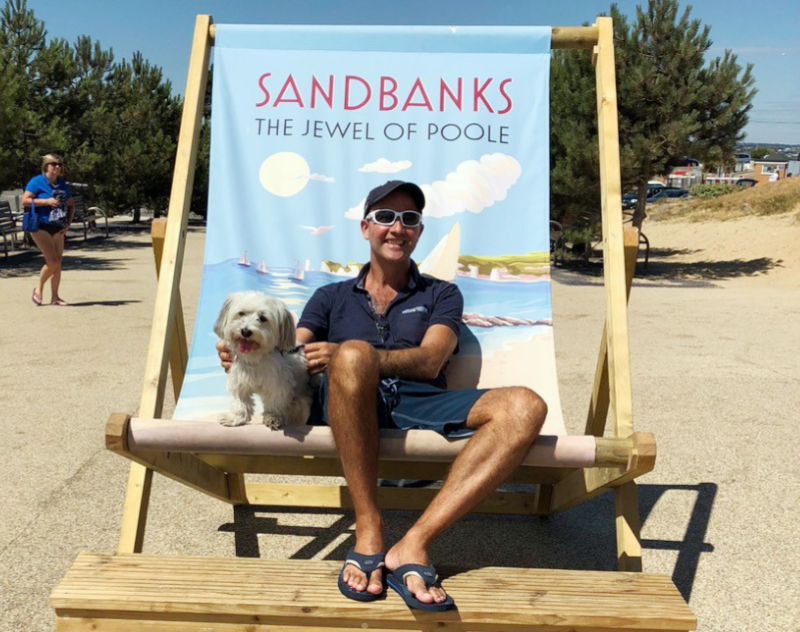 Tragically, Jeremy had it in its most aggressive form and survived for just two and a half years.

However, said Kerry, even in the 18 months since his death, great strides have been made in securing approval for new drug regimes and treatments.