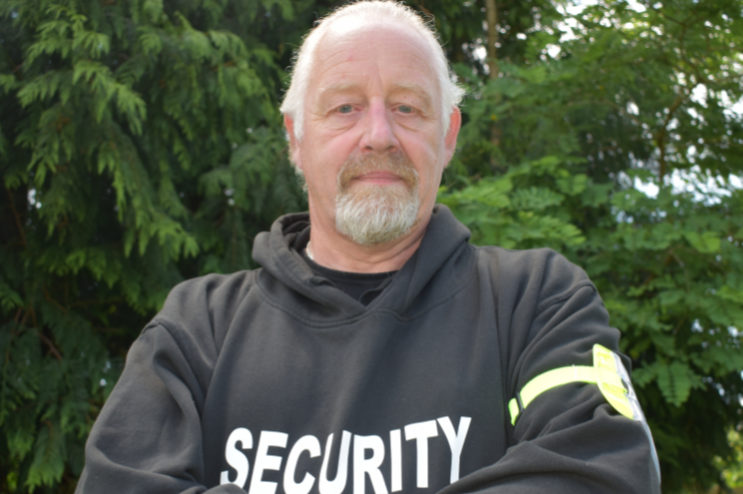 When it comes to challenging and confrontational situations, he’ll readily walk towards what everyone else runs away from. 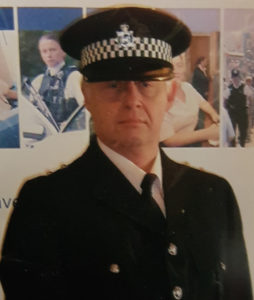 But then again, as a serving police officer for more than 30 years, retiring at the rank of Inspector, he’s seen, and been involved, with more than his fair share of incidents.

“Nothing compares to my experiences in the police,” said Richard, Founder and Director of Alternative Security Resources (ASR) Dorset, pictured left during his 31 years with Dorset Police.

“I got injured a lot over the years – it comes with the job. Latterly, though, my time as a custody inspector was the hardest and probably most dangerous.

“When you’ve done that most things pale into insignificance.”

Bournemouth born and bred, the 58-year-old was the fourth generation of his family to join the police service.

His great grandfather spent 26 years in the Metropolitan Police, joining in 1890, just two years after Jack the Ripper terrorised the Whitechapel area of London.

Richard’s grandfather was a constable with Salford Police in the north west while his father, Tony, had a distinguished career with Dorset Police, joining the then Bournemouth Borough Police in 1957.

He rose to the rank of Detective Inspector where he was responsible for a number of specialist services including Scenes of Crime, Crime Intelligence, Crime Prevention, Marine Section and police dogs. 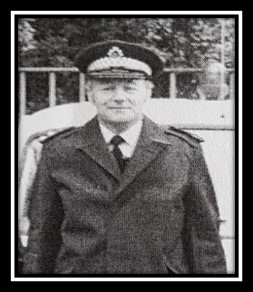 Richard proudly followed in the family tradition, in his case joining Dorset Police in 1984 and being sworn in as a constable three years later.

The former Bournemouth School pupil served across the county and specialised in a number of areas including Missing Persons and Licensing.

On retiring with a full pension in 2015, Richard began writing, publishing and public speaking before founding ASR Dorset three years ago.

An independent SIA (Security Industry Authority) security operative, he works in Dorset and the West Hampshire area, mostly on a freelance basis.

His services range from retail guarding and store detective services to commercial site guarding/patrol and security and support for private events and functions at licenced premises and venues.

His police training and decades of experience come in very useful. 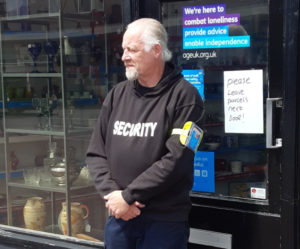 Richard, pictured left on assignment, said: “I bring a range of skills and qualifications rare to find in many active security operatives.​​​

“Whether it’s keeping detailed notes or my observation skills, it comes as second nature based on my many years in the police.

“I see my role as providing security that places prevention before detection but is robust and direct in dealing lawfully with suspects.”

Richard has now sounded a warning to businesses as the country moves into a new phase of the Covid-19 crisis.

He said: “As lockdown restrictions ease, and a degree of normality returns, many habitual retail thieves will return to targeting outlets.

“Small businesses that previously may have ignored security may need to begin planning for such.

“The relationship between a downturn in the economy versus an increase in related crime has been recognised for decades.

“As businesses begin to reopen, there is a need for security and marshalling to ensure social distancing rules are complied with.

“Small businesses may not require such security or marshalling as a fixed need. Instead they may have identified key periods only.

“It means I can be totally flexible, and cost effective, providing smaller businesses with a viable option, ensuring an experienced security presence and fitting in with hours and budgets for as little as £20 for up to 90 minutes.”

It’s not all work and no play for Richard, who is married to Tricia and has four children as well as four grandchildren.

He is well known locally as a regular competitor in various darts leagues and competitions, as well as a former county player. 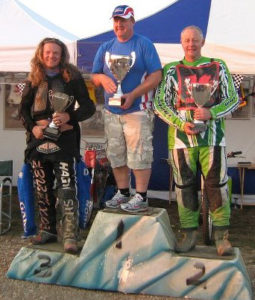 Richard has also been active as track staff for Poole Speedway over many years and has been a speedway rider since 1980.

He came second in the 2011 British Veteran Speedway Championship, pictured right, and last rode in 2018.

He said: “Together with my work as a self-employed funeral assistant, it’s fair to say I’m never at a loose end.