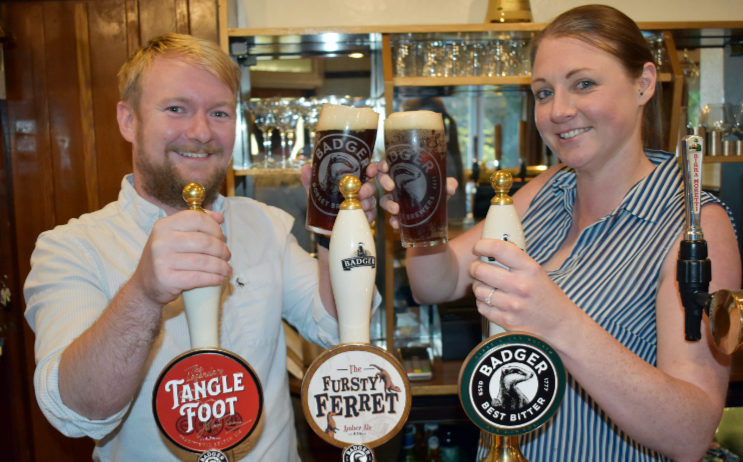 One of Dorset’s most historic inns is to reopen this weekend with its new management promising to return it to the centre of the community.

The Silent Woman Inn in the heart of Wareham Forest was known as The Angel until the 1920s.

But after Thomas Hardy referred to it as ‘the Quiet Woman’ in his novel ‘The Return of the Native’, the pub changed its name to ‘The Silent Woman’.

The new operators of the Hall & Woodhouse-owned pub are Barr & Barr’s Hospitality, founded by father and son team Alan and Rob Barr in 2018.

The business, which has ambitions to operate ten pubs within ten years, already has The Onslow Arms in Loxwood and The Wheatsheaf in Midhurst, both in West Sussex.

He added: “It has so much going for it.

“Nestled in the heart of Wareham Forest, a great local community, nearby holiday and camp sites and a tourist area.

“We just feel so excited. I had butterflies coming over here to sign the agreement.” 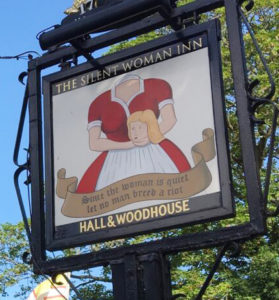 The new-look pub, which is opening on Saturday September 26 for the first time in six months, will be under the control of Danielle Brown, General Manager, who is also 32.

A former student at Poole High School, she has more than 13 years’ experience in hospitality management.

Danielle said: “It’s really good to be working for a family company and I feel very privileged to take on the role.

“We’re going to make The Silent Woman a family-friendly hub of the community.

“It’s a lovely pub with a huge amount of local goodwill.”

The reopening will feature a new Head Chef, Adam Robinson, and an updated menu with a strong focus on locally sourced produce including meat, fish and, of course, craft ales from Hall & Woodhouse.

Rob said: “We’ll have a range of the classics but also an emphasis on barbecue dishes.

“They will be home-cooked and we’ll also be offering vegan and vegetarian dishes.

“With our large gardens we can accommodate over 100 covers in normal times but we will be reducing this due to the current restrictions.”

Customers will be able to take advantage of 50% off food from Monday to Wednesday during October through the pub’s self-funded ‘Eat Out to Help Out’ scheme, when booking in advance.

The new operators expect to create up to ten jobs once The Silent Woman is at full strength.

Barr & Barr’s Hospitality is also investing in job creation for the future by funding culinary and hospitality training schemes in partnership with Weymouth College and Brockenhurst College.

The schemes aim to provide young people in the Dorset area with the skills needed to both build successful careers and revive the sector over the coming years.

For Rob, who previously worked for Merlin Entertainments including Head of Operations of its Weymouth cluster for three years, it’s another way of putting something back into Dorset.

He said: “I lived here, got engaged and married here and we had our child here.

“There are so many personal connections and now we have our first pub in Dorset.

“I couldn’t be more pleased and excited.”