Gayleen’s message on going it alone: “Forget the ‘what if’. Forget the doubt. Give it a go” 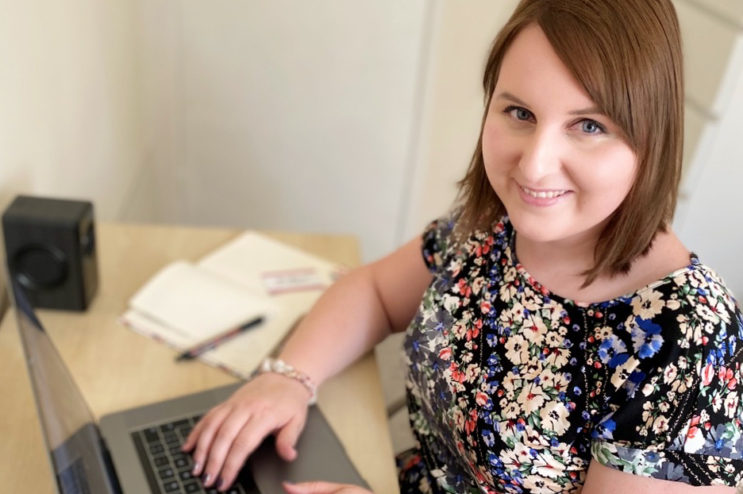 Writer Gayleen Hodson has a simple piece of advice.

“If you have the ambition to follow your dream career, or to launch the business you’re passionate about, then do it.

“Forget the ‘what if’. Forget the doubt. Everyone should give it a go.

“The business world isn’t so scary once you’re in it and there are incredible people out there,” she says.

It’s advice straight from the heart.

Because for many years Gayleen, 30, was one of those people debating whether to go it alone.

Wracked with anxiety, dreading the thought of striking up conversations with strangers at networking events.

Now she can hardly believe the transformation in herself.

She said: “I have placed myself in situations that I thought I could never have achieved.

“Networking is one thing I had massively shrugged off as not being comfortable enough to do.

“But I have networked now for six months, going to different events and constantly pushing those comfort barriers.

“If I can do that then, honestly, anyone can.”

To say that the last nine years have been a roller coaster for Gayleen is something of an understatement.

A graduate of the University of Worcester with a BA in media and journalism, she met her future husband, Aaron, while working in the marketing team at Odeon and UCI cinemas.

After suffering a miscarriage, Gayleen went on to have the couple’s first child Zac, now aged seven.

“All was fantastic,” she recalled.

But within a year Gayleen was going through what she describes as “the worst period of my life.”

An unexplained swelling of her thyroid gland, and fears that she could have cancer, led to first extensive investigations and then an operation to remove half the gland.

Soon after she was back in hospital again when it was discovered that part of the placenta had been left inside her followed by two operations on her knee.

Gayleen said: “I’ve always been a worrier but all these events – and so close together – brought on massive anxiety and self-doubt.

“I couldn’t stop blaming myself.”

Gayleen’s doctor offered anti-depressants but was turned down. “I had to find the root cause,” she said.

And so began her path to self-discovery which eventually led to fulfilling her dream of becoming a writer.

Gayleen said: “Motherhood is amazing and I started a blog called Tiny Toes and Big Adventures.

“It got quite a following and I loved doing it.

“I then started a mental health blog ‘Me Against Myself’ which, once again, got a lot of followers.

“It set me thinking that, perhaps, I should become a writer and do it for a living.”

In 2018 Gayleen took the plunge – and took to the keyboard – as a freelance writer.

Today Hodson Writing Services has 20 regular clients across a range of sectors although half have paused their work as a result of the coronavirus crisis.

Gayleen, who later discovered she had successfully overcome post-traumatic stress disorder, said: “I market myself as affordable, approachable and helpful.

“I genuinely love what I do and, yes, I do feel proud of myself although at times I feel something of an imposter.”

And those network events?

Gayleen, who lives in Verwood, said: “I went along to the Ferndown launch of The Athena Network and it’s the best thing I’ve ever done.

“I ended up delivering a talk on mental health to 20 people. Me? Doing a talk?

“Anxiety is a big monster, and you have push against it all the time.

“But the main thing is to believe in yourself.