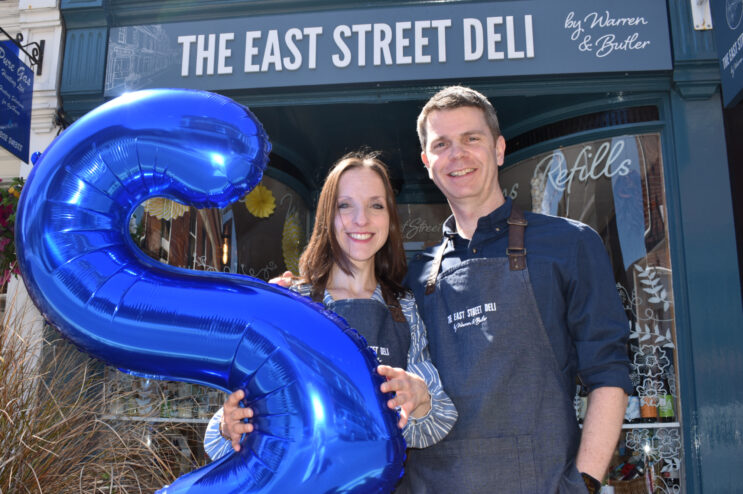 Simon and Claire Warren can’t believe how quickly the first two years of their popular deli have flown by.

Launched during the first lockdown in 2020, and one of Wimborne’s smallest retailers, The East Street Deli hit the ground running from day one.

Simon, 43, said: “We were serving customers in the old-fashioned way from a table at the front door for the first three months.

“That first morning we had a queue down the road, waiting for us to open.

“We were blown away and it’s never really stopped since then.”

The couple came across what was to become The East Street Deli while Simon was considering his options after spending nearly 17 years in retail.

He’d grown up above his parent’s convenience store in Wool and, despite vowing to never work in the sector – “the hours, the hard work, you can never escape” – went on to enjoy a high-flying retail career with the wholesaler for SPAR in the West Country.

But, said Simon: “I had a big team and was doing a lot of driving and spending a lot of time in the boardroom and no time in a shop or with a customer.”

And then the opportunity came to start their own business by acquiring the fixtures and fittings of what was once The Hungry Bird deli in East Street.

Simon said: “The day before the first lockdown in March 2020, Georgie [Boyd], the owner of The Hungry Bird, sat me down and said: ‘I’m having a baby, I’ve got another business, the lease is up here and something has got to give – I’m going to close the deli’. 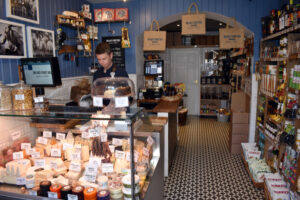 “I was out of work but reassessing what I wanted to do. I decided it was still retail but it needed to be customer-facing.

“But there was the small matter of the lockdown.

“But, after thinking it through, we said ‘hang on, people are looking for this type of business more than ever before so why not?

“Let’s give it a go, because what’s the worst that could happen?”

Simon and Claire, who met while at school in Dorchester and married in The Minster in 2015, massively increased the stock range with particular attention on expanding areas such as cheeses, meats and wines. 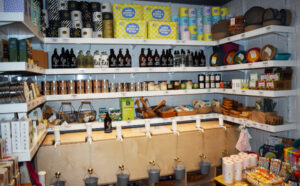 They also expanded the eco-friendly range, pictured right, and invested in new tills.

The deli is now home to thousands of European, national and local products including 50 cheeses – around half from the UK and the rest from abroad including France, Spain and Italy.

All the beers and ciders are from Dorset, with other local products also stocked, but, said Simon: “Just because it’s local doesn’t mean we’ll get it in.

The couple are constantly researching new products with Claire, who is also a freelance PA, taking the lead as well as looking after the books, marketing and working two days a week in the business.

Three months ago The East Street Deli was named as both the overall winner at the inaugural Wimborne Business Awards and also Independent Business of the Year. 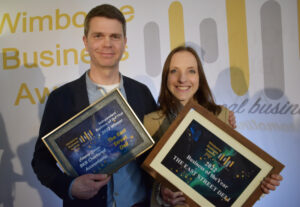 Simon said: “Winning the Independent Business Award in any town was going to be a big thing but to win it in this town, where there are so many great independent businesses, was just amazing.

“All towns say ‘shop local’, ‘support local’, ‘shop small’ and in some places they can just be soundbites.

“I genuinely believe that Wimborne does that, though.

“The people look after their local small businesses.

“I’d like to think that we’re more than just a deli.

“Wimborne is very family and community-focused so we get a lot of people who just come in for a chat.

“We wanted that sort of interaction.

“As soon as I started working here I realised that conversations with our customers – what football team they support, what their grandkids are up to, where they’re going on holiday – is what I enjoy most. 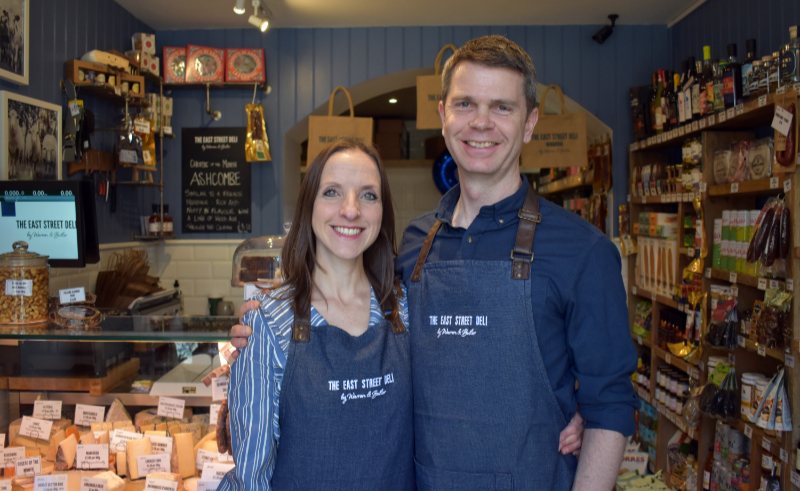 “I’m immensely proud of what we’ve got here and how we’ve immersed ourselves in the community but that’s down to the people of Wimborne.

“If they hadn’t supported us from day one we wouldn’t have been able to do it.”

Claire, 42, added: “We’re working all the time but it’s exciting because there’s so much more we can grow and develop.

“We’d like to do more collaborations with other businesses and, eventually, possibly look at a second site but we’d never leave Wimborne.

“This is our flagship site even though we get a lot of people coming in and saying ‘open one here, open one there’.

“There’s been stress – and there never seems to be enough time – but we wouldn’t do it if we didn’t love it.” 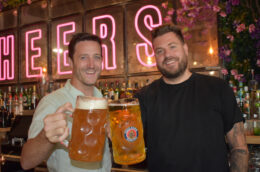 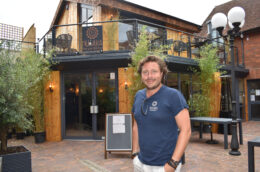 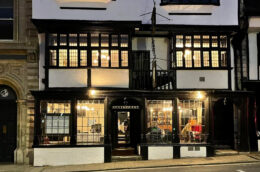 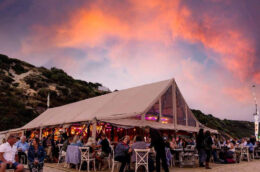