Time on their hands: Duo behind the planet’s most wearable, affordable, durable watches 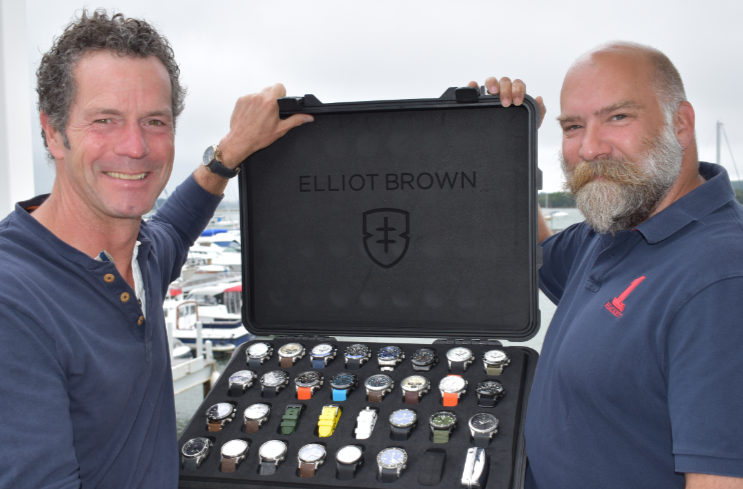 Without question it was the toughest test any watch has ever undertaken.

Strapped to the bow of a yacht competing in the 2017 Clipper Round the World Yacht Race. 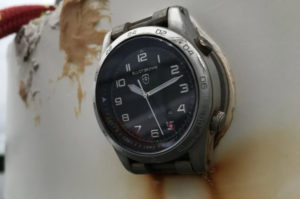 And at the end of it?

The watch, pictured above, had kept perfect time.

It had passed The Ultimate Challenge.

But, then again, this was an Elliot Brown watch.

Known for surviving the most arduous of conditions.

The business, founded by Ian Elliot and Alex Brown and based at Lake Yard in Hamworthy, supplies the watches to a specialist branch of the British armed forces. 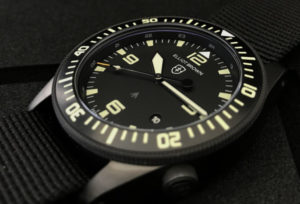 They’re the Holton Professional range, pictured right, with the 101-001 model having a NATO stock number, befitting its military issued status.

Ian, 55, said: “Hand delivering the first batch of Holtons to the unit concerned was a proud moment.

“It made us stop and take a breath.

“So few watches have ever attained the status of being developed this way and being issued as military equipment.”

In truth the delivery was one of many proud moments since Ian and Alex started the business in 2013.

They first met at Animal, the boardsport-inspired clothing and accessories company.

Ian co-founded the business in 1988 after developing a hook, loop and webbing watchstrap.

Alex, who studied and qualified as a horologist, joined the company when it needed expert help to develop, service and run a successful watch department.

Elliot Brown was conceived by working late nights and weekends in the two and a half years leading up to its launch.

Ian said: “Our goal was to build the most wearable, affordable, most durable watches on the planet.

“We started with a blank sheet that gave us the freedom to imagine just how good we could make a watch.

“No corporate restrictions, no preconceptions, just armed with the unique skills needed to build the most naturally durable watches.

“No corners cut, every detail built up to a standard, not down to a price.” 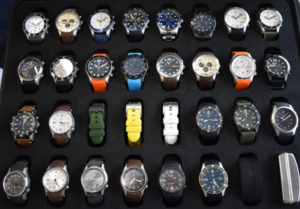 Fast forward seven years and the initial two launch models have been joined by a further 72 in five separate collections.

Each has its own Dorset reference – Bloxworth, Broadstone, Canford, Holton Professional and Kimmeridge.

The tough everyday watches are designed to be equally at home over a wetsuit or under a shirt.

All are shock and water resistant.

They’re designed, and the components procured, from Poole, the movements come from Switzerland and the assembly is carried out in a specialist facility in China.

Prices range from £350 to £800 with the watches available from 50 independent retailers in the UK and also direct from Elliot Brown.

“In fact, we’re obsessional about getting it absolutely right.

“Wearing one of our watches takes the anxiety out of watch ownership because they never need to be removed when the going gets tough.” 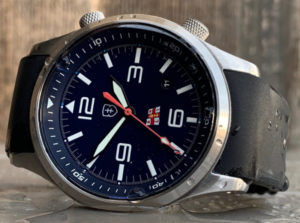 Elliot Brown also collaborates with organisations such as the RNLI and Mountain Rescue England & Wales to design special editions.

As a result, its watches are worn all over the world by military, government, rescue and security personnel.

This autumn will see the official launch of the Land Rover x Elliot Brown Holton Professional priced at £499. 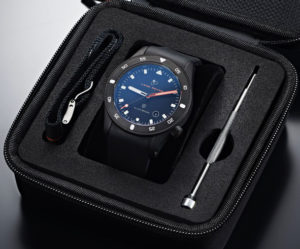 The new timepiece, pictured left, was the official timekeeper for a team rowing 2,000 miles around Britain in support of the British Red Cross and environmental charity JustOneOcean.

The watches will be available at JLR showrooms and online from Land Rover.

It is also due to become the ‘hero product’ in Land Rover’s Above and Beyond collection.

“We’re very pleased and excited at this collaboration,” said Ian, who was also MD of Salad Creative in Poole from 2001 to 2013.

Future plans for Elliot Brown, which employs seven full-time staff and has a £1m annual turnover, include partnering with high quality major retailers and international expansion.

It is also looking to increase sales through its website – www.elliotbrownwatches.com – after what’s described as a “phenomenally successful” trading period during lockdown.

Ian said: “Working from home during the pandemic was quite cathartic and gave us time to reflect on our next steps.

“The fact that we have 40+ ambassadors who are proud to promote Elliot Brown without payment is just one example of how different we are to the rest of the watch industry.

“We intend to keep it that way, staying true to our beliefs and principles, while producing the world’s toughest watches.”