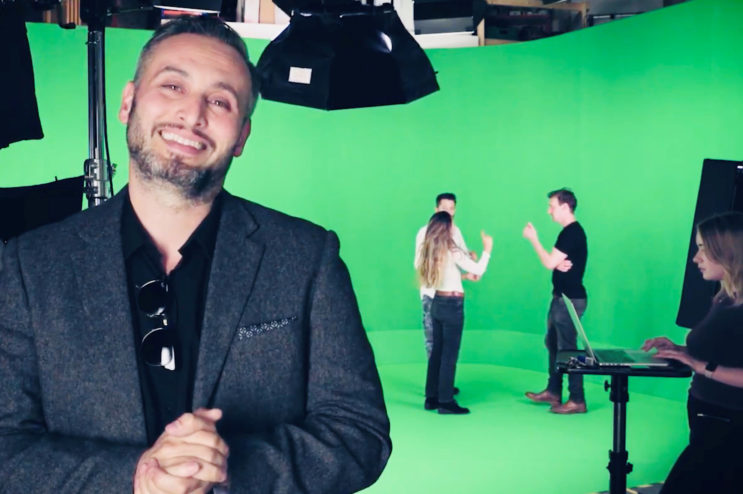 Ross Taylor admits he’s an entrepreneur down to his fingertips.

The 38-year-old Founder and Managing Director of Top Cat Media made money from an early age doing paper rounds and sweeping the car park of his dad’s hotel.

At his former school – Portchester in Bournemouth – he even got into trouble for going too far with a business studies project.

“We were selling sweets but I continued after the project ended. I should have been rewarded for my entrepreneurship not punished,” said Ross.

His first job was working in the Bournemouth Daily Echo’s advertising department.

It was followed by sales posts in radio, Yellow Pages, magazines and online – launching the popular dining deal website tablepouncer.com with fellow local entrepreneur Patrick Knight –  as he rapidly climbed the management ladder.

As with some of the best businesses it started small.

From his front room, in fact.

Meanwhile Top Cat has seen its revenues rise by between 60 and 80 per cent every year and, said Ross, the company has been in the black since 2015. 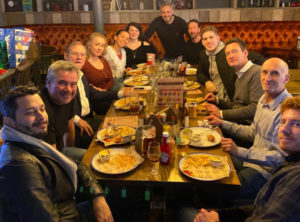 Today Top Cat employs 12 people – “the most amazing media specialists in their dedicated areas” he states – with an annual turnover of more than £500,000.

But the story doesn’t end there.

The entrepreneur plans to increase his team to 20 by the end of this year as the business targets new geographical areas and new business opportunities.

Ross said: “We already do work in Hampshire but we’re looking to fully cover the South Coast from Brighton in the east and then over to Bath and Bristol in the west. The main creative hub will remain in Bournemouth.”

A five figure sum is being spent on the ground floor which covers 1,420 sq ft.

It includes expanding the company’s existing in-house television, video and photographic studio as well as creating new facilities including an audio booth for recording podcasts.

But, said Ross, the major focus for the business currently is a deal with Sky AdSmart allowing Small and Medium Sized Enterprises (SMEs) affordable level entry to targeted TV advertising from £5,000 including commercial production.

Ross said: “Unknowingly everything we have done in previous years has laid the foundations for this. 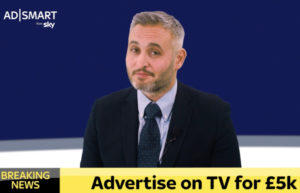 A promotional photo for the Sky AdSmart deal, featuring Ross.

“Sky AdSmart provides the opportunity to benefit from the powerful, intrusive, nature of TV, but is targeted only to the specific households an advertiser wishes to reach.

“We can target selected geographical areas, demographic groups, and a myriad of other options to ensure the right people are reached, at the right time, with a persuasive message.

“Sixteen campaigns have been confirmed since the beginning of October and we expect to have 20 by the end of this month.”

Ross, who’s married with two children aged eight and three, said his dad, Allan, is his true inspiration in life, while his business investor, Tony Unsworth, has been his best business mentor to date.

“I’m ambitious and always want to achieve more but my main drive is ensuring that I provide the best possible life for my family.

“I won’t pretend it’s always been easy, or a bed of roses, but I’m incredibly proud of what has been achieved to date and even more excited about what lies ahead in the future,” he said.

As for the name, Top Cat Media: “It works well but you know what? While I’m fond of cats, I’m actually a big dog lover,” he laughed. 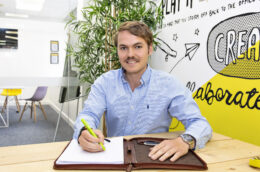