Unmasked: Photographer and writer capture faces and stories of NHS heroes and heroines 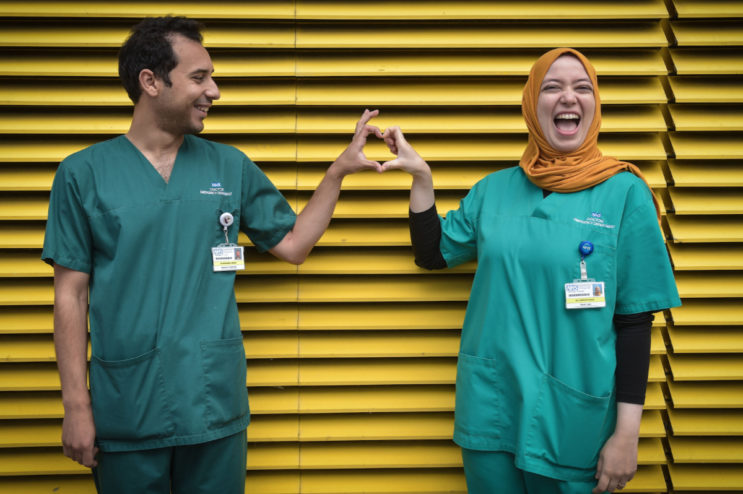 Every Thursday we clapped them.

But we never saw their faces.

In hospitals and medical centres across Dorset – and the nation – their identities were hidden.

Behind masks, gowns and gloves. 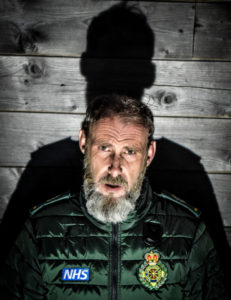 But now a project by photographer Andy Scaysbrook, and journalist Emma Pittard, is to reveal and celebrate the faces of health workers in the frontline of the battle against Covid-19 in Dorset.

While respecting social-distancing guidelines, Andy, from Bournemouth, has managed to produce a series of large, stylish portraits from all areas of healthcare.

The 28 subjects range from cleaners to consultants and maintenance staff to senior management. 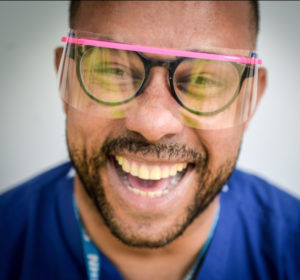 They represent four different NHS Trusts and several other medical bodies within the county.

All were photographed by Andy during the last four months.

Funding has been secured to display the pictures in an exhibition at Dorset County Hospital from October until the new year.

A corporate sponsor is now being sought to cover the costs of producing an accompanying book.

It will feature 28 stories with pictures by Andy, who worked for the Bournemouth Daily Echo for ten years before going freelance in 2001, and words by Emma, a former Echo journalist. 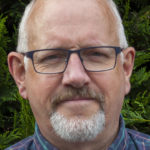 Graphic designer John Nesbitt, another former Echo man and now with his own business, John Nesbitt Design, pictured left, is assisting with both the exhibition and the book.

All proceeds from the book will go to NHS Dorset.

Andy, 56, said the initial idea for ‘Unmasked’ had come from talking to friends who were working for the NHS.

Apart from an artistic project it would act as a historical document of what have been – to use that somewhat over-used term – extraordinary times.

Andy said: “It’s chronicling a myriad of different personal experiences of the pandemic. 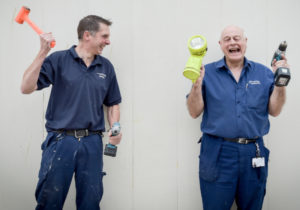 “The project was inspired by the fact that to fight this invisible enemy, our healthcare heroes have made themselves invisible, too, in a way.

“I photographed a complete cross-selection of people in locations ranging from the Royal Bournemouth Hospital to Dorset County Hospital in Dorchester and the Piddle Valley where a number of medical professionals live.

“Dorset County Hospital NHS Foundation Trust was particularly keen to support an artistic project that would serve as a historical document of the pandemic in Dorset. 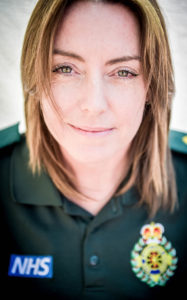 “Unmasked was a perfect fit.

“As well as raising funds for local NHS charities, the Dorchester exhibition will, hopefully, serve as an exercise in wellbeing and a morale booster for all healthcare staff.

“A first-hand record of the heroic roles played by ordinary people in extraordinary times.

“We hope it will be the first of many exhibitions in Dorset.

“There are other plans for this project, to be revealed in the coming months.” 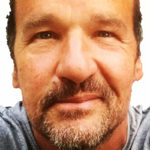 Andy, pictured left, said his work as a freelance had “fallen away” as a result of the pandemic but ‘Unmasked’ had filled the gap as an artistic project.

He said: “This is my bread and butter but I’m only as good as my last photograph.

“I’m proud of my work but especially proud that the people I was photographing trusted me to tell their story.

“Emma, John and I are not making anything out of this but if we can raise money for the NHS from our work then that would be a great outcome.”

The 150-page book will be A4 landscape with an embossed cover.

Corporate sponsorship of £10,000 is sought to cover the costs of producing the 3,000 copies with the sponsor receiving extensive credits in the publication.

John also worked for the Bournemouth and Southampton Echo’s before going freelance. 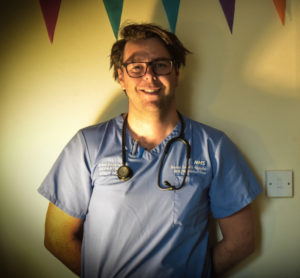 He said: “’Unmasked is a brilliant project, supporting NHS Dorset and giving a voice to the people who have stepped up to care for us in this crisis.

“Having worked with Andy and Emma for some years, to help in whatever way I can was a decision that made itself.

“I am proud to be involved and truly heartened by the interest and traction that ‘Unmasked’ is getting.” 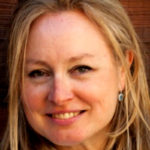 Emma, pictured left, said: “Andy, John and I all feel the same way about wanting to produce something local, uplifting and, above all, accurate – there is so much misinformation out there about Covid.

“We’ve had a great response and the project keeps gaining.

“We need to thank lots of wonderful people who have helped us to get this far, especially Suzy Rushbrook, Arts in Hospital Advisor at Dorset County Hospital, and Chris Lawrenson, our friend and another former colleague, for his technical support!

“But our biggest thanks, of course, go to all the inspirational health workers involved.

“It was a privilege for Andy and I to meet, photograph and write about every one of them.”