Watch out for the pup-arazzi! It’s bark to the future as surf’s up for the sea dogs in Poole 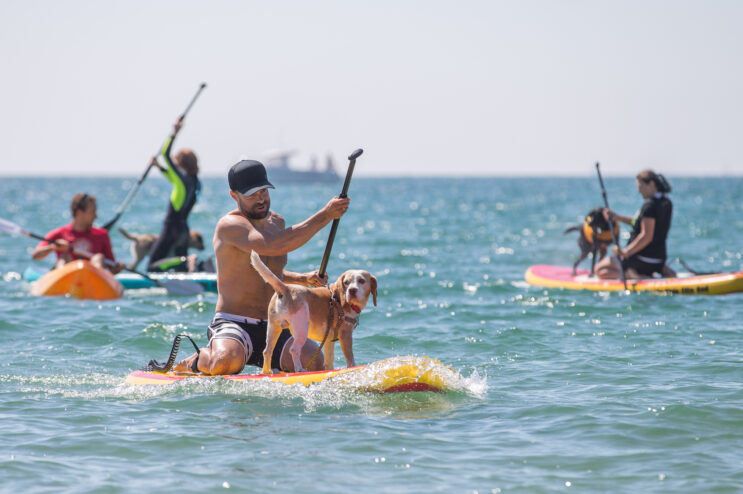 Britain’s only surf contest for canines – the UK Dog Surfing Championships – is set to ride the waves at Branksome Dene Chine beach in Poole this month.

Billed as bigger and better than ever, the fourth annual Dog Masters Festival is now an all-day event that extends into the evening with a full programme of live music and sundown entertainment.

Event Organiser Mark Reeves from Shaka Surf, a surf and paddleboard school based at Branksome Dene, said: “It’s barking brilliant fun for all the family.

“We’re really excited because after three years undefeated reigning champions James Clarke and his beagle Bear have announced their retirement – so we’ll have to crown a new top dog!”

Notable entrants include Jason the Cockerpoo who learned to paddleboard to conquer his separation anxiety; Nixon the Parson Russell whose owner Mark Lewis is a famous fitness YouTuber; Scout the Border Collie who comes all the way from Ireland to take part, and Harper the Black Lab whose owner Simon insists on wearing a Scooby-Doo outfit.

Meanwhile, last year’s runner up and firm fan favourite, Chuck Norris the Parson Russell has been in training… eating an egg a day.

As well as the main event with 30 canine competitors registered for a fast paced doggy paddleboard race in the sea using Sandbanks Style boards, the festival boasts a host of new features.

They include a dog show with dog behaviourist Paws On Board, the Mutts Market, Shaka Surf Street Market, Shaka Street Food Fair and the Puppy Pad Kids Zone.

The fun continues into the evening with the Sunset Sessions headlined by The Marley Experience, the world’s top Bob Marley tribute, and a strong support bill featuring the emerging singer songwriters Francis Lion, Poppy and Sam Lowen. 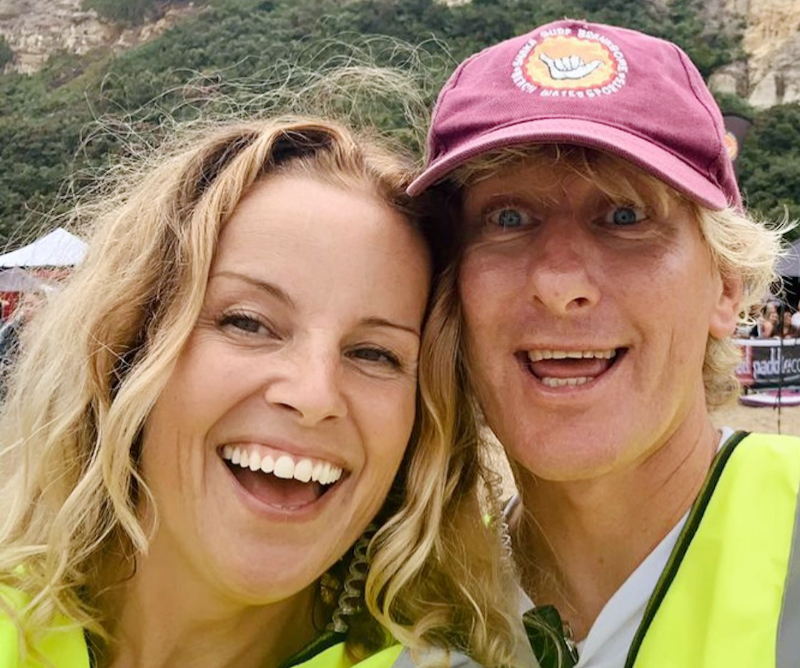 Mark, pictured, said: “Dog Masters is more bonkers than ever.

“We can promise dogs in Hawaiian shirts, kids on bungee swings, the best surf and pooch gear, beers and burgers on the beach, our comperes Martyn the Hat and Kev Scott from Hot Radio are hilarious and we’ve got the coolest live music bill as the sun goes down.”

Tickets are available by clicking here.