‘We must see further action’: Ministers urged to back survival plan for the hospitality sector 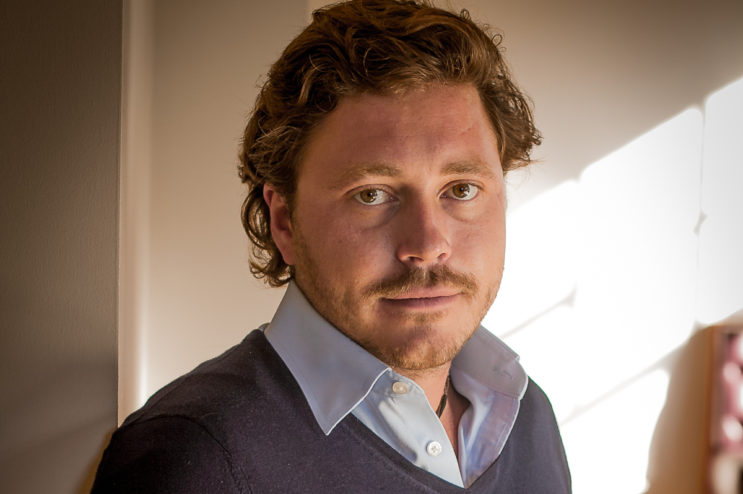 A group representing more than 200 restaurants, bars, clubs, pubs and event management businesses across the BCP and Wimborne area has called on the government and national bodies to adopt a six point survival plan for their industry.

In a letter to ministers and local MPs, The Wonky Table says it wishes to publicly support the campaigns and ideas put forward by a number of bodies including UK Hospitality.

The letter has the support of Chambers of Trade across the conurbation as well as Business Improvement Districts (BIDs), BH Area Hospitality Association (BAHA), Destination Management Board, UK Hospitality and Cllr Lewis Allison, BCP Council’s Cabinet portfolio holder for Tourism, Leisure and Communities. 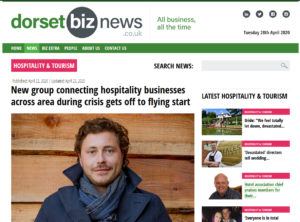 Our April 22 story about the founding of The Wonky Table by Andy Lennox.

Andy said: “It’s been a bit of a whirlwind couple of weeks with a continual stream of people joining the group and getting involved. It’s been quite overwhelming.

“The letter to government will, hopefully, help in some small way to further the next phase of government support for our industry.

“However, most importantly this letter has the support of every major business or hospitality group in the conurbation.

“There is one vision going forward. One conurbation together coming out of this together.”

The six actions backed in the letter are:

1. Extension of the furlough scheme for hospitality: The sector is unlikely to reopen at the end of June (many are currently working towards an August opening) and furlough must remain in place for as long as closure is mandated and beyond. Businesses are likely to reopen at significantly reduced turnover levels (sub 50%) to adhere to the social distancing measures that are likely to be enforced. We hope the furlough scheme will continue as capacity is reduced (albeit reduced in its percentage contribution). We see this being needed until at least December 2020 in some form or another.

2. Support on rent #nationaltimeout: The closure period, sustained reduced capacity when open and depleted cashflow means rent challenges will continue over the remaining three quarters of 2020. The government must act now to extend the legal right to deferment and protection from lease forfeiture for 9 months and to include all forms of debt enforcement, mandating breathing space to allow parties to renegotiate rent terms. The government must also urge landlords, wherever possible to release rent deposits as a way of helping to pay rent, in the first instance – this seems logical.

3. Reduction of VAT: As in the 2008 crisis we believe a reduction of VAT (for 2 years at least) is a much-needed lifeline for when the industry reopens. The reduction of VAT to 15% was an incredibly important element of the 2008 crisis recovery and in these unprecedented times we believe this should be reduced to 10%. Furthermore, the UK hospitality trade is one of the highest taxed industries in the world. Government should also look at measures to keep this at this level indefinitely. Reduction of VAT to 10% would help recovery, encourage further growth, it would be fairer to our industry and ultimately more tax would be paid in the long run.

4. Support for #Raisethebar: Tens of thousands of shops, pubs, clubs, restaurants, hotels and leisure businesses on our high streets, town centres and in our communities are currently unable to access government grants putting millions of jobs at risk. The government must increase the threshold from £51,000 to £150,000 and save tens of thousands of businesses from going under by allowing businesses over the £51k threshold the opportunity to access the £25,000 grant. Further work should also be carried out to grant section for allowances for tenants classified as an ancillary to a park, public spaces or seafronts which are not on rating list and therefore not eligible for support grants.

5. Lobbying of Insurance companies: Many of us have pandemic/human disease cover and government closure cover but because Covid-19 was not a ‘listed/named/known disease at the time of the policy inception’ they are refusing to pay out. Government legislation must be passed to ensure that those who have the relevant policies should be able to claim. It should be noted that businesses that have reasonable grounds for cover are being denied cover – against the advice of the FCA. These insurance companies are trying to elongate the process and complaints procedures in an effort to not pay out. The insurance companies must be forced to bear some of the burden.

The letter congratulates the government for its measures to date and also praises BCP Council for “swiftly administering” government grants to eligible businesses.

It concludes: “We hope that the government will consider these proposals as a collective and an essential completion of the lifeline which the hospitality industry needs to survive the current situation.

“While the  letter is sent on behalf of over 200 businesses represented by The Wonky Table and affiliated hotel groups, you will also notice the logos of various other groups in the conurbation which additionally represent thousands of other businesses in the area.”