We’ll drink to this! Water bottle and coffee cup in one takes crowdfunding platform by storm 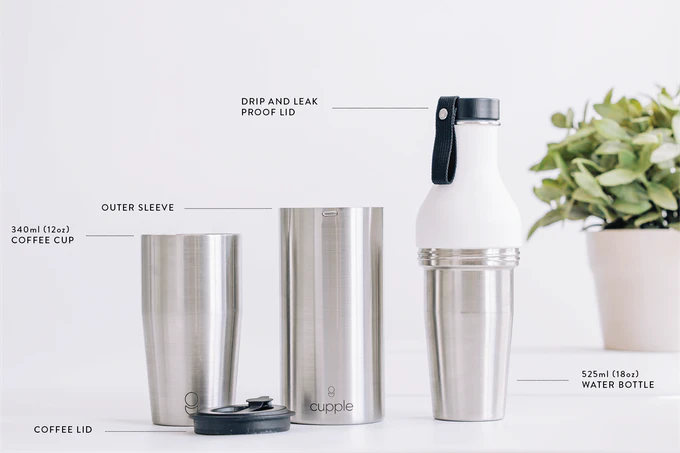 Cupple, a reusable water bottle and coffee cup that twist together.
By Andrew Diprose, editor editor@dorsetbiznews.co.uk

It’s a water bottle and coffee cup in one and – judging by the initial reaction on the world’s leading crowdfunding platform – looks set to be a smash hit.

Cousins Amanda McDowell and Eve Fry, of Gracious Lane Living Ltd, came up with the idea of Cupple®, a reusable water bottle and coffee cup that twist together. 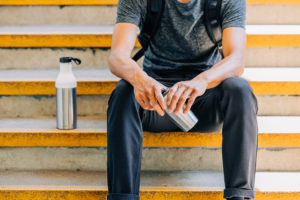 Both were frustrated by the rubbish they saw in cities, on country lanes and in oceans.

Together they’ve worked to design a stylish, unique bottle which hides a coffee cup within.

Described as offering the world’s most convenient, safe solution to reduce one time plastic use in a cupple of ways, the product went live on the crowdfunding platform, Kickstarter, at 1700 BST on September 9.

The aim was to raise funds to enable Cupple to be manufactured and offered as the ultimate companion for those looking to reduce their day-to-day waste footprint.

To date more than £27,000 has been pledged from 346 backers and the closing date is not until October 9.

Sophie Parsons, Project Manager and Director of Aetha Design, said the team were so passionate about the product that they jumped on the project with the Cupple team and are now involved in the whole business.

She added: “We love the idea.

“We see rubbish and plastic in the sea in Dorset every day and washed up on the beach.

“Being involved in a product that can reduce the amount of single use bottles and cups that people use is something we feel strongly about.

“We are proud of the design.” 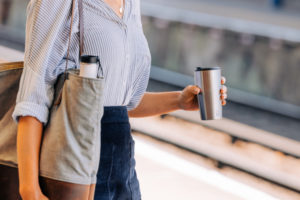 The creators of Cupple say that one of the biggest problems with moving people away from the convenience of one-time-use plastic is that often a better, more convenient solution has not yet been created which is both stylish and intuitive to use.

Cupple enables users to reduce their single use waste footprint when they are on the move.

They can fill the bottle of water at home while the insulated cup with lid twists off when ready for a hot drink.

As many people grab more than one take-away drink a week, it means a single person is creating their own small mountain of waste cups every year.

An estimated 7.7bn single use plastic bottles and 3bn throwaway cups are purchased every year in the UK.

Cupple® will initially be available in two colours – Chalk White and Sea Green. 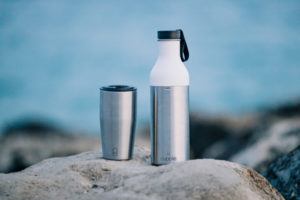 Specially discounted prices of between 25 per cent and nearly 50 per cent are available via Kickstarter for a limited time.

Prices for early backers for one Cupple start at £29.00.

Larger bundles of four to 50 Cupples offer greater reductions bringing the price of a single Cupple down to £25.00 throughout the Kickstarter campaign.

Gracious Lane Living Ltd, the company behind Cupple, is based in Kent.

It was founded by Amanda and Eve last year to create everyday products to support those seeking to reduce their waste footprint. 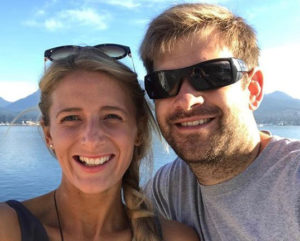 Aetha Design was founded by Sophie’s husband, Tom, in 2018.

The business employs four full-time members of staff, including three designers, and has clients locally and nationwide including Aquapac, NLG, Treekit, Mi:MU Gloves, Senti and Framechain.

The Aetha team undertake projects in their entirety from pre concept stage through to product development and manufacture.

Earlier this year Dorset Biz News reported that the business might “reluctantly” relocate to Bournemouth or beyond because it couldn’t suitable studio space in the town.

It had been operating from a converted unit in a former foundry in the Old Town area.

However, the land had been sold with plans for a development of 400 flats and the consultancy needed to move out by March.

It now rents a floor in Enefco House on Poole Quay shared with other creative local companies – Lush and Salad Creative.