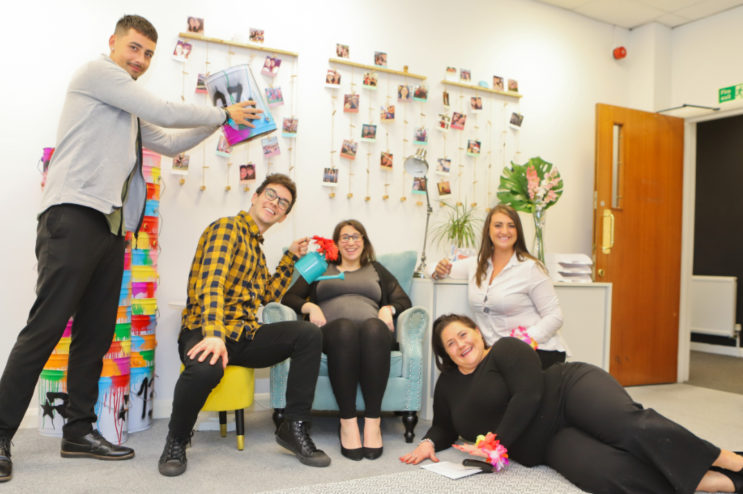 The team at Westbourne-based recruitment agency Tru Talent which launched in February this year.
By Andrew Diprose, editor editor@dorsetbiznews.co.uk

Toni Taylor is one very determined – and confident – woman.

Securing a £20,000 startup business loan, buying the assets and goodwill of a previously high-profile company for £8,000 and then creating your own new brand, Tru Talent…

That’s a pretty tall order for anyone.

Add in launching your own agency – in the recruitment sector – just weeks before the biggest crisis to hit the UK since the Second World War and you’d think the 27-year-old would be, well, a little nervous. 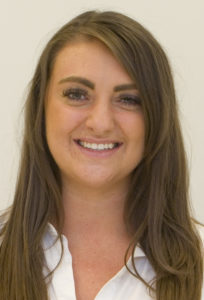 “I actually feel quite calm about everything and I’m 100 per cent confident that we’ll come through this,” said Toni, pictured left.

She added: “It may push back our plans a little but I have a great team.

“We’ll not only survive but thrive eventually.”

She lived for the moment of finally being able to make her own way in the world.

Joining insurance brokers Protect Line in 2010, then employing seven staff – now 220-strong – as an Administrative and Customer Support Assistant, she rose rapidly up the ranks.

Toni credits Jo Brewer, Protect Line’s Managing Director and Co-Founder with husband David, as one of the two most influential people in her life.

The other is her mum, Amanda Taylor.

“Both are such great role models and I have learned so much from them,” she said.

After a gap period travelling the world, as well as working in Australia, Toni returned to the UK and joined Angela Piromalli at recruitment agency RISE.

“I knew Angela from my time at Protect Line and we’d always had a great relationship.

“I joined as Office Manager before being promoted to Operations Director.

“However, I could see that Angela was looking to come out of recruitment and that an opportunity might arise to have some kind of buyout,” said Toni.

In the event Toni paid £8,000 plus VAT to buy the assets and goodwill of the business from the liquidator using a £20,000 loan.

She also acquired five employees as well as 30 or so temporary staff working at various companies in the area.

“I didn’t have any trepidation because I felt there was nothing to lose. I had a great team and a great business,” said Toni.

Next came the task of choosing a new brand with Poole-based Insightful UX paying a crucial role.

“We had a workshop to decide on our identity and core values and the name Tru Talent emerged. I love it,” said Toni.

Westbourne-based Tru Talent officially launched in February but just over a month later – and as with everyone else – life changed in a moment when the coronavirus pandemic led to the current lockdown.

Four of Toni’s team have been furloughed and the majority of the temporary staff have been pulled out of companies.

But Toni said: “I really understand our financial position, what costs I have to cover and what is vital to function.

“We’re keeping up our social media which is so important when you have a new brand but it will, of course, have an impact.

“My fiancé, Ben Price, is joining the business to set up a new automotive division but may be working on other things as well.

“We’re humans and we are lovely and not how we’re often portrayed.” 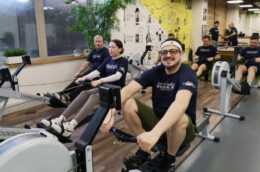 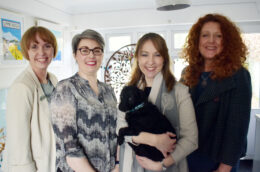 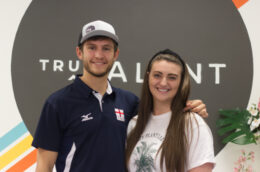