What a feet! Crowdfunding campaign for new school shoe range successfully kicks off in style 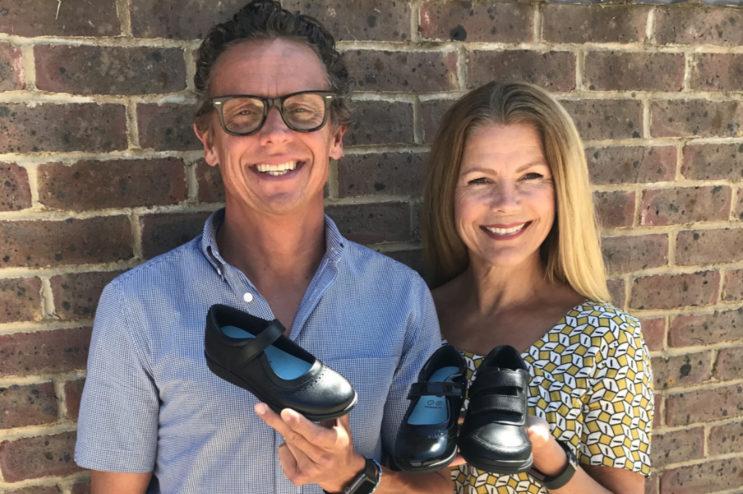 A Dorset company which designs, manufactures and sells school shoes has successfully kicked off a campaign to create the next generation of kid’s shoes. 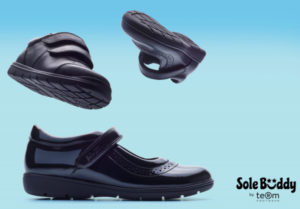 But with no school, well, no school shoes were needed.

Now, with children set to head back to the classroom in the next month or so, owners Sharon and Lincoln New have launched a Kickstarter crowdfunding campaign.

The aim is to raise at least £10,000 to get the first production of school shoes made and sold. 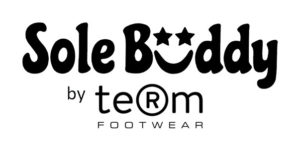 The month-long campaign was only officially launched on May 19 but is already 37 per cent towards its initial target.

Sharon, 50, said: “We were all ready to go, then schools closed and so did our retailers.

“Overnight we went from exciting times to nothing.

“We decided quickly to make use of this downtime and appeal directly to our customers to back us with a Kickstarter crowdfunding campaign.

“We have designed the campaign to make the new Sole Buddy range come to life and we hope people will like the shoes and back us.”

The Kickstarter campaign allows parents and relatives to buy the new Sole Buddy range from £30 per pair, delivered in time for September.

It also allows people to donate and have shoes delivered to children in need or even specific children of frontline keyworkers they may know.

Sharon said: “We just want people to go and have a look at the campaign and how awesome our shoes are.

“We have worked with some of the best designers in the shoe world to create this range and we are so proud and excited for people to see them. 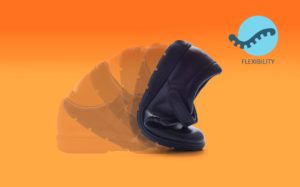 “Kids will always need shoes, especially after their feet have grown in lockdown.

“These shoes are very special and from only £30 per pair with our early bird offers.”

Sole Buddy by Term are being developed in two seasons.

Sizes 9 to 2 are available this September with sizes 3-5 added from January 2021.

Term shoes, which are developed for middle and senior school ages, are available for larger sizes.

The fashionable and popular styles for the older child are available up to size 8 for girls and size 10 for boys.

Sharon, who was the RNLI’s Marketing and Campaign Manager from 1999 to 2009, launched what was to become Term Footwear in 2010 with husband Lincoln.

The couple got the idea for the business after being introduced to Toughees school shoes while on a family holiday to South Africa.

They successfully retailed the brand – South Africa’s market leader with 4m school shoes and boots sold annually – for several years before launching their own range for middle and senior school students. 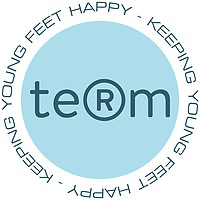 Sole Buddy began life after Sharon and Lincoln employed the services of a footwear designer who previously worked for a major shoe company specialising in school starters.

The shoes are designed and correctly fitted to stop damage or any malformation occurring in feet where the bones are still developing.

Sharon said: “Foot health is at the forefront of everything we do.

“Sole Buddy shoes are a robust force for change, re-building school shoes from the sole up, so that young feet can develop healthily and beautifully.

“We have used innovative school shoe design and unique features to nurture growing feet to be healthy for life.

“We stand out as a company because we focus on fashionable design and good fit and make shoes which children of all ages want to wear, from the moment they try them on.

“Parents too like Term for excellent quality and comfort.” 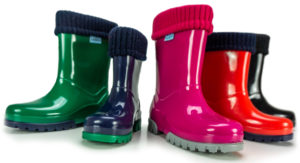 Term sells its shoes and roll top wellies though independent retailers, department stores, online stores and its own website.

“We’re very pleased at the interest shown in the Kickstarter campaign and confident about the future.”