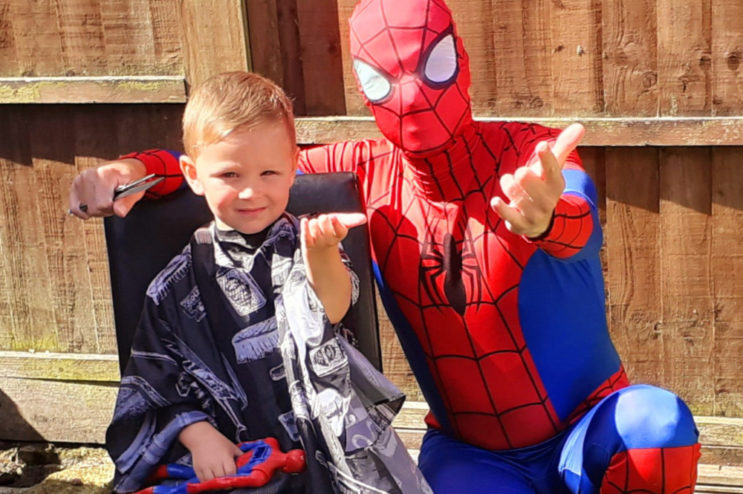 For 17 years James Smith has harboured ambitions of becoming a barber.

But it’s only now – after losing his job as a result of the pandemic – that he’s taken the plunge.

It’s a pretty big gear change for the 35-year-old father of two whose career has predominately been in sales in the motor trade.

But, said James: “Barbering has always been something that I have wanted to do.

“With the support of my wife and family I am hoping to achieve something that up until now has only just been a dream.” 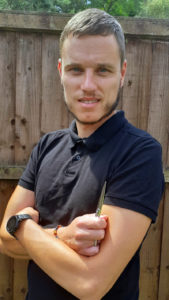 James’ hair was growing at such a rate that he was visiting his barber every week to ten days.

Good business for his barber but a hit to the wallet for James.

“It was actually my barber who suggested I should take it up for a living.

“He did himself out of a job because I started cutting my own hair and found I really enjoyed it,” said James.

“But then I got married, we had children and I put becoming a barber to the back of my mind.

“With the lockdown, though, I – like many other people – had chance to step back and think what I wanted to do with the rest of my life.

“I decided becoming a barber was for me.”

James, who is married to Carly and has two children Harry, four, and George, two, successfully completed an ‘introduction to barbering’ course during the last three months.

He said: “Passing the course cemented my knowledge and passion of becoming a barber.

“I have now secured more training to gain a recognised qualification – City & Guilds NVQ Diploma in Barbering – which starts in August.

“This will give me more experience in all aspects of barbering.”

James has already built up quite a client base having looked after the hair of his brother-in-law, Dad and various friends over the years.

He also trims the hair of Carly, who has her own business Sweet Solutions UK, but says: “I wouldn’t risk doing more than that.”

Cutting young children’s hair can be a challenge but James, who lives in Bearwood, believes he’s hit on the solution – and a great business idea to boot.

He said: “I’ve been thinking of ways to encourage little ones to sit and have their hair cut.

“One idea I am planning on is dressing up as Spider-Man and making their hair cutting experiences a fun one.

“If this goes well I would introduce more characters.

“I am going mobile at the moment with home visits which is gaining me more and more experience.

“I’ve had really positive feedback and I’m now even cutting the hair of some of my former colleagues in the motor trade.

“I’m going to make it happen and the early signs for James Smith Barbering are very good.”