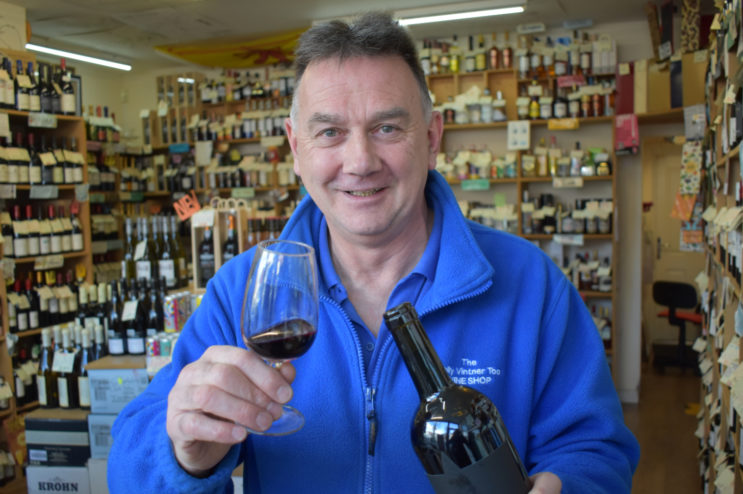 Jim Dawson lives, breathes but, above all, drinks wine.

In fact, he’s tasted or drunk everything he sells in his independent wine shop in Bournemouth.

At the last count that was around 500 wines.

Oh, and don’t forget the 70 malt whiskies – he has eight shelves – together with 30 gins, 60 liqueurs, rums, cognacs, brandies and beer.

To coin a phrase, it’s a tough job – but someone’s got to do it.

Jim said: “I can personally recommend wines, spirits or liqueurs to cater for my customer’s needs.

“How can I sell them something if I haven’t tried it myself?

“I probably taste upwards of 1,000 wines each year and regularly introduce 50-60 new wines every year to freshen up my range and provide regular customers with something different to try.” 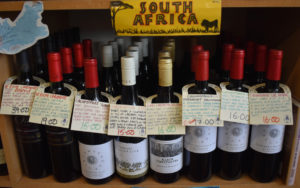 Every wine in his shop is also individually labelled with a short handwritten description.

If it’s good then it receives the ‘W’ treatment.

And, the top accolade?

The Jolly Vintner Too is the only independent wine shop of its kind in Bournemouth.

In truth, the word ‘jolly’ is,  perhaps, not the best description of some of the times in Jim’s eventful life.

The 61-year-old Scot has had three marriages, two nervous breakdowns and been diagnosed with mild bipolar disorder.

But whatever the ups and downs in his life one thing has remained constant, his love of wine. 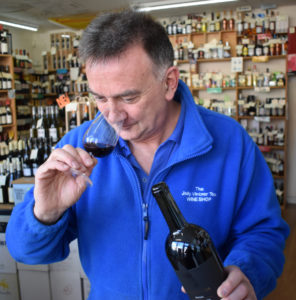 It began in earnest 42 years ago when he joined Oddbins, then a company of just 30 shops, as a rookie sales assistant in Edinburgh.

He had abandoned his university course in architecture after a year and, instead, opted for something – wine – which was not confined to one subject.

It didn’t take long before Jim’s career took off, winning a scholarship through the Wine and Spirit Education Trust exam system to spend three weeks in the vineyards and wineries of Germany.

Two years later he gained his Diploma in Wines and Spirits while promotion saw him rapidly advance starting with Branch Manager, then Area Manager covering, first, West and Wales and latterly London.

Twenty shops and £16m worth of sales.

After Oddbins Jim owned a restaurant for more than three years in London.

He returned to his first love, wine, by opening The Jolly Vintner Too in 2006, initially in Iford before moving to its present location in Christchurch Road eight years ago.

Since 2008 Jim has held regular monthly wine tasting evenings, attracting up to 24 actual and potential customers.

A region, or grape variety, is chosen with a selection of ten wines.

They’re matched up in pairs in order to compare and contrast with customers invited to smell and, of course, taste. 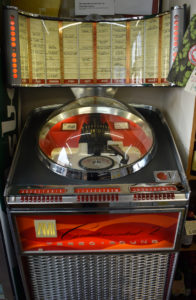 The evening rounds off with a selection of tunes played on the old jukebox, literally, as Jim has a 1960’s model in pride of place in the shop.

“It’s become a very social occasion and some of my customers have even formed their own groups to meet up outside the tastings. We also raise money for charity,” said Jim.

“There is a wine out there for everyone and, of course, I also offer discounts to those attending so it’s a good generator of business.”

Just in the past year the tastings have included wines from Southern Italy, Central Spain, South Africa, Argentina and the West Coast of America as well as gin tastings.

Future events range from the wines of Rioja and Navarra to cognac and brandy tasting and a selection of champagnes.

To take part you become a member of The Jolly Vintner Too Wine Tasting Club which has about 600 members.

Jim also has a Wine of the Week, carries out special event tastings and also conducts tastings for formal functions, charity events or family occasions.

And, amazingly, despite the many thousands of wines that have passed his lips in the last four decades, he maintains he remembers everything he’s ever tasted or drunk. 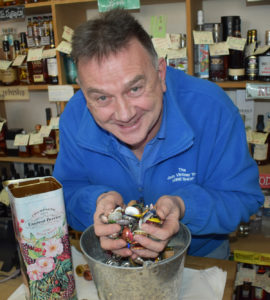 He’s had about 800 bottles over the years and can state that for a fact as he’s collected, and stored, every crown closure.

As for the future, Jim said: “I’m the last of a dying breed.

“There are 900 independent wine merchants in the country but many are hybrid, a wine shop by day and a wine bar in the evening.

“But business is still good and there’s still a place for people like me.”