What a pick me up after lockdown as American TV actress tells hair stylist: ‘You are a rockstar’ 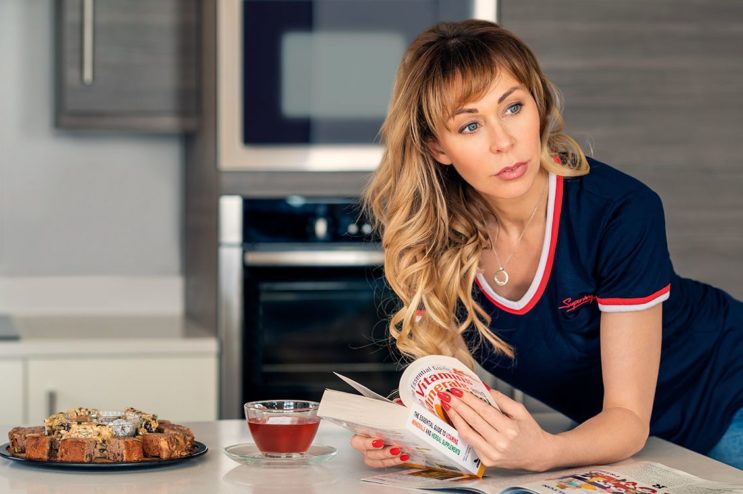 An award-winning hair salon, which has undergone a £60,000 makeover, received the perfect pick me up after weeks in lockdown with a celebrity endorsement from an American TV actress. 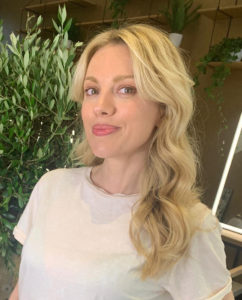 Bar Paly, who appears in the crime drama NCIS: Los Angeles, said she felt a “new person” after Simone Thomas stylist Ashleigh Hitchens “fixed” her hair while staying in Bournemouth.

The model, who has appeared on the covers of Maxim, Rolling Stone and GQ, later thanked Ashleigh for her “magic hands.”

In an email, she added: “The hair looks beautiful and I literally feel like I am a new person. 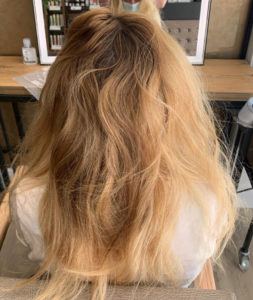 “The ‘outside’ definitely affects how I feel on the inside, from confidence levels to personal motivation.

“You are wonderfully talented, skilled, smart and funny professional and I can’t thank you enough.

“You are a rockstar and I’m beyond happy with the results.”

Simone Thomas, who founded her Westbourne salon and hair loss clinic eight years ago, said: “To receive such praise, and so soon after returning to work, was a great pick me up.

“It was also a fantastic endorsement for our new-look salon and clinic.” 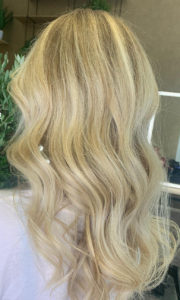 …and after Ashleigh’s work.

All except one of Simone’s 17-strong staff have now returned to work after more than three months of lockdown.

It was, admitted Simone, the biggest challenge of her professional life.

All her team were furloughed.

But with wellbeing now forming a key part of her business with The Simone Thomas Wellness brand of food supplements, Simone said she had been determined to keep staff morale and welfare centre stage. 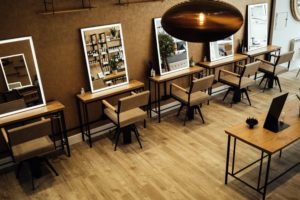 She said: “We set up a separate WhatsApp group and held regular Zoom calls.

“I wanted to keep everyone fully motivated and positive.

“My message was: we have to make the most of this opportunity. We’ll probably never get another 12 to 14 weeks off like this.

“You can either become a victim of the situation or use it to do something new whether that’s learning a new skill or taking up a new hobby.

“The gifts and flowers, as well as the comments I received, when everyone came back showed how this was appreciated.

“I think our team have matured more and I feel I’ve come out of this as a better person.

“As a business it was a chance to review our position and plan for the next five years. 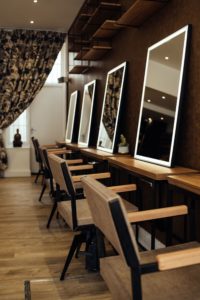 The salon makeover, originally scheduled to cost £150,000, actually came in at £60,000 after Simone pulled in former tradesmen and also rolled up her own sleeves.

“We have a new look and feel and have also created a more sustainable environment,” said Simone, who has two sons aged three and four years.

The new features include ‘no waste’ tap fittings and renewable energy with eco-friendly, low energy lighting.

The bulbs last ten times longer – and use 66 per cent less energy – than standard light bulbs. 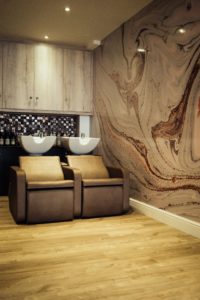 Simone said the reaction of clients had been very positive with many “blown away” by the changes.

She added: “We’re just so pleased to be back up and running again. I’ve already taken on two new staff.

“The response from my team, and clients, gives me real hope for the future.”