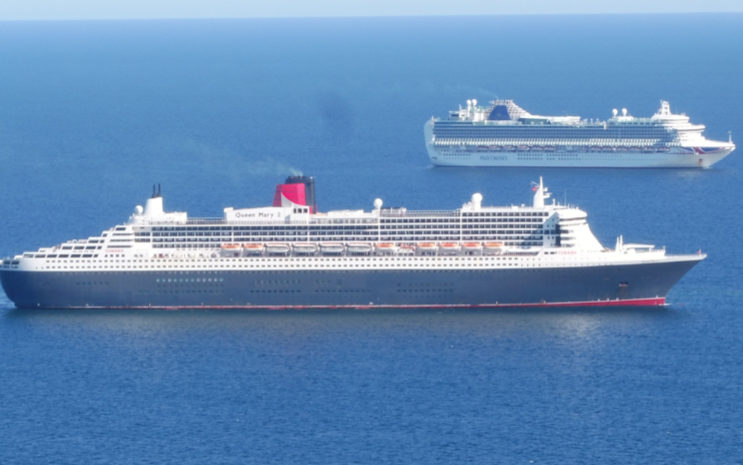 She’s the flagship of Cunard, feted wherever she goes in the world and famous for her transatlantic voyages between Southampton and New York.

But in an image that sums up the extraordinary times we’re living through, the mighty Queen Mary 2 sits quietly at anchor off the Dorset coast in Weymouth Bay.

Cunard has confirmed the cancellation of all sailings on the ocean liner that were due to depart up to and including July 31.

The decision by the cruise industry to suspend worldwide operations is set to have a massive impact on Portland Port.

The last cruise ship to call was the Saga Sapphire on March 14.

She was in the final days of her cruise before disembarking passengers and entering her suspension phase.

Instead the port has seen the cancellation of its programme for April, May and June.

The next ship is not currently due until July 15.

Elsewhere the reduction in construction activities during the lockdown led to the temporary suspension of cement imports to the port.

They were starting again this week.

Management stress that while the port may not be bustling, it continues to vigorously promote itself to the wider industry and prepare and plan for the future.