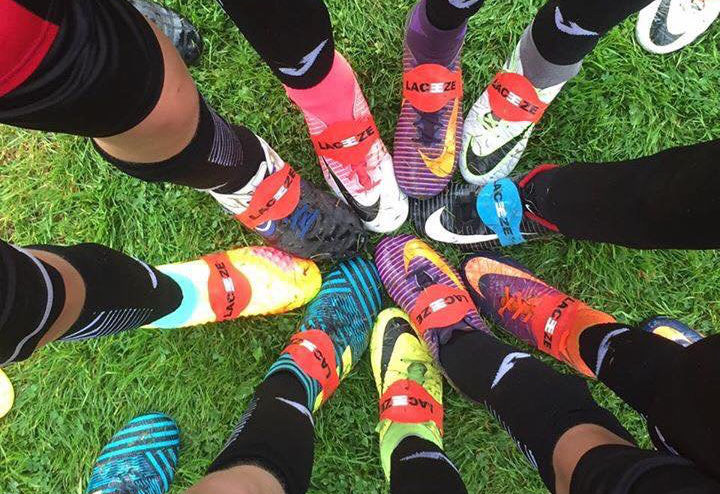 Like so many businesses it began with a ‘lightbulb’ moment. 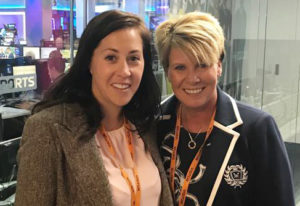 In common with other parents and coaches they had suffered the frustration of lace failure one too many times.

Then, on a cold autumn night exactly four years ago, a boy turned up for a game with a rubber band placed over his boot to stop his laces coming undone.

Emma and Paula looked at each other.

The eight-year-old had, unwittingly, given them an idea.

A prototype was put through stringent testing after extensive research and, in May 2017, Emma and Paula’s bands were launched. 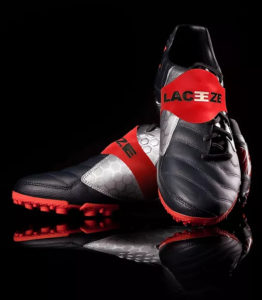 The Laceeze bands wrap around the outside of the sports shoe.

The wearer ties their laces in a single knot and pulls the silicon bands flat over the lace, locking it firmly into place.

Now, and seemingly against the odds, Ferndown-based Laceeze has been granted a worldwide patent.

Emma, 39, who became friendly with Paula through their respective sons playing football, said: “It’s a really big moment for our business.

“Laceeze was instantly a hit for children playing sport when we launched and we sought to protect our intellectual property (IP).

“But the opinion of most IP experts was that there was no chance of being granted a patent.

“However, Andrew Sale, Managing Director of our manufacturers – Global Precision Ltd in West Yorkshire – made an introduction to his IP lawyers.

“We were told it was tricky but worth a go.

“That was more than two years ago and we’d actually forgotten about the application.

“Then, out of the blue, an email arrived from the lawyers with the good news.

“To actually now receive the certificate for a worldwide patent was amazing.

”Andrew and his colleagues have been so supportive and we’re hugely grateful.”

They are easy to fit to any boot or training shoe in seconds.

Currently annual sales are running at about 20,000 pairs with around half sold through Amazon.

The rest are through stockists and mail order with Amazon handling the fulfilment.

Emma started her first business, a contract cleaning company, at the age of 19 and grew it to more than 60 staff at its peak.

She has since set up and run a number of ventures, including two online retail businesses, and manages her own commercial and residential property portfolio.

“We see the United States as a big potential market for us.

“We’ll either find a distributor there or replicate what we’re doing here,” said Emma.

Paula, 52, worked in insurance before opening a children’s nursery in 2008 which she sold five years later.

She was three years into football youth coaching when the concept of Laceeze was born.

“This was the boost we needed as we restructure the business and get things moving again.

“During lockdown we had time to work on some new designs for our complementary clothing range, Defiance by Laceeze

“We are pleased that these are now in manufacture ready for the winter season,” added Paula.