Animation of Boscombe in lockdown is praised for its care, observation & quiet contemplation 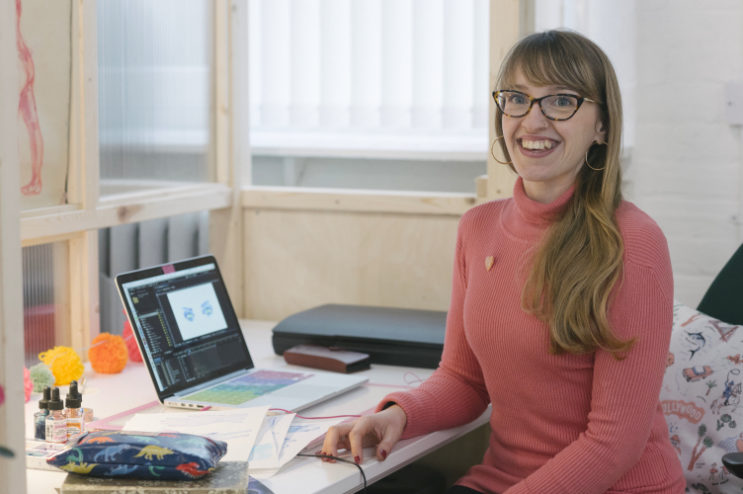 A four-minute hand-painted animation depicting Boscombe in lockdown has won praise for being “full of care, sensitive observation and quiet contemplation.”

‘Boscombe Bound’ by animator and illustrator Corrianna Clarke combines snippets of conversations with local residents with animations of the quiet, outdoor spaces of the Bournemouth surburb. 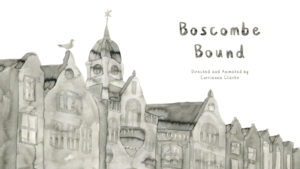 Four hours of audio was edited to four minutes and each frame was carefully hand-painted using ink and water.

Corrianna was commissioned by The Arts Development Company.

Reviewing the animation, Jasmine O’Hare, of The Arts Development Company, said: “It beautifully captures the quiet, everyday moments of lockdown that we’ve all experienced, but it also feels uniquely Boscombe.

“When the seagulls landed on the sign I realised I hadn’t seen one since last March.

“This animation has an incredible way of making you realise the similarities and differences in our lockdown experiences. 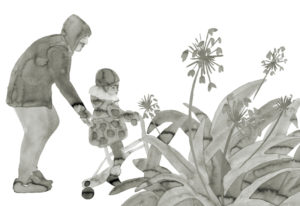 “There is a sense of care and attention running through this animation.

“Each frame has been hand painted with ink that runs and flows, adding to the feeling of quiet movement.

“This very particular moment of our shared history has been captured in a very human way.

Corrianna is an artist and animator who specialises in telling stories with sensitivity and humour to encourage viewers to think and talk about often difficult subjects.

She has previously animated a story by BBC Radio 4’s ‘The Listening Project.’

The Boscombe Bound commission was spread across four months.

Corrianna spent the first half researching – finding people to speak to, interviewing, listening back to hours of conversation, taking photographs and sketching out in the freezing cold.

The remaining time was spent doing the animation. 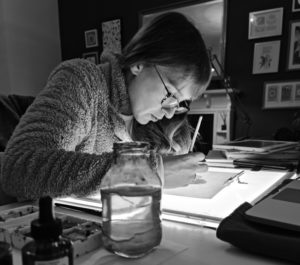 But, Corrianna said: “Two months is not a long time to make an animation, and I’d initially thought I’d put together a one minute 90 second piece, manageable in this time frame.

“However, trimming down over four hours of poignant and insightful interviews was so tough.

“The more I spoke to the community, the deeper my relationship with it became.

“I knew that I wanted multiple perspectives, so I instead decided I would ambitiously (madly) take on four minutes of footage.

“I put together all of my drawings and considered how I could show some sort of visual tour through Boscombe that could reflect the tone of the conversations, whilst sharing some ‘iconic’ locations, and capturing the peculiarities and differences of our behaviour during lockdown life.”

Corrianna lives and works in Boscombe.

She moved there after graduating with a BA degree in Illustration from the Arts University Bournemouth in 2017.

Corrianna works part time at TOSH, a non-profit creative co-working and community space in Boscombe, as the Marketing and Development Coordinator, and part time as a freelance creative.

She’s returned to the Arts University Bournemouth to study her MA in illustration.

Her working process is a meeting of traditional and digital methods.

As a 2D animator, Corrianna predominantly hand-paints all of the frames in her animations, and then composites them digitally to bring the piece together.

She said: “The painting itself sounds very repetitive.

“It usually is – a one minute animation is about 500 paintings – but actually it’s quite a cathartic and playful process, which is why I keep doing it I think.

“Ink, in particular, is so unpredictable in its movement and bleeding and blooming, it keeps things fresh and keeps me learning. 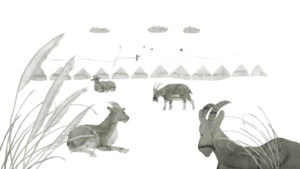 “Now that the animation itself is complete, I return to my initial aim of wanting to rave about Boscombe and sharing these voices within and beyond the community.

“This commission from The Arts Development Company was unique in that the funded artists were all in communication with each other.

“We had the luxury of also being supported by producers and local creatives Gemma Alldred and Megan Dunford.”

The animation is available to watch for free online for a limited time.

There will also be a live behind the scenes style chat live on Zoom on Thursday April 8 at 7pm.

You can register for both here.

Corrianna said: “The animation will be submitted to a selection of international and local festivals taking place over the next year or so.

“Fingers crossed that Boscombe will pop up all over the world for a few moments!”