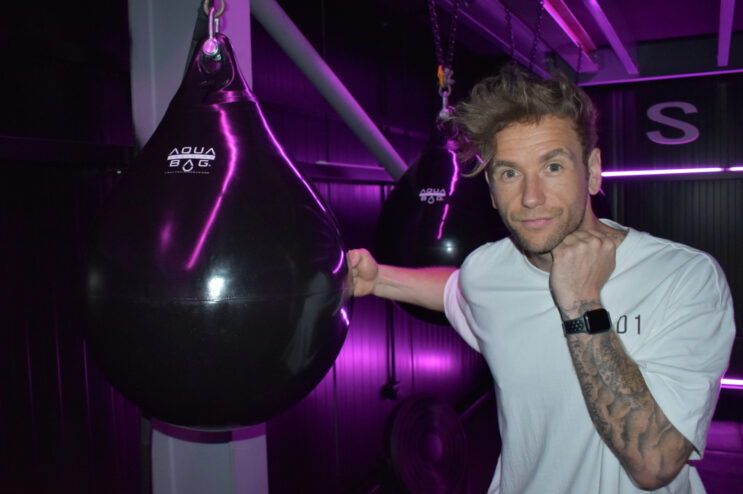 Ben Mills, Founder, YRD1: “We do two disciplines, we do them really well and we’re super passionate about it.” Picture: Dorset Biz News.
By Andrew Diprose, editor editor@dorsetbiznews.co.uk

A boutique fitness business which mixes the sights – and sounds – of a nightclub with intense workouts is celebrating its first anniversary.

YRD1 is the brainchild of Ben Mills, a certified fitness trainer, who left his full-time personal trainer job to launch the venture.

Specialising in spin and boxing classes, as well as one-to-one tuition, the activities are carried out in purple light – and for a good reason.

“People think they look stupid which means they stop doing things and giving 100 per cent. 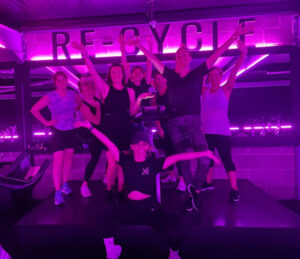 “We also have lots of blackouts when it goes completely dark.

“It gives people the chance to sink back into themselves, take a moment and think about where they are mentally.

“On our bikes you ride to the music.

“All the music tracks have different beats – a single, a double and a treble.

“You can break up a beat with speeding of your pedals in three different ways so they’re full of energy.

“Our coaches are delivering high energy and empowering our members.”

The formula seems to be a winner.

The majority are female.

Ben said: “I wanted to be a 100 per cent safe space for women so they don’t feel they’re being watched.

“It’s a given that we’ll all work out for our bodies but our body will only do what our mind tells us to do. 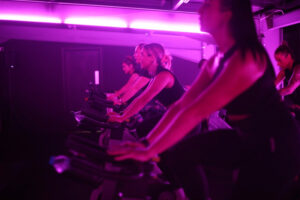 “We have to train that mind to say: ‘I’m capable of doing more’.

“People leave YRD1 after a hard workout and find they’re capable of doing more in the outside world.

Ben, who married his partner, Fiona, last December, has invested £30,000 in YRD1 including ten aqua punch bags, each weighing 13 stone, and 11 spin bikes.

Formerly working in the construction industry, he carried out all the internal building work on the 1,000 sq ft warehouse used by YRD1, including creating the separate SCRAP and Re-Cycle exercise areas.

The project, carried out during the lockdowns, was juggled with online fitness classes conducted from Ben’s Westbourne home. 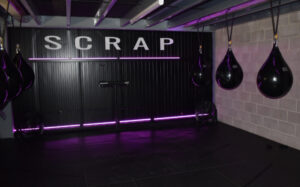 He now has two coaches working for him – Janie Morgan and Cleo Symes – and will shortly be moving into pilates as well.

Classes start at 6.30am with the last at 6pm and YRD1 is open from Monday to Saturday.

It also holds bootcamps – Camp YRD – in and around the Bournemouth and Poole area.

Ben said: “It’s a gamble but everyone knows that many people waste gym membership. 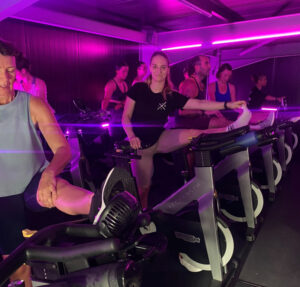 “You should be able to pay as you go and not waste your money.

“You should get a result, first and foremost, and if you pay for a class, you’re going to show up.

“We’re only as good as our last class.

“But if we’re good then people will come back – and they do because they love what we’re doing.”

Ben said that eventually he hoped to open a second site and, in the longer term, consider franchising the concept.

He added: “Without wishing to be over-dramatic but I’ve changed people’s lives massively. 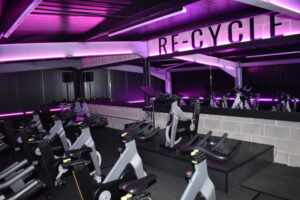 “They’ve lost so much weight and gained a huge amount of confidence.

“Conventional gyms have been doing their thing for a long time but they’re jack of all trades and master of none.

“Here we do two disciplines, we do them really well and we’re super passionate about it.

“We care about the people that come through because the community is small but the progression is huge.” 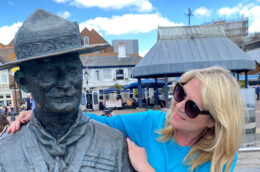